Think it can come down to awkwardness - for example in my branch of the public sector only a tiny proportion of the workforce are in unions (would estimate about 1-2% from lists). So if you strike it’s not really a big show of power but a handful of employees being seen as difficult and hated by everyone else. Still voted yes, more in solidarity with those being truly fucked over, but I’ll be honest the thought of actually striking is very anxiety inducing and part of me will probably be relieved if it comes back as a no.

We normally get an option for Action Short Of Strike (still turning up for work but not performing some duties or anything outside of contract).

I don’t think we’ve had a ballot this academic year but we’ve been out on strike most years in the last eight.

more people should start their own trade unions

Applying to have the name of an organisation entered in the Certification...

gonna try and get this “trending”

Some people view unions as insurance, rather than activist organisations.

Many members are extremely passive, and its a real challenge to boost engagement.

(I speak as someone trying to do this).

Obviously organising is the goal, but if there wasn’t assistance to individual member issues, people would question what the point of the union is.

if you go looking for which ‘perks’ you can get as a member, rather than whether it is a useful vehicle for you and your colleagues to gain more power in relation to your employer then yes of course it’s not going to be entirely appealing

if everyone approached it that way then unions wouldn’t exist

(not saying you as in you YOU but lots of people)

Quite concerned about what sort of poison the government is going to flood the media with to try and damage the nurses.

Was elected as my school’s union rep yesterday (pending training at the end of Jan). First job is to make sure every bastard gets their ballot in!

I’ve agreed to be temporary covener at one of the other campuses because the two people who really might want the job are both on temp contracts until the summer. 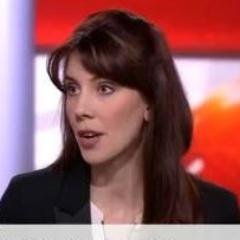 @emilykenway
Glasgow City Council says teacher Kirsty Buchan brought her school into disrepute going on OnlyFans. Buchan says she did it because she has a sick son to support. The disreputable thing here is low teacher's wages and lack of paid caregiver leave, not OF. edinburghlive.co.uk/news/edinburgh…
2 Likes
Konichiwa_Bitches 5 December 2022 10:31 #422

Got my welcome pack for my new job, it’s got a big section about how the union (CWU in this case) is cool and you should join and become involved

Definitely not working for Royal Mail then!