Jokes you don't get

I don’t get this cracker joke:

I was going to say - supposed to be coffin, not con.

to ask if anyone can explain this joke please? |

Q. What sort of cough medicine does Dracula take? A. Con medicine Just that. It was in one of the crackers at dinner today. One expects the noveltie

Seems you’re not the first…

This one explains the joke… 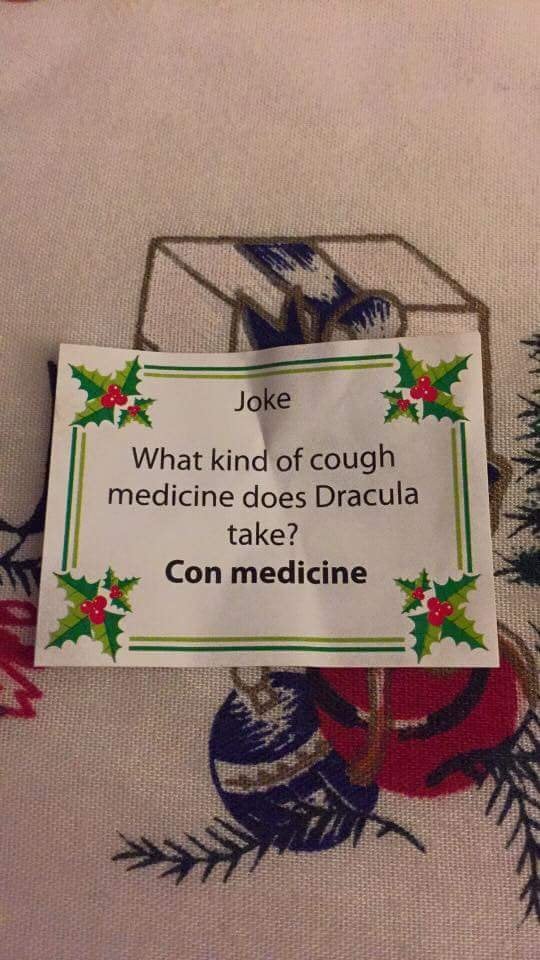 r/answers - Can anyone understand and explain this Christmas cracker joke to us?

i think i get it

What’s the punchline supposed to be?

seems you’re not the first…

Yeah con/coff doesn’t make sense because there’s nothing particularly opposite about Dracula is there?

He was kind of a con man. Sort of.

Yeah, this would be my generous reading of it.

Coffin is way better, though.

It’s a swipe at the Whitby Goth Convention. The writer of the joke is clearly from Whitby and sick of the annual gothic descent on their otherwise peaceful town. He has assumed the character of Dracula who is coughing with despair and wants some medicine to cure him of the curse of this con.

Another vote for Davidoff Con Medicine