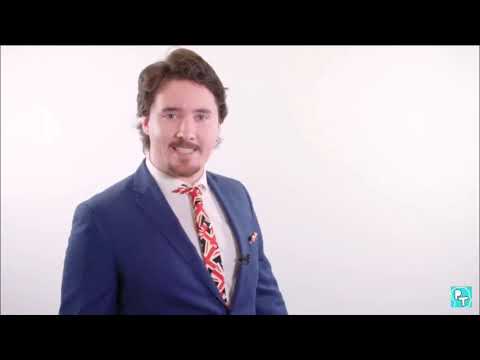 You guys have it easy. I have to put up with us opening a whole new bloody tube line with her name on it. I intend to stubbornly continue to refer to it as crossrail until I retire.

Thumbnail is spinning me out. They could’ve picked a more recent one.

Two thumbs up for extra annual leave but find it quite genuinely creepy the fawning over the Queen and the Royal Family in general.

Basically sums up the bootlicker mentality we have a lot of in this country and that we just love to be ruled no questions asked which I think sort of explains why we are where we are with the Tories.

TL:DR - thanks for the free days in the pub, stop subjecting us to medieval ruling

Pretty confident I am not going to find it in any way difficult to completely let all this pass me by.

I teach in a private school with many different non-native students. I have to deliver a tutorial on the Jubilee on Friday. I am always amazed that my students are more interested in the Royal Family than I am, and I know almost nothing about the Royal Family. Wish me luck!

idk if it’s wanting to be ruled?

I think it’s just identity. that’s why people get so angry about it when challenged, why they’ve not interrogated it much, etc

the Queen, the flag, the idea of the country, this is their sense of self, their self-esteem - their framework for perceiving reality

Being in Scotland presumably helps but other than people asking if we get an extra day off I don’t think I’ve seen or heard anything about the Jubilee outside of this forum. Not even sure when it is.

Think it makes it into the subject matter of a lot of English language books. And just general all pervasive general ‘things we know about Brits’.

In Italy a standard question when people realise you are British is ‘Do you like the Queen’. and you have to work out if they mean the old woman or the band. Although either way I can just say no tbh.

idk if it’s wanting to be ruled?

I don’t think people would express it like that but I do think it is at the core of why we have an almost permanent Tory government and moreover one dominated by cliched upper class twits. It is just deeply ingrained that these are the people who should rule

Ready to get slamdunked here, but:

Think it makes it into the subject matter of a lot of English language books. And just general all pervasive general ‘things we know about Brits’.

Absolutely bang on. One of the few things that all of my students know about the UK is that we have a royal family. Whereas I know almost nothing about the Queen!

Also, shows such as The Crown are obviously very popular with an international audience.

Yeah, all that tawdry stuff does rather sully them as an “organisation” - he probably should have been quietly deported.

“Using a walking stick, the Queen smiled as she met staff who have been key to the project and who will run the railway, including train drivers, station workers and apprentices. She was given an Oyster card and shown how to use it on a ticket machine.” From The Guardian about her opening The Elizabeth Line.

I think she hasn’t set herself up with an auto-top up though. I agree with her, it’s a pain when TfL take another £20 from you when you’ve plenty of credit left already.

She’s probably got a freedom pass.

I guess what I’m saying is it isn’t a thought-through, articulated thing, it’s just wanting things to be the way they’ve always been?

obvs this will vary according to whether you’re challenging people who rule or people who get ruled, but it’s a good idea to not make this so polemical as that just benefits the ruling class