The good news is that she has an album coming out soon! It’s called ‘In the same room’ and is out 31st March. The bad news is that it’s a live album, but it’s alive studio quality recording featuring reworked verisons of old songs - so kind oflike a new album (but also not at all).

Here’s a song from it:

also she just put up a solo live set on her soundcloud page:

Feel free to discuss how great her music is below! or don’t, see if I care! (I do)

I’d love a new studio album, though I can hardly ever complain given that she released Tragedy, Ekstasis, and Loud City Song in such quick succession. That amount of development and inventiveness in just three years totally floors me. Have You In My Wilderness was great, too.

I’m obviously going to pick this album up. I’d particularly like to have recordings of some of the earlier stuff in this context – when I saw her live in (I think) October 2015, I was surprised at how well those tracks translated to the live set-up. ‘Marienbad’ blew my mind.

The whole show did. I am a sycophant, but justifiably so. Yeah.

Silhouette is an amazing song

yeah I wish I’d gotten the chance to see her when she was touring the first 3 - have only seen her since wilderness came out, so the sets were obviously heavy on those songs.

Think Loud City Song might actually be my favourite now - it’s got such a weird almost hallucinatory feel to bits of it, but she can basically do no wrong it seems.

I have a full film play in my head when I listen to Loud City Song. I think it might be one of the reasons why I decided to study a film Masters.

Did you hear the actual film soundtrack she did for ‘Bleed for this’? was disappointing how soundtrack by numbers it sounded compared to her other stuff, although this song has great saxophone:

you’re fine to consider it a new album. i consider unplugged in new york nirvana’s fourth official album (my 2nd fave too). the songs are performed so differently they’re effectively totally new tracks.

Think this was her first ever show in this country. I was in the 2nd row. The cello player kept nodding off. One of the best gigs I’ve ever seen

She’s so brilliant.
Easily my favourite output of any artist this decade, 3 1/2 stunning albums all with their own distinct feeling to them. think hyimw is my current favourite but depends on my mood really

Think she’s got better with each record, loved HYIMW.

this is great eh guys
breakdown at the end of silhouette

I kind of wish that it reinterpreted more of the early stuff, as that would be (and was in the case of So Lillies) most interesting to hear in a new context. Bit of a tease naming it after one of my favourite of her songs and not featuring it. That’s my only issue though, really.

Can’t wait for her next studio album, as standard. 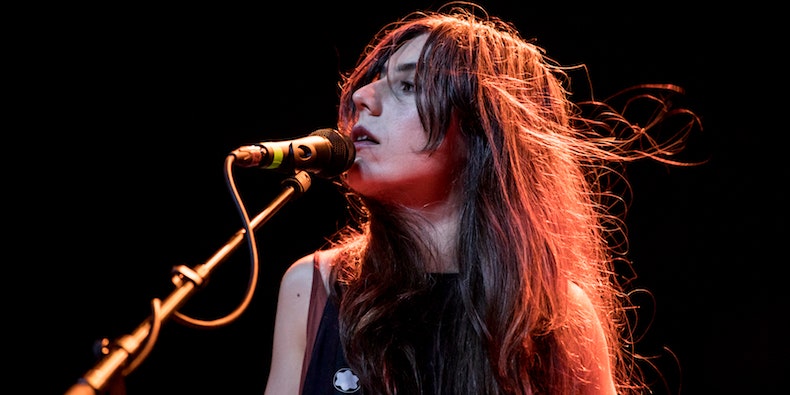 Julia Holter to Perform 2011 Album Tragedy as an Opera

i saw her in brudenell club in leeds supporting peaking lights years ago. super good.

saw her there a couple years ago, was also super good

Really digging it. Much more synth heavy than HYIMW, at least. No indication of a new album yet, but I guess we can at least assume that this is the kind of sound she’s focusing on right now

It feels like the general toolkit of Ekstasis (synths and that) but with the fidelity of the more recent albums. I dunno if I’d assume that’s reflective of future material bc I’m assuming there’s an extent to which she might not use the same band setup she’d use to record an album to release something for Adult Swim.

this is very nice

i have to ask - where did she lose the half grade?