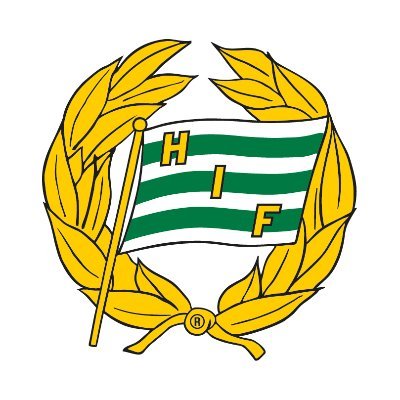 Any players your team is still desperately missing?
Any pre-season games you’re looking forward to?

Booked a batch of tickets for the upcoming season this morning. The cunts have whacked the prices up by a fiver per ticket. Get the good press of freezing season ticket prices but hike the rest. Knobheads.

Any players your team is still desperately missing?

looks like we have one senior centre back at the moment seeing as Mepham went to Bournemouth in January, Barbet went to QPR on a free and Konsa’s going to Wolves apparently. given we play three at the back this is an issue. we have some very highly rated B team players who might get a look in, but not sure i fancy two out of our three centre backs being that inexperienced.

we also have no first choice goalkeeper after selling Bentley to Bristol City, and although we still have Daniels he’s a) rubbish and b) apparently going to Leeds?!

plus some of Benrahma, Watkins, Maupay and Sawyers are blatantly off. oh dear.

away to AFC Wimbledon on Friday. given i can see the ground from my house but haven’t been for a match yet, this is good. £15 for a friendly between a League One and a Championship side is a bit of a piss take though.

Queens Park are playing PTFC in Airdrie because Hampden is getting a pitch change or something.

Quite enjoyed seeing a clip of West Ham players arriving for the first day of training today. Loads of them turning up with wheelie suitcases and loads of bags and then just one player turning up holding a pair of boots.

just one player turning up holding a pair of boots.

Andy Carroll didnt get the message then

Can see em going up a fiver at the Wolves for this season too, seeing that they bumped the season tickets up.

Need to try and sort prawn sandwich tickets out for the Brighton game in March for the old man’s 60th when all the hospitality shite goes on sale on Wednesday.

Still not sure who will be in the dugout in 5 weeks time. Latest in the frame is Phillip Cocu

Uganda got out of the group as well \o/

1.89 goals a game at the moment, let the good times roll!

is Luca Connell much cop? we’ve just signed him from your boys

The Rodri transfer has dragged on. Fairly typical of major City dealings these days since there’s a determination to create something resembling a reasonable pay structure on the club’s side, whereas the agents obviously continue to see them as a blank cheque meal ticket. I’m mostly in favour of City being patient, but it doesn’t half make the business fraught. No idea who they’d bring in instead if his representatives upped and pulled the plug; one of the reasons it’s taken this long to source a replacement for Fernandinho is that there simply aren’t that many of that type of player available at the moment.

Perhaps more worryingly, the Maguire rumours refuse to dissipate. Can still see us signing him in a last minute off-season panic as a result of other business refusing to materialise.

Still only signed one player despite loads leaving. Danny Mayor and Nicky Maynard are both supposed to be arriving this week though so that could be good.

Our lot are back in for pre-season today then we are going to Morocco for 2 pre-season friendlies.

Really want to go the thought of seeing Oldham in the July heat in Casablanca is just too hilarious to not want to see.

The most important business Shrewsbury have done is signing a player who turned up to his unveiling in a Simpsons t-shirt.

Irrespective of how good he is, he’ll automatically go into my top ten players of all time as a result of this.

Not going to any of these, obviously.

Mayor is a real “what could have been” player for us.

He looked absolutely fantastic when he broke through as a kid, but got completely derailed by Graham Westley being a total sociopath and forcing him out of the squad for over a year to go train 30 miles away from the rest of the players (he’d apparently asked Mayor is he could see himself playing at a higher level than League One, and apparently saying “yes” was the wrong answer…).

Think he’d have been quality at Championship level at the very least if he’d have been handled better, good to see he’s being doing well for Bury recently though. You’ve got a talent on your hands for sure.