Who has he signed for?

Whilst I don’t disagree with you. For the full £250,000 to be met he’ll be hitting performance targets that will mean he’s “earning” it. It’s not his basic wage.

Fair comment. I wonder what his basic is then? Really hope he turns into a striker that is worth that much, but he’s so frustrating. Seems a GBOL too.

I would quite like Tottenham to sign some of the players that are supposedly over the line, done deals, confirmed, itk

That one seems to have gone quiet, maybe there’s someone else in the pipeline #itk Signing completed earlier. Quite excited by this one, he was really good last season for Bury and obviously knows our manager and performs well for him. Just need about 6 more like that please.

Hmmmm not sure. I think he possesses a lot more than all of those four in terms of being an all-around striker. My slight concern would be that he’s become reliant on playing alongside a foil like Jutkiewicz (I probably haven’t spelt that right) and Southampton haven’t got a similar target man build of a striker. I still find it fascinating that he is 27 this year. I thought he was the same age as Rashford for some weird reason.

Back out on loan

Benitez could have spent a little longer and picked a much bigger club, surely? 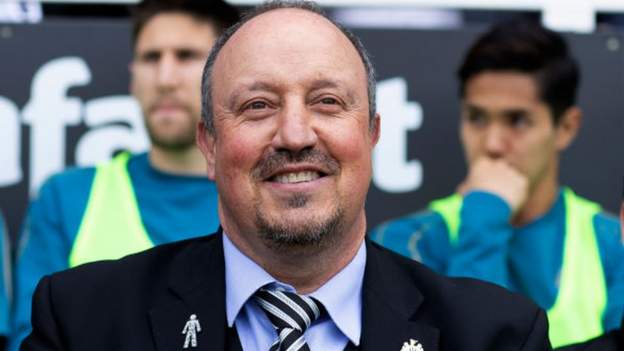 would he have gotten a £12m contract elsewhere but?

Can do it for a year, make a cooooool £12m, then take another bigger job.

Outside of the football, I always got the impression that he was less motivated by money and more about keeping his family settled.

AFC Bournemouth might actually have some tangible asset from the oilball years. 57 acres!

Yeah that was what he said when he took Newcastle wasn’t it, that his kids were still in school in Liverpool. Maybe they’re a bit older now and he doesn’t mind as much idk