A place to talk about Junji Ito, the celebrated manga artist/writer and his creepy, creepy worlds.

For anyone who’s not familiar you can (and should) read his short story The Enigma of Amigara Fault here (https://m.imgur.com/gallery/Wht7z). Remember it’s a manga, so read right to left from top to bottom. 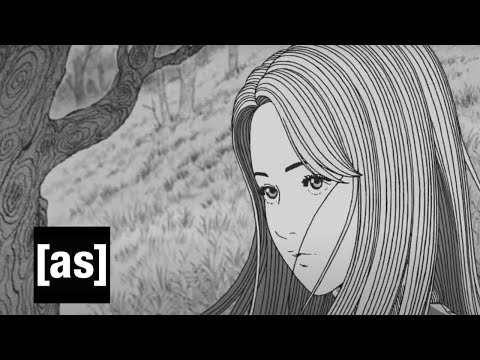 Never come across him before, but I enjoyed that story a lot - thanks for sharing! Might have to check out Uzumaki.

I read some of his cat stuff a long time ago, but the horror ones are too much for me, would watch this though his art style is really cool

Love him, think he could be described as a Japanese Stephan King and it’d still be doing him a disservice. Can’t really think of anyone else who captures such a wide variety of ideas and monsters within horror.

Also got ‘Gyo: Death Stench Creeps’ the binding for that book is lovely also got Tomie and Lovesick Dead, need to find some compilations of his shorter stories.

The hanging balloons stayed with me for quite a while I çan tell you and army of one. Big fan.

Glyceride, if you ever want to feel like you need a lot of showers You know how sometimes you are exposed to a piece of media when you are young and impressionable and it kind of burns a hole in your brain and it crops up in your mind every now and then?

That’s my relationship with the Enigma of Amigara Fault.

Need to read me some Ito. Got my sibling Uzumaki one Christmas and I kinda wish I’d read it first before giving it away

Not grabbed you yet? It gets very good.

Oh no, it totally grabbed me. Read chapter 2 as well and had to turn my phone off as I would have been up all night reading it. I couldn’t sleep afterwards.

Finished it… that was wild!