Just in case you aren't sure 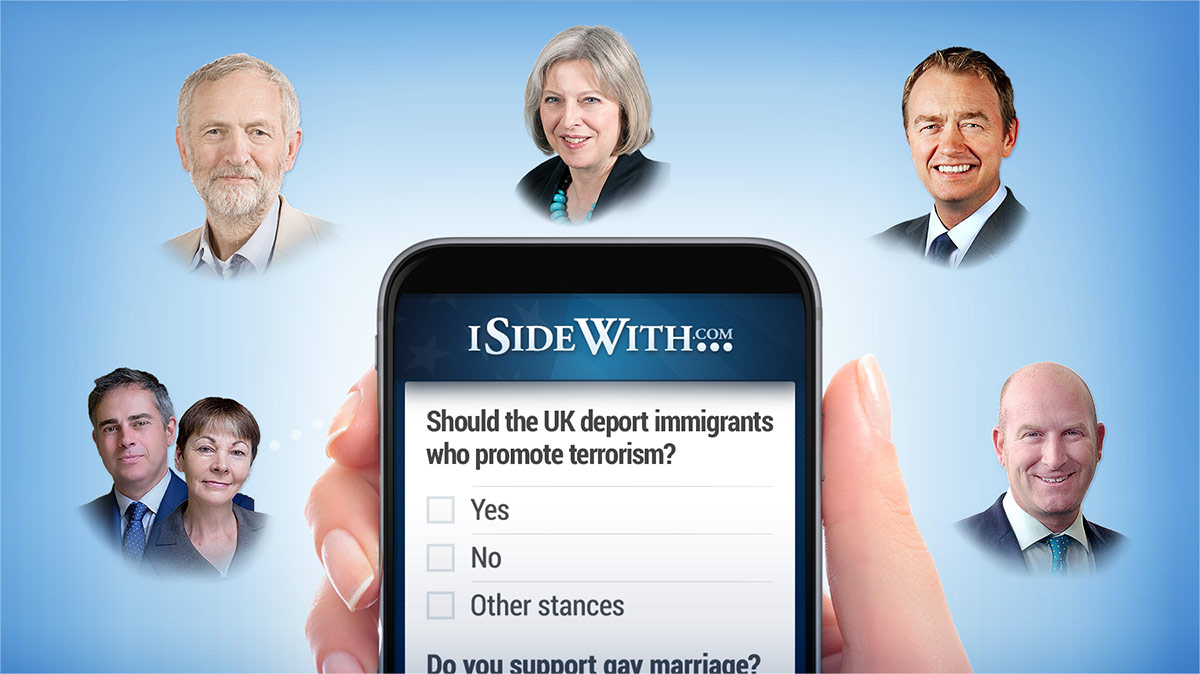 Answer the following questions to see how your political beliefs match the political parties and candidates in the June 2017 snap election.

ha ha almost fucked it at the first hurdle

I’m too stupid for this quiz.

I don’t really agree with these ‘vote for policies’ type quizzes because the record of parties to stick to policies seems quite poor.

I mean you might reasonably say 2010 that people voted Lib Dem based on policies and then they failed to deliver so where does that leave you?

Yer man Farron won’t be best pleased with that.

interesting they think there are no Greens in my area but that there are Labour/Lib Dems.

telling me I can’t vote SNP but can vote UKIP

which isn’t true. it never asked me where I was and can’t see where you can change it?

me neither, assumed it was gonna just give me the main UK parties but then i saw Gerry’s big happy face appear.

so is the BNP i guess. are they still even a thing?

forgot about them til they popped up there. can’t believe i have 35% in common with them

“Your political beliefs would be considered moderately Left-Wing on an ideological scale, meaning you tend to support policies that promote social and economic equality.”

I really hope the right wing comment is just the exact opposite of that.

Your political beliefs would be considered strongly Left-Wing on an ideological scale, meaning you tend to support policies that promote social and economic equality.

Turns out we share the same views, I’m just a bit stronger

Yer man Farron won’t be best pleased with that.