Thought it was good though. The opening act was really well done, very well executed, particularly with the ambiguity around Skarsgard’s character. Would have liked a bit more of Frank and I thought the ending was strangely abrupt though

Just started The Rutting Season aka Dark Hollow by Brian Keene. Starts off with a pretty attention-grabbing scene of a woman going down on a satyr in the middle of the woods. Said satyr then pees on the woman and gets some in his own beard. Why am I reading this? It’s actually calmed down quite a lot since that opening so am intrigued to see how it all plays out…

Saw The Menu this afternoon. Horrorish, was really good to begin with but got increasingly ridiculous and the ending was a bit meh. Pretty heavy handed on the satire, but quite funny and looked beautiful. One of those films where the characters behave exactly as they should to keep the plot going rather than being in any way realistic. I suppose that describes most horrors!

Shudder has put on The House At The End Of Time so I gave it a watch not knowing anything about it. I thought it was absolutely excellent. Think going in blind is the best way (although the film’s title reveals a bit about the themes of it) but it seems quite standard haunted house fare until the final act which I thought was excellently done and worked really well. Would very much recommend

Rings a bell but not sure if I’ve seen it or not. The title is somewhat ubiquitous. Might watch it later.

American Horror Story S2 : Part 2
Loved this one, definite xfiles vibes. Liked very much the aesthetics and great plot. Agree with @guntrip definitely could have watched another 2 or 3 episodes, too much of an abrupt ending…like what happened to yhe rest of the people in Area 51, and the hybrids.

X (2022)
Really really enjoyed this, again good aesthetics - and good to see something not 90’s set as seems to be very popular at the moment but rather 70’s which along with Texas rural setting gave it definite TCM vibes which is a winner for me.

Excited to see Pearl next!

Enjoyed it! Thought it was good how the story developed from the first, the suspension of disbelief of Art The Clown then Sienna returning from the dead kind of worked. Had a long run time but never at any point did I get bored/wanted it to hurry on, the content continued to deliver enough to keep me engaged. It was of course very violent/gory at points, but in a really outrageous silly OTT way so I dont know how much there is in the coverage that people are fainting. New creepy addition with The Pale Girl, incredible acting and of course the actor who plays Art The Clown plays him in such a creepy, menacing but comedic way - with the miming etc.

Overall would recommend to fans of slasher/gory/ott horrors!

Yes! Loved rewatching the original so much recently, that I figured I have to give this a go. Expectations are set to zero, so I’ve got nothing to lose…

Expectations are set to zero

You have set them appropriately

Watched last night: Candyman - Farewell to the Flesh. Well, against all the odds, I actually really enjoyed this. It’s no forgotten masterpiece, but it was way better than I’d assumed it would be. For a start, it feels like the creators here cared - it would have been so easy for them to jettison everything that made the first film so good, upped the kill count and introduced a bunch of annoying teens to be offed every 10 minutes. Fortunately, this does not happen. This one really sticks with the mood of the first one, going the gothic romance angle with death by bloody hook intervening every now and then. There’s a clear connection to the events of the first film which helps to make them feel like part of the same universe while allowing the story here to go in a new direction. The setting switches to New Orleans, always a good location for a movie to take place. Also, Phillip Glass is back to do the score which again, really helps to make this feel like it was cut from the same cloth as the first one. We get a more in-depth depiction of the Candyman’s origin, which doesn’t completely suck and there’s even a Horcrux as the central McGuffin. Sure, some of the performances aren’t great but Tony Todd is as magnificent as he was in the first one. Seriously, other than the fact that it just feels a lot like a mid-90s horror sequel, I couldn’t find much here to hate on. Bizarrely, I find myself recommending this (for everyone except @TKC). Gonna give the 3rd one a go at some point and I hear that’s really bad. I can’t wait! 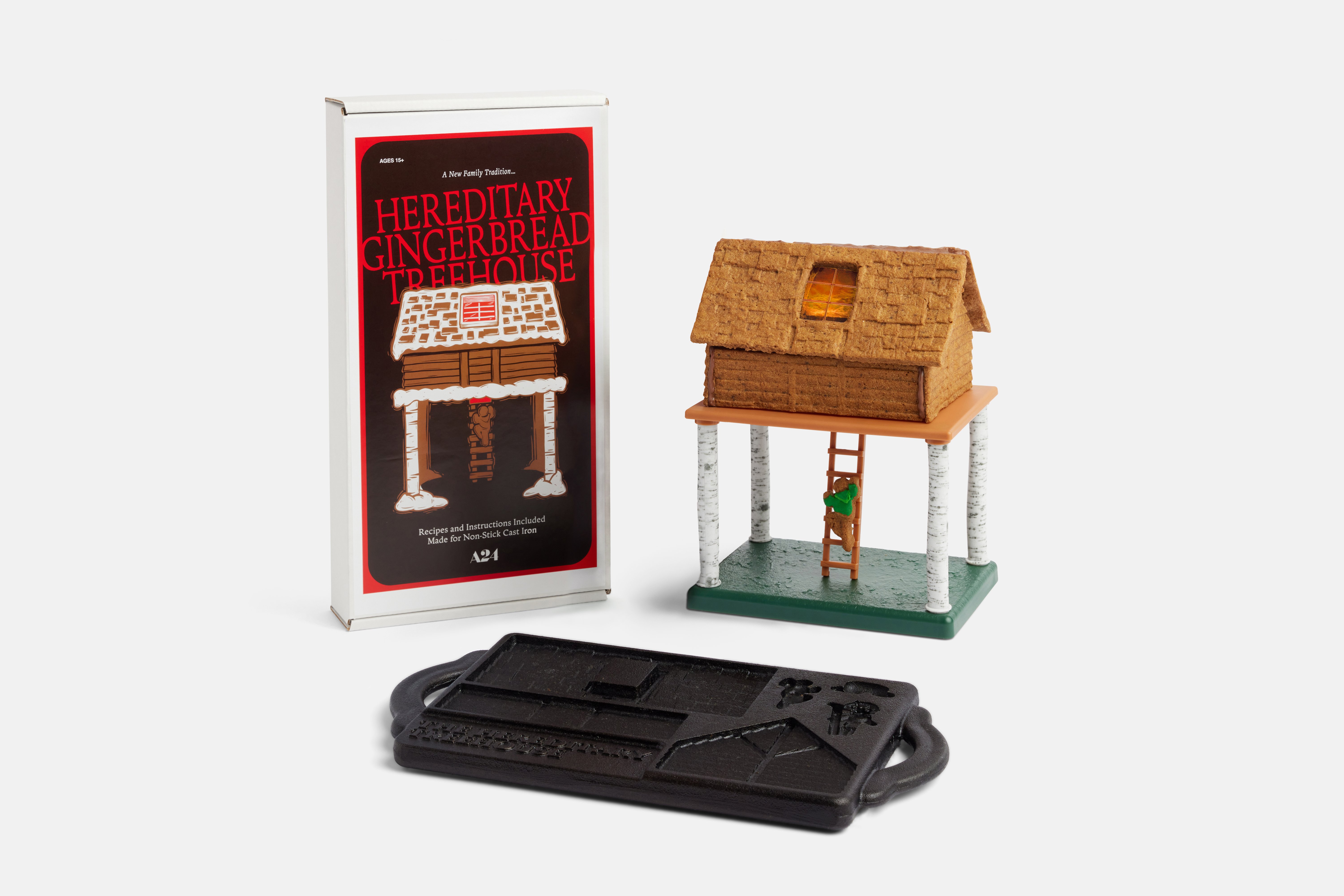 A new family tradition.Specialty gingerbread house kit including a cast iron mold plate, plastic treehouse base, recipe card, instruction booklet, and a tealight to illuminate your treehouse at night. Cast iron base builds one complete...

tangentially, so nearly bought this t shirt earlier but already have so much Pale Girls stuff