I’ve seen the first two but not the last one. This looks like an amazing night, I’d go in a heartbeat if I lived anywhere in the vicinity. Perfect festive viewing.

Loved this, a lot of the imagery has stayed with me

Oh good Pearl has got a UK release date - of mid-March 2023?! No wonder everyone’s just found a way to watch it already

I loved the bit where the wife is navigating her way round the labyrinthine council estate. Talk about urban wyrd.

The Wonder - obviously a beautifully made film. The brechtian bookending has been quite controversial I read, but I liked the way that it highlighted the theme of suspension of disbelieve (I assume this is what it was intended to do - I’m no marine biologist). Florence Pugh is great, as she is in everything. Some of the supporting cast felt a little underused, particularly Ciaran Hinds who barely got to do anything. Toby Jones by comparison got to at least try out an Irish accent. Felt that the central premise was a little…slight however? Got somewhat stretched out over the run time. Still, enjoyable watch. 7/10

Hubie Halloween - held over from Halloween as we didn’t get a chance to watch it with the kids back then. Light enough family film that a pleasingly classic US halloween design to everything. Some entertaining cameos and supporting roles (would have liked to see Maya Rudolph get to do more). The most grating thing however is Adam Sandler in the lead doing yet another simpleton role - there’s no denying at this stage in his career that he is a very capable actor, but the stupid act really feels at the edge of what is acceptable to portray on screen. 4/10 Beast - feels like I haven’t seen an animal attack film in ages. Will admit to having a soft spot for that films that features Liam Neeson punching wolves in their stupid faces for two hours, and this felt like a reasonable companion piece to that. For what is essentially a B-movie, the cinematography in this is actually pretty great and gives a real vista to the South African countryside. The CGI lion is quite fun too. Nice to see Idris Elba get a slightly more throwaway role for a change - he doesn’t have to be brooding all the time, and does quite a good job as a combo sensitive single parent and lion battler in this. Fun. 7/10 The Menu - another enjoyable if slightly silly watch. And another film that is filmed absolutely beautifully - not one to watch if you are already feeling hungry. This reminded me somewhat of the Hannibal TV series, and the interplay between the ultra-controlled Ralph Fiennes and the wildcard Anna Taylor Joy makes this film. That said, the ensemble cast provide an entertaining bodycount also. 7/10 Blood Relatives - better than the slightly naff 90s style poster* suggests, this puts a nice new spin on vampire lore. Noah Segan, who I know from supporting roles here and there, writes, directs and stars in this and does an excellent job on all three fronts, giving his character an immediate charm and believable world weariness. Victoria Moroles provides and excellent comedic foil, and the kills in this are all suitably amusing. Zips along at 88 minutes. 7/10 Mr Harrigan’s Phone - another Stephen King short story made into a film (don’t they all?), this has the classic awkward teen in small town USA setup that he uses all the time. It’s a nicely shot film, but it felt like it in no way warranted its one hour 45 runtime. I checked after 60 minutes as it literally felt as though almost nothing had happened. It’s always nice to see Donald Sutherland doing his thing in fairness, and who knows how many performances from him we have left, but overall I can see how this would make a better novella than feature. Strong, strong product placement in this - if you’re currently umming and aahing about buying an Apple device, this could well be the tipping point. 5/10 *EDIT - just found a better poster for this not one to watch if you are already feeling hungry

This looks potentially…incredible? And not in a Sharknado so-bad-that-actually-it’s-just-bad way, but like it might actually be good… 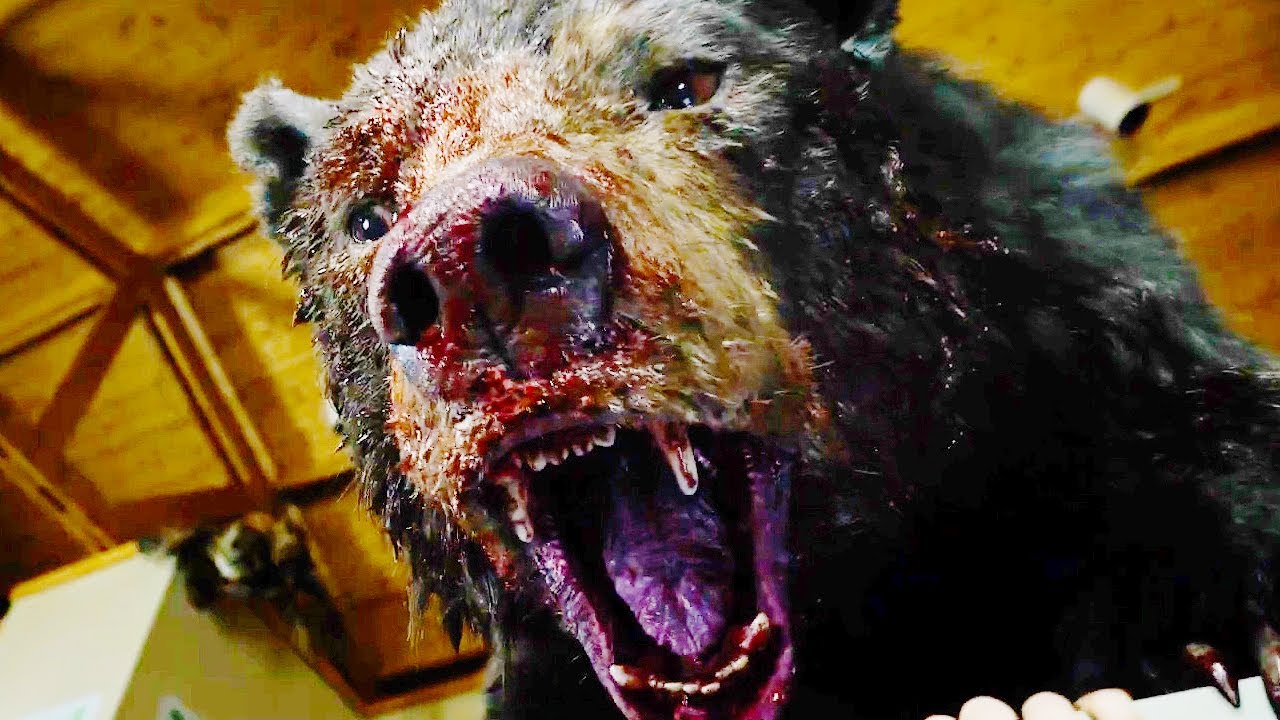 Elizabeth Banks produces and directs. Features one of the final performances from Ray Liotta. February main release, so I assume they are currently doing the necessary to get it lined up for awards season

Well…it is a bear tbh tbf

A Wounded Fawn is a load of bollocks really. Starts off quite promising as a well made psychological thriller type piece but then half way through it switches gears completely which ends up being a load of disjointed nightmarish visions without any real story. Sick of films like that really. Very disappointing

Yeah that was not good

A big failing of it is that it isn’t scary at all. The cenobites look so fake and CGI that it’s impossible to be even slightly grossed out by them and they do an awful job at establishing Pinhead - she doesn’t show up until over an hour in and when she does, its just the odd ‘profound’ phrase uttered There’s no danger or menace really

There was a bit of chat up ^there about the director’s previous films, and I’ve just noticed that there’s a feature version of his segment from the first V/H/S. Anyone seen it? Siren (stylized as SiREN) is a 2016 American horror film directed by Gregg Bishop and written by Ben Collins and Luke Piotrowski. It is the first spin-off film in the V/H/S franchise and feature-length adaptation of "Amateur Night", David Bruckner's segment from the 2012 anthology horror film V/H/S. It was released on December 2, 2016 in theatres, on DVD on December 6, 2016 and on Netflix January 1, 2020. One week before his wedding day, Jonah and his groomsmen hit the town for a wild night of On...

I have (think it was on Prime for a bit) and I don’t remember much about it. I think it was fine but I’m not sure it added much to the short - which I love and is one of my favourite VHSes.

This aired at FrightFest over the summer and got good notices, so had had it on my watchlist since then. Is indeed pretty good. Definite hints of Carrie to this, as a smalltown schoolgirl is relentlessly fat-shamed by everyone around her. The rural Spanish backdrop is gorgeously shot, with sweeping plains edged by mountains. The performance from Laura Galán in the lead is fantastic - hopefully she goes on to do lots more. This is adapted from a short film, also starring Laura Galán, and it sags a little in the middle. The ending however is pleasingly extremely bloody and satisfying. 7/10 Kids vs. Aliens is a 2022 American science fiction horror film directed by Jason Eisener and written by John Davies and Eisener. It is the second spin-off film in the V/H/S franchise and feature-length adaptation of "Slumber Party Alien Abduction", Eisener's segment from the 2013 anthology horror film V/H/S/2. It stars Dominic Mariche, Phoebe Rex, Calem MacDonald, Asher Grayson, Ben Tector, Emma Vickers and Isaiah Fortune. The film had its world premiere at Fantastic Fest on September 23, 2022, ...

This is on its way too

Awful title, why would you do that