rewatched again quite recently and genuinely “liked” it. Thought it achieved what it set out to do pretty well, was nicely grisly and dirty, and did pretty well at showing the real idiots as the imperialist tourists and not the locals (though still indulging in plenty of “ooh aren’t these natives so crazy and unhinged”) as well

animal stuff can obviously be a sticking point for many and it’s plenty violent and graphic, but idk - it felt earned and not torture-porny at least? Think it truly is an exploitation film in every sense of the word

I totally know what you mean about Phantasm. I think this is one of the few films where my opinion has been completely turned around by seeing a decent copy of it. I had it on VHS back in the day, wrong aspect ratio, super dark print and it just didn’t connect at all. When I got a DVD player, I bought it again for some inexplicable reason and completely fell for it - in fact, the Phantasm series is probably my favourite horror franchise. Just knowing the love that went into all the films, the fact that Don Coscarelli was involved in all of them and that they managed to keep using mostly the same cast members in all of them makes them very special (to me).

I really don’t know what it is, I think it’s a sort of cheapness aesthetic to it which makes me feel a bit uneasy - but I don’t mean uneasy in a scary or creepy way, like it doesn’t sit right with me? This is a weird comparison but like when you see knock off toys like the below

I get the same sort of feeling. It’s the same way stuff like Sharknado or things like that don’t appeal even as a novelty value, there’s just something about the production which goes through me and I think those sort of 80s films are kind of the same?

I’m aware this makes me sound really snobby which isn’t the intention at all!

Sounds like a perfectly acceptable uncanny valley feeling to me

DiS is sending messages to people to slide into my DMs?!

I think this is one of the few films where my opinion has been completely turned around by seeing a decent copy of it. I had it on VHS back in the day, wrong aspect ratio, super dark print and it just didn’t connect at all.

God - having watched soooo many crappy rental copy VHS horrors in the early 90s, I wonder how surprised I might be to see them polished up for the modern day.

Actually, there used to be a pirate video guy who frequented my stepdad’s garage from whom I picked up various ‘banned’ films that I watched for the first time in terrible quality. Reservoir Dogs, A Clockwork Orange, The Exorcist - watched all of them through a grungey fog and only realised years later what well filmed movies they are. Aside from The Texas Chainsaw Massacre - that looked pretty much the same…

‘Dashcam’: inside the most insane horror film of the year (nme.com)

Excited for this as I loved Host. Not sure how ‘insane’ it looks however NME…

Watched recently: David Cronenberg’s The Fly Had gradually been making my way through the original Fly films. The first one is a classic, the second one not so much and the third is largely a Fly movie in name only, but is a lot of fun. Now, I’m pretty sure that I’d never seen the '86 version all the way through before but I’ve definitely seen bits of it on TV. Probably not much point in a recap because I’m guessing I might be the only one here that hasn’t seen it. Overall, I thought it was good. Maybe even great. But… maybe not a film that really did that much for me. Like, it’s undoubtedly a well-made piece of horror with good performances and amazing effects. But I don’t think I’d ever include it in a personal top 100 say, unlike a lot of online reviewers. I’ve not seen a ton of Cronenberg, as body horror isn’t my favourite sub-genre. I do have a lot of time for Videodrome, but this felt way more Hollywood and nowhere near as subversive as some of his other stuff. Nothing wrong with that necessarily, but again, it just didn’t do much for me. Weird.

Read recently: The Restless Dead by Hugh B Cave Books like this are complete comfort reading for me; just over 300 pages of well enough written horror that’s not going to change my life but which is completely engrossing for the time you’re reading it. All the blurb on this is keen to point out that Cave was a ‘grandmaster’ of horror. This was published in 2003 and Cave started writing for the original American pulps back in the day, so fair enough. The story here is voodoo-themed and with Cave having lived in Haiti for several years, he certainly seems familiar with the language and processes of voodoo ritual. Throw in giant animals, mysterious underwater caves, a creepy old family in the Florida backwaters and an old woman who randomly develops psychic powers halfway through and you’ve got a book that’s well worth picking up if you ever come across it in a second-hand bookshop some day.

Hugh B Cave is a great horror writer name tbf…

I was telling my wife about it and she was like, ‘Hewby? Who’s called Hewby?’

Watched recently: The Changes I posted about the first episode of this recently, so I figured I’d come back now that I’m done with it. I loved this. Of all the 70s kids horror/sci-fi shows I’ve seen over the past couple of years, this is easily up there with Children of the Stones as one of my favourites. The plot sees Nicky Gore, a young English schoolgirl, doing her best to survive by herself after the changes of the title occur: most of the population is inexplicably compelled to destroy all modern technology. The series is based on a trilogy of novels and the series here follows that same basic sequence. The middle sequence is maybe the closest to real horror territory that the show visits, with a folk horror/Witchfinder General-esque sequence in which Nicky is accused of being a witch. But if you’re a fan of 70s TV aesthetics, you’ll find so much more to enjoy about this. The finale is very pleasing too and takes the story in a very different direction to much of what’s come before while still remaining tonally consistent. Again, I loved this and can’t recommend it enough.

Wanted to see Vortex but missed the showing so went to Firestarter. Had neither seen/read the original film or the book, or even heard of them so went in totally blind. Fuck me it is a dull slog. Never a fan of 'kid has special powers and parent hides them from authorities’type films but this was just nothing of a film and has an absolute bollocks ending.

I also saw Spontaneous on Netflix which i know is a favourite on here but i found it far too smug and pleased with itself. Think I’d even say I hated it

This gets straight into the supernatural element from the first scene, which was pleasing. It then takes a pause to pivot to a Mean Girls style girls school clique, which felt a little jarring, before eventually steering back to…a vengeful ghost, a serial killer, something else? This is something of a mashup of genres, and I’m not convinced it’s always super successful. The cast are entertaining enough, particularly the central pairing of Brits Suki Waterhouse and Ella Rae-Smith, although some of the supporting cast are essentially only there to up the body count. Curiously for a horror, the film seems rather coy at actually showing any violence or gore*. The ending is fairly ridiculous, but overall this is fine as a 90 minute popcorn flick. 5/10

EDIT: *caveating this - just remembered that there is one very amusing kill right at the end

So I think the Happy Death Day films are genuinely the best horror-comedies to come out in the last years, and probably some of my fav timeloop films just in general

Rewatched the second one last night, wondering if I’d been too generous on first watch since I was massively high at the time, but nope - it was still great. Engaging lead character, they got a lot of laughs from me for how they handled the repetition, loved the maths montage, and all the stuff with her mum was properly emotionally affecting. Not a lot of easy accessible horror that deals with those questions of fate and trauma and acceptance!

Big ole 4 stars for both films from me

I’ve not seen a ton of Cronenberg, as body horror isn’t my favourite sub-genre. I do have a lot of time for Videodrome, but this felt way more Hollywood and nowhere near as subversive as some of his other stuff. 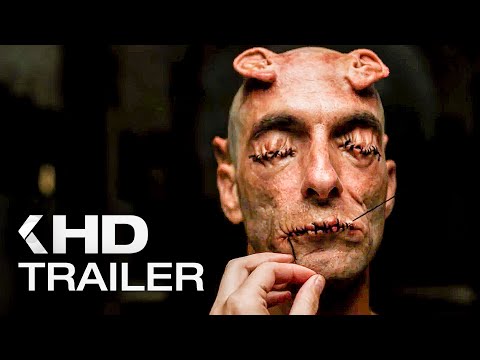 Agree - think they are both great. Assumed the first one would just be some lightweight fluff when I first watched it, but it is really good. Then loved the switch to a completely different yet consistent tone for the second. Inspired my look for Halloween 2019 too…