(In the general sense of musician who says/does shitty stuff still being listened to, not a comment on what Kanye has specifically done compared to other artists)

Would feel the same if it was a Smiths track. Probably MJ as well - a Twitch DJ we used to have on would play his stuff and it was proper icky.

But also it probably is worse given current events. There is all the music in the world to choose from, and you’ve gone for this? Come on.

Would feel the same if it was a Smiths track. Probably MJ as well

fair, didn’t mean to say thats not a legit view to hold. Moreso that they are often everywhere without comment by the majority of people, so I feel playing Kanye falls into that bracket too - will just be “ah nice, good tune, stick it on” for a huge number of people without any thought beyond that. Even a lot of people who would agree that the things those artists have said/done were unacceptable

Take your point, I do mean I find it particularly jarring with it being right now especially though. I think the nature of the current narrative around him as well, you have a lot of shitty people using him / his words to further their own shitty agendas, and I don’t know, I wouldn’t really want to have anyone even consider that that’s what I’m attempting to do in a micro sense with my choice of music.

Yeah I’m with you. I’m happy to separate art and artist, even though I’ve had little appetite to listen to Kanye lately, but I wouldn’t play his music out around my friends right now… Let alone if I was curating a public playlist. At best a bit ignorant or ‘edgy’, at worst… uncomfortably close to making some sort of a statement

the article mainly talks about the second half of his career. i think it’s possible he changed. maybe power going to his head, maybe other reasons. there’s stuff from earlier that he’s gone against…

“if my manager (in clothing industry) insults me again, i will be assaulting him” to being that manager, shown in article.

don’t know how sincere he was then or about his behaviour then and not trying to advocate for all his early actions/ lyrics.

anyway, hope we don’t hear from him again, for his platforms to be removed

Think senior heads should roll at Adidas for this.

Absolutely agree with this. Doesn’t sound like there’s any way they can plead ignorance to this.

Oh yeah, and Nicki Minaj on the MBDTF sessions:

Apparently he asked Trump to be his running mate for 2024, and Milo is his campaign manager.

A literal fascist, then. 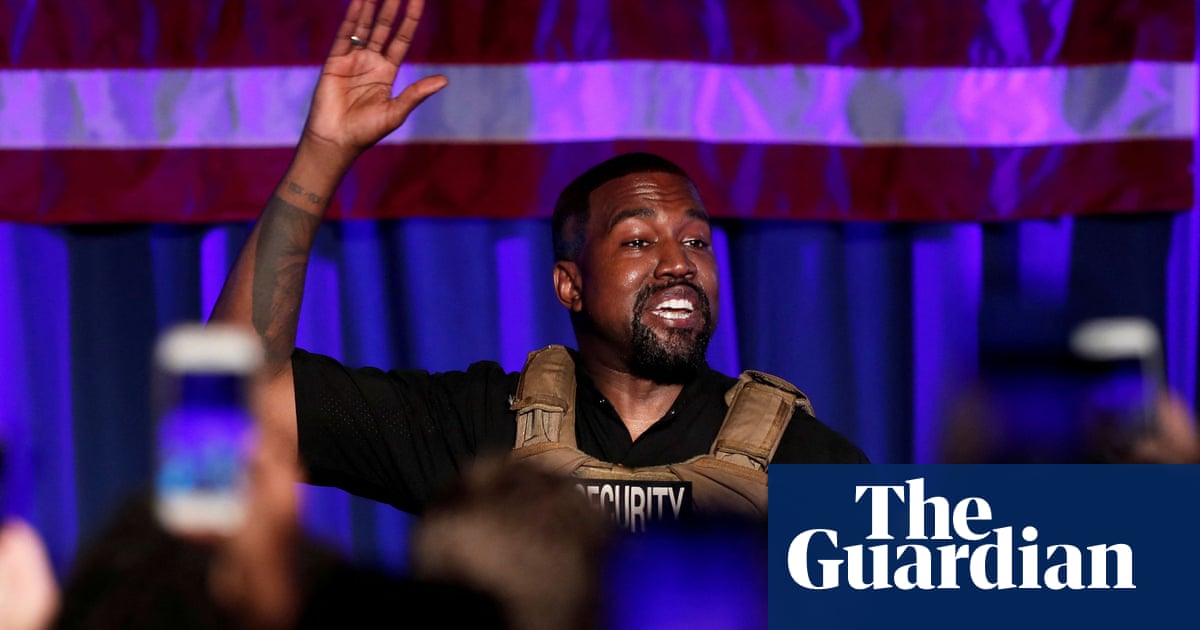 The declaration of his candidacy, which referenced several political figures and aides associated with US white supremacist and anti-democracy movements, would make him the second person to enter the race after Donald Trump

Giving Joe an easy ride if he’s syphoning off a chunk of the fascists, I suppose.

Doesn’t say if he’s standing as an independent or if he’s going to be in the Republican primaries.

Anyone know how you qualify for the primaries?

I dunno really. I feel like anyone can put themselves forward for a party nomination?

Bernie isn’t really a Democrat despite campaigning twice for their nomination.

Can’t imagine Kanye is organised enough to deal with any party processes though, he only got on the ballot in a handful of states last time. Plus I’m not sure he’d even want to.

Several days ago, Ye was seen in the company of white nationalist Nick Fuentes at Trump’s Mar-a-Lago country club and home. In the subsequent video, titled “[Mar-A-Lago Debrief]”, Ye said Trump “started basically screaming at me at the table, telling me I’m going to lose. Has that ever worked for anyone in history? I’m like, ‘Wait, hold on Trump, you’re talking to Ye.’”

Yeah, Yeezus was 9-10 years ago and he’s been making people increasingly uncomfortable since then really. So much culture shifting music up until that point and a genuine hope that he could get some help bought him a lot of time, but Milo Fuentes and Trump… fucking hell.

I just find it absolutely bizarre how personally invested in him some people on here are or have been.

Yeah even after he came out as a Trump supporter people were still like oh but he’s a really significant black artist or something. Like ok doesn’t make him not a fascism supporter.