What an absolute tool

Grim shit. Good to see him being called out on it too.

1. Harriet Tubman never said that. 2. This fake quote is actually pro-slavery since it implies that slaves deserved their condition because of ignorance or inherent servility. 3. Stop this. twitter.com/kanyewest/stat…
1101010 2 May 2018 05:32 #4

I think it’s odd how earnest and sort of humble he seems saying all that stuff in the video. It feels so far from the grandstanding way I automatically read his Tweets out in my head. Does that make sense? Like there’s no feeling from him that he is even aware anything he says might be controversial, which is a shame because at least if there was you could feel it was all an act, even one taken too far. Like this it just feels like his thinking is fundamentally broken.

(That said, I feel hopeful that means he could easily listen to reason and such from people he trusts telling him he’s full of shit?)

I think the oddest thing, or most concerning maybe, through this whole thing with him is that the language he’s using seems very kind of culty and typical of a certain type of paranoia. It’s the repeated use of stuff like ‘free thinker’ and ‘manipulation’ that sticks with me. And there’s the way, like Theo said above, he seems totally oblivious (or just doesn’t care) to the controversy he’s causing and in response keeps parroting the ‘I love everybody, how could I upset anyond’ lines. I’m not sure what it’s a sign of particularly, and it might just be my interpretation, but he’s starting to sound a bit Scientologyish or something.

And it ends in that dubious made up Harriet Tubman quote.

“And having given it a lot of thought over the past few years, that is now what i have decided to unironically endorse” 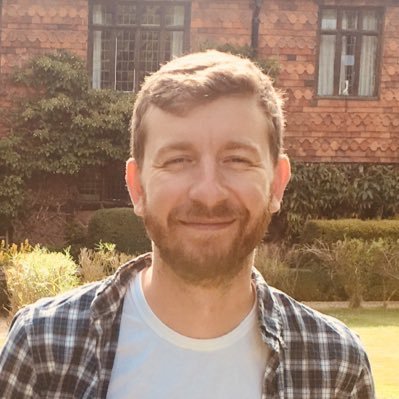 He’s become Noel Edmonds hasn’t he and I guess it’s more repulsive because of who he is thus who he’s giving this weird “it’s all about YOU making the choice” shit to? I don’t really know the path to becoming that sort of New Age person and previously I’ve only seen it in middle-class, fairly well-off white people.

I mean, he’s good and everything, but where is his empire of mindfulness radio stations?

disclaimer: i’m not a psychologist and i know it isn’t cricket to diagnose or pathologise anyone from a distance unless they’re real scum, like nick cohen or Theresa may, but…is it possible that the mental breakdown he suffered the other year didn’t actually end, that he’s fundamentally unwell, and could do with some proper help so he can get back to making bangers? I can’t square the man who expressed such lucid anger at racial oppression across so many genius albums with this troll who seems to have eaten the real kanye and stolen his skin. maybe I’m clutching at straws, but I’ve gone through periods of delusion and paranoia during which I’ve been more susceptible to some pretty magical forms of thinking.

just a thought, but maybe he’s so open to these weirdo reactionary forces because he’s in a very vulnerable headspace right now.

Astonishing that the guy who once tweeted BILL COSBY INNOCENT has more stupid opinions.

I mean very poorly phrased, but there’s some logic in what he’s saying here, if not the conclusion he comes to. Black slaves were mentally oppressed as well physically. Some of that oppression that remains today. White society does tell black people that they aren’t supposed to dream of or aspire to what white people do. It is a kind of systematic mental oppression.

Trying to say that people can choose to break out of that, is where it all falls apart really. You have to dismantle the system of oppression, rather than challenge it’s control by… supporting someone who’s trying to deepen its roots? It’s a very troubling conclusion to come to.

I wonder who the next man to run out of ideas and turn to controversy for attention will be.

It’s bad that all this kind of just makes me all the more fascinated in him and his career trajectory. He seems to be the living embodiment of the corrupting powers of fame, money and power and has been for a while, embracing a figure like Donald Trump seems like a perfectly logical next step in his story.

It’s crazy to have seen the transition happen in front of all of us from fresh-new-thing who is the antithesis of the “hard” image that hip-hop had at the time, comes in rapping about Jesus over chipmunk soul beats. Beefs it up with some fairly ostentatious orchestration for the next record. Gains infamy for correctly stating that “George Bush doesn’t care about black people”.

Goes on tour with U2 and decides to make a stadium-rock hip hop equivalent and becomes the biggest star on the planet in the process (whilst simultaneously putting the nail in the coffin of commercial gangster rap). Then his gf leaves him and his Mum dies during botched cosmetic surgery that he paid for. Comes out with a dark, depressive record with barely any rapping on it which turns into one of the most influential records ever for the current breed of confessional rappers. Has the Taylor Swift incident and becomes public enemy number one.

Disappears for a bit, and seemingly has some serious self-realisation that he’s turned into a bit of a dickhead. Addresses this realisation by going to Hawaii and making the most absurdly grandiose, expensive record, fucking flies in the likes of Elton John to do backing vocals on a track. It’s an absolute masterpiece that seems simultaneously self-aware and ego-maniacal. Gets his reputation back and ascends to untouchable status that allows him to make an album called Yeezus and a track called I Am A God having started out with Jesus Walks and humble Christianity, even then though the album has got New Slaves which shows that he still seems to have some social awareness.

Marries a woman who he knows at any given moment he could watch having sex with another man (this isn’t meant to be a slam on her or anything, I find it a fascinating fact about him given his past though), makes an absolute mess of a record, constantly fiddles about with it and has a breakdown of sorts. Emerges a couple of years later throwing his support behind fucking Donald Trump and talking about how slavery was a choice.

It is utterly compelling despite being utterly infuriating and really, really sad.

“Next time, on the Dissect Podcast”

I’m very confused by this.
Kanye West also has an unleaked sex tape FYI. I’m sure Kim could source that if she wanted to.

I thought he had spoken publicly before about being bipolar, maybe I’m wrong on that. Not that it would excuse him saying terrible things, but it would kind of explain how this behaviour manifests in the first place.

I meant it as a point of how he comes across (and a lot of this is probably projection) as someone who would be an insanely jealous partner and somebody who, lyrically, has a lot of issues around women and sex.