As everyone else has been saying - incredibly dense album to get through.

First listened to it last night with headphones - the first thing that struck me were how much I loved the instrumentals and beats. Love the way Worldwide Steppers sludges along. I thought the opening track was brilliant.

I think it’s fairly ridiculous to expect to “click” with a Kendrick album immediately on first listen. Being able to fully digest the lyrics (you can’t tell me that you pick up the depth and double/triple meanings that some of these bars have on first or even second listens…) definitely helps give overall context to especially the first third of the album.

Which is what in my mind makes Kendrick so incredibly brilliant. Always so subversive in the point that he’s trying to make until the eventual gut punch at the end of the song. I can’t think of any other artist that can masterfully weave a narrative, only to perfectly tip it on its head in a perfect crescendo at the end of the song (Blacker the Berry, Auntie Diaries). Jaw literally dropped after hearing that final verse of Auntie Diaries for the first time.

People complaining about his use of the F-word are missing the point imo. It’s a story - the song is taking us through his growth in relation to his view on the trans community and his language used around it. The language is purposely provocative so that when he finally comes to grips with it and confronts his pastor about it, it has more impact. And he’s right - people used to flippantly use the F word, sometimes very casually - I’m willing to bet many of the posters here had in the past. Or at the very least, used the word “gay” as a derogatory term.

I love that the album is incredibly introspective, vulnerable, and self conscious. If being the first main-stream rapper to confront trans issues in a positive light and sexual abuse / trauma in the black community isn’t game changing then I don’t know what is.

At the risk of being made fun of for saying it - I really do think it was a brave record for him to make.

Kendrick is so good at pulling the rug under your feet. Actually will write something about how most of his albums use this in the whole album.

His albums have tracks that change the context of the previous tracks. It should be quite predictable at the point but it always gets me.

Im thinking the end of Blacker the Berry in TPAB and in this album ‘Mother I Sober’ it just changes the context of the songs that went before. Spins the album on its head. Makes you read it differently on a second listen.

I feel like he’s making a wider point with Kodak - kind of ‘refusing the compliment’ of seeing himself marked out as that special or intellectual or ‘safe’ rapper, and I think that’s right. He’s saying it’s an absurd distinction to make in rap, which is after all, all about sex and murder anyway.

But it’s not just about denying us our liberal lovely pat on the back album. He’s reminding us where this stuff really comes from, forcing us to engage with that, the ugliness of it, to not white wash or conveniently omit the parts of this genre and culture that don’t suit us. (Just as he refuses to white wash the problem parts of his own personality)

A million million things to say but it’s impossible for me to imagine a better, bigger, bolder statement album this year.

I ultimately think the inclusion of Kodak is brilliant because it forces liberal white listeners like myself to deal with the real fact of where these songs come from, and not whitewash away things that we don’t like - which is clearly something Kendrick takes issue with.

I really enjoyed reading these posts, and I agree with almost all of it, but I can’t agree with the last part.

For anyone who isn’t sure what the problem with Kodak Black is:

CW: sexual assault (mods if there’s a more sensitive way to label this then please change it)

According to the victim, who reported the incident to her school nurse, she had attended a February 2016 performance by Kodak Black at “Treasure City” in Florence, after which she accompanied him to his hotel room where he is alleged to have told her he “couldn’t help himself” as he tore off her clothes, bit her repeatedly, and raped her as she screamed for help

He took a plea deal for a lesser charge of assault and battery.

Just getting to this - around halfway through and initial impressions are that it is a LOT better than Damn. Can’t really think about the lyrics on a first listen to any hip hop record - mostly react to the music and the feel first and dive into proper thinking about things later on. Unless the second half is just farts and cow noises I can see this whole thing being a keeper.

Only listened to this once but sounded pretty striking in parts and maybe the kind of epic, dark album I’d have expected after TPAB, rather than a continuation of the more commercial DAMN sound. It’s definitely grabbed me more immediately than that record did.

Which got me wondering if in time this make me appreciate DAMN more as the outlier in his catalogue rather than the start of a trend towards accessibility.

Auntie Diaries really stood out and passed the ‘make my wife stop what she’s doing and ask what I’m listening to’ test.

I think what works for me about it is that I totally agree. I can’t see any place for him except on this album, one part of which appears to be Kendrick talking about child abuse, how it derails men because they cannot accept it, and the nightmare consequences for the women and children in our lives of not breaking the chain of violence. Kodak was abused as a child. He did not break the chain. Kendrick, apparently, has. To me it feels like a dark warning to men about where not dealing with your shit might get you, but also underscores why that work is important/our only hope. And at the same time, refuses to allow this conversation to be about intellectual rapper Kendrick Lamar’s mental health, telling us this is stuff hardwired into a lot of people - and maybe even giving us a hint of one guy in particular who he thinks could have done the work…

Certainly don’t want to say I defend it - but as an artistic decision, it seems like a load-bearing part of the album to me.

Don’t think Kendrick was abused though? Was more that everyone questioning him about it still lead to him being traumatised by the pressure, and finding crappy coping mechanisms as a result

Yep - it sounds like you’re right - but I think the point about breaking the chain of violence stands.

The question of anyone being anywhere near his level as a rap artist right now feels comfortably answered for me - after the lower-stakes Damn tricked us into thinking he might be something less than super human. Sorry another long one…

Jesus Christ, I wish I was going to Glastonbury.

I find myself agreeing with this, but also being quite angry about the fact that a rapist will benefit hugely from being on this record.

I know it’s meant to make us feel uncomfortable and face up to the themes of the record, but I have to question just how far I’m willing to accept an artist using this to make an artistic point/deliver a message without also platforming the voice of the person assaulted.

Apologies - probably garbled what I mean there, but suffering from a lack of sleep! Hopefully makes sense.

Other than that point though, on 3rd listen it seems like an exceptional record, and one that’s already clicked with me more than DAMN ever has.

Don’t think you can put any value in any reviews that were published yesterday tbh. Nothing wrong with first impressions but did a double-take reading some takes posted at 8am seemingly making their definitive judgements (on twitter rather than here).

One of the most intense and personal things I’ve ever heard - uncomfortably so, tbh, but that’s not a criticism. Incredibly brave if that’s not a patronising way to put it.

IG post from his fiancée. Was obvious without any further reading but clear he’s bared his soul into this like few artists have. 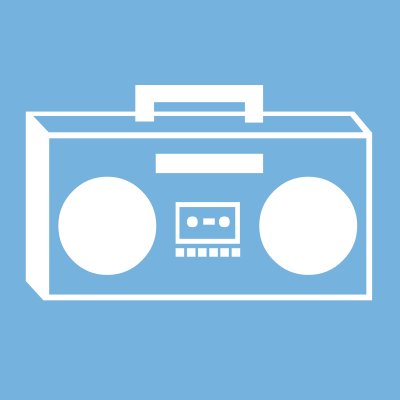 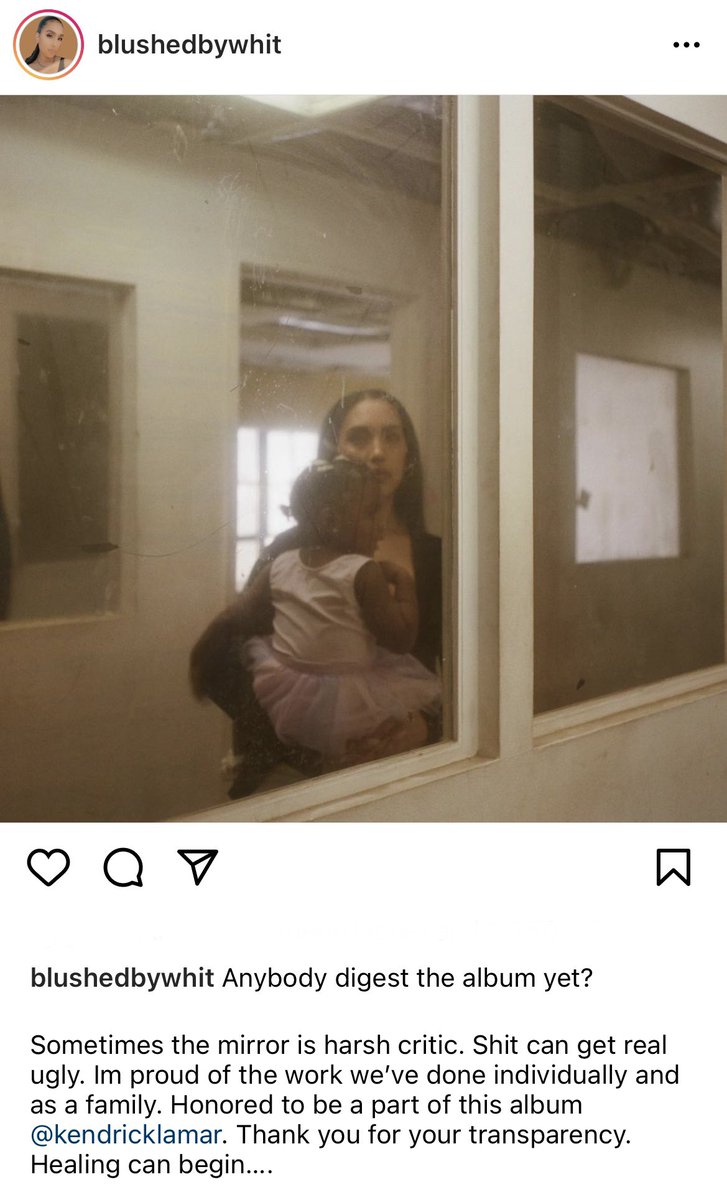 Yeah I mean I can see how it makes sense on an artistic/intellectual level, and as a piece of art criticism I’ve no bones with what you’re saying.

On a human level though his victim is a real person out in the world, and I imagine she’s going to find it pretty difficult to avoid this album.

Yep - agreed - and I certainly don’t want to be the person here defending it. Just don’t think it can be filed alongside Kanye sticking MM on backing vocals (not saying you said this - but it was a fair and early take seen upthread).

Feels like an intent vs outcome debate - for some it’ll matter why he did it, for others if they’re uncomfy with the result then that will be the end of it (fairly)

Listened to it on the way into work yesterday, as most have said it was a very intense, depth defying experience with a lot to unpack, but We Cry Together immediately made me stop and pay really attention, so think there’s a lot of potential here