It’s a great album. Time will only tell how great but my inkling is that it’ll be held in high esteem, maybe one notch below TPAB. But it’s a stupidly high quality. We are blessed to have a talent like Kendrick with the vision and resources required to make such a statement. I think the first half is strongest as a whole (especially we cry together). Second half is still great and offers some respite in time for the incredible run from Auntie Diaries to Mirror.

p.s. some of the production has hints of Kanye and the final track reminds me of Frank Ocean (both not bad things)

Must say I’ve gotten more out of some of YouTube first-time reaction videos like the aforementioned Jon Denton above (and people’s thoughts here) than any of the hastily-written press reviews.

was quite liking this but got to the track where they’re just shouting fuck you b**** and n***** at each each and I had to turn it off, sounded like those Eminem songs about Kim (maybe the one called Kim?)

You should finish it, that song gets really good/deep

Everyone does and should have their own limits and tolerances, and I’m not judging anyone for that, but … if the language on this is too much for some people, how do you cope with someone like Schoolboy or Freddie??

Or is the answer just that you don’t bother with them, but it’s worth making the effort for Kendrick since he’s operating at a different level

cor, lot of swearing on this rap album isnt there

Stuck listening to the stretch from Count Me Out to Saviour a lot at the moment. Keep seeing people call it a lull. Feels like it’s revealed a lot around there even in just a few listens.

Don’t have many thoughts about this album yet beyond it’s brilliant.

Apart from the drums in the second half of United in Grief with the synths building is potentially my favourite section of music so far this year.

The melodic piano when he says ‘I GRIEVE DIFFERENT’ for the first time made me laugh AND well-up on first listen.

idk why but I’m irrationally happy that ghostface got a feature on here. equal to the joy I felt for mc eiht getting a feature on gkmc.

He sounds great in his age as well. So raspy 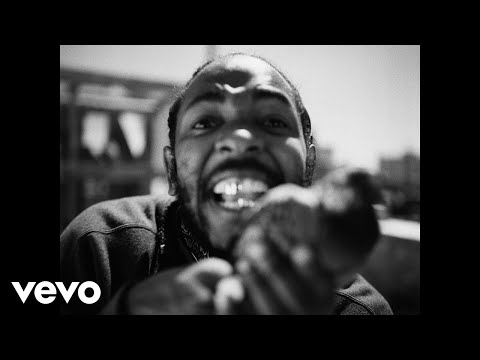 It’s only superficially like those Eminem songs. It’s actually a really profound piece of work if you stick with it (definitely not an easy listen though)

I’ve seen the posts and read about Kodak Black and despite my above posts on the album I think actually on reflection this is completely unacceptable. I get the concept but looking at the details it is beyond my tolerance to accept this as art. Really feel Kendrick is getting a massive pass on this based on him being an “artist”.

yeah anyone trying to reason with this is purely doing it on the basis of liking kendrick as an artist/person. if it was drake everyone would be giving him an absolute kicking.

in fact they did try to give drake a kicking for ‘sampling’ r kelly when they actually had to clear a sample of an r kelly song that was playing in the background of a clip of someone speaking that they wanted to use.

@jansqueezy
the clean version of this song is killing me😭😭😭😭😭 https://t.co/GVcVsPuQjD

reminds me of how I had the clean version of ain’t no fun on a mix cd in high school and that was the version my friends and I memorized cos it was more fun that way.