The Labour right view parliament as basically a finishing school for their PE degrees where they get to make contacts and plump out their CVs with handwavey initiative stuff so they can land some plum job in the private sector afterwards. Most of them have no real interest in power beyond the vice-like grip they have to maintain on the party to make it possible, so coasting into a comfortable L against the Tories is fine by them.

It’s why I have the tiniest amount of respect for the CUK-TIG people because as soon as the party wasn’t about that anymore they were out the door, they didn’t stay to continue fucking the membership over and over like Starmie and Watson did. And look at them all now: After the comical, abject failure of their political careers, where it was revealed they were all cretins without a single intelligent thought in their heads who nobody would vote for given the choice, they all breezed easily into PR and industry roles. They’re professional losers, every single one.

Feels more like Starmer is just letting him get on with it, everything Burnham is doing is good for labour in the north at the minute, why interrupt? Also, K-dog doesn’t want to upset the centrists he’s targeting elsewhere, so it benefits him to keep out of it. That’s my interpretation of what he is doing, not saying I agree with it

At this point (and I think this is something that’s changed since 2015, with stuff like the outcome of the Hillsborough inquiry, and being mayor), Andy Burnham is everything that people who supported Karl Starmer claimed him to be in January.

As noted in the Coronavirus thread, the likes of Starmer and Khan should be giving full support to Burnham on this, not the weak platitudes they’re offering at the moment. 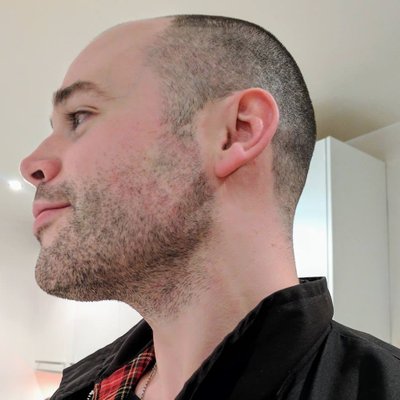 Which is why every politician with any sense -- and in fact every citizen -- should be supporting what Andy Burnham's doing right now. twitter.com/StewartWood/st…

The thing that best explains the Govt’s intransigence in its #Covid negotiations with Manchester: that it knows Tier 3 is coming to every region (a de facto winter national lockdown, arrived at incrementally) &amp; it knows today’s negotiated deal will become tomorrow’s baseline.

also btw I think Khan and GLA ought to be giving as much public support to Burnham on this as is humanly possible, lest a cities vs govt, rich v poor issue becomes yet more Metropolitan Elite v Red Wall garbage. Yr welcome
1 Like
marckee 20 October 2020 17:12 #4799

Utterly disgusting what the Conservatives are doing to Greater Manchester. Trying to bully them into submission. Treating working class people with absolute contempt. It makes me feel sick. Solidarity to @AndyBurnhamGM and the people of Greater Manchester.
9 Likes
xylo 20 October 2020 17:21 #4800

Here’s what you could’ve won

Although I have absolutely no doubt Corbyn’s response would’ve been 1,000x better than Borises (purely because he’d have invested in a public tracing system, probably not perfect but at least as good as elsewhere) there would undoubtedly have been actual Malcolm riots

His speech was very good:

Today's Parliamentary debate on #BlackHistoryMonth took place at a time when the #BlackLivesMatter movement has become so strong all over the world, including here. This movement will not disappear - it empowers and unites people globally. My speech 👉 facebook.com/JeremyCorbynMP…
8 Likes
Ruffers 20 October 2020 17:38 #4805

Reckon if Corbyn had done any opposition to the government in the way Burham has he’d smeared as an anti-science QAnon plandemic guy. Kier could fully support Burham and there’d be nothing to lose cause nobody would do that.

Sack off Keith for a Burnham and Drakeford tag team imho, Devolution X Lloegyr is the medieval Welsh name for a region of Britain (Prydain). The exact borders are unknown, but some modern scholars hypothesize it ran south and east of a line extending from the Humber Estuary to the Severn Estuary, exclusive of Cornwall and Devon. The people of Lloegyr were called Lloegyrwys without distinction of ethnicity, the term applying to both Britons and Anglo-Saxons. The modern form of the word is Lloegr (pronounced [ˈɬɔɨɡr̩] or [ˈɬɔiɡr̩]) and it has become generalised th...

(With apologies for the crossposting. Lotta overlap at the mo.)

Keep trying to put this pronunciation together, the double ll’s make the guttural sound, and the y is pronounced I, so it’s like ghhlogir. Good name imho.