Loved Season 1 but thought Season 2 wasn’t quite as interesting, mostly because it was very similar and there weren’t the same high points. I think changing the college was a really good idea to refresh things, going to start Season 3 soon.

I’d really like to see this kind of documentary for Football academies here, but obviously the subjects would be an awfu lot younger and no club would want it to happen!

It’s a pretty tiny amount all in all.

There are about 2,000 NFL players on teams or in their practice squads. Maybe another 500 or so who float around, get signed off seasons for tryouts, make up numbers in training camp, but don’t make the cut.

Just over 200 new players get added into the league each year via the draft, and a handful more get picked up as undrafted free agents. The majority of these will come from Div 1 schools (the top tier of college football), a few will come from lower divisions, a tiny fraction will come from junior colleges.

There are over 10,000 college players in Div 1 football, competing for those 200 draft spots (though obvs a lot won’t have ambitions to play professionally). Even the best teams in college football like Alabama or Ohio State rarely have 10 or more players drafted in a year. In short, it’s very, very hard to make it into professional football, and those that do are the elites of the elites.

Which does make you wonder how the Cleveland Browns regularly trot out teams who look like they’ve never seen a ball before.

100,000! College football has the majority of the biggest stadiums in the world. For “amateur” athletics!

The whole thing is a massive grift and hugely exploits the young men who participate, and it should absolutely be overhauled (fun to watch though).

That’s out of date, Michigan is football since Harbaugh got hired.

Man Utd v Liverpool was at University of Michigan on saturday night. Ground holds 107,000 and Kingston Davis from season 3 had dropped down from Michigan

Thanks, yeah I kinda assumed they were building them up and that the majority would be discarded but didn’t realise it was as few as that that would actually make it

just started this season. glad they’ve got a new coach, but this guy jeez. it’s going to be good

oh shit 10 mins in and (CW:animal cruelty) a cow has just run onto the pitch and been tranquillised

I’ve just started watching this from the first series over the weekend, just starting episode 4 now. I have no interest in American Football but this such a compelling documentary with so much going on. Before I started the series I didn’t realise teams brought on different players for different plays, now I’m pretty much edge of my seat when it gets to the game section of the episode. 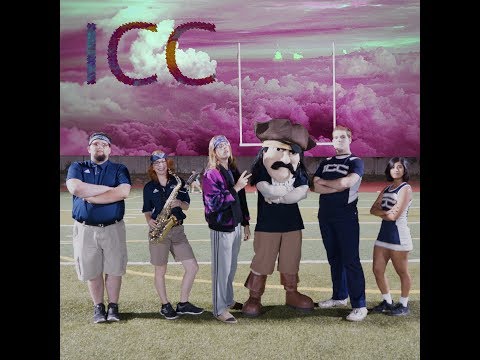 The catch up episode is quite a thing, innit

The ending is brutal.

Anyone watched QB1 on Netflix?

Basically the same thing as all the others - twinkly Friday night lights music and interviews with jumped up kids that have been told they’re brilliant since they were 10 or whatever. Tate in particular seems like a massive arsehole

Yeah I’m watching it at the moment. Tate definitely seems like a completely ballbag, although I am sympathetic to the fact they’re kids who’re in the limelight and have a lot of complicated stuff to try and deal with. Decent show though and crazy how much money filters down into these elite high schools with $12m stadia.

Yeah I guess they are under lots of pressure and stuff and they’re still really young but oh boy is he annoying. Tayvon and Jake are ok it seems

Got through all of it now. This most recent series is the most interesting, obviously the coach is a massive dickhead but the team felt much more like underdogs, seemed to be a lot more drama in the matches than any previous series too (other than the big brawl in the first season obvs) and was actually screaming and shouting at the screen sometimes during the games lol.

This show does an incredible job of making me care about those boys though, more often than not I’m crying in an episode that part with Bobby where Latonya asks him to say 3 positive things about himself and he can’t name 1

Even Malik, who quite often acted spoilt and a bit of a dickhead seemed quite sad and isolated a lot of the time, not just amongst the team but his own family, who seem to look at him more as a potential cash cow than a person.

I think going forward with the show it should be a different college every season. In season 2 it felt like everyone was too aware of how they were coming across and were acting a bit more for the cameras which obviously doesn’t work so well, but we’ll see what happens next series I guess.