I’m a fan of Moon Duo and Wooden Shjips and have seen both here before (Moon Duo in the same venue). Not quite as into the softer country/Americana of Rose City Band but thought I might as well see them. Nice set though, I enjoy them when they get a bit jammier and Shjips-esque. They seem to have borrowed the drum kit from Gnod judging by the logo on the bass drum. Also spotted Ripley and co checking into Premier Inn earlier in the day.

Had never heard of Rosali the support before but she was v good, will be checking her out further. I thought I’d miss most of her set as I was down a bit late due to heavy rain/dead queen, but she must have just started when I got there. RSB still started bang on time with a short handover time, ideal. Hurray For The Riff Raff at Lafayette

I had a ticket for Jockstrap at Rough Trade East today but due to an 8:30pm start for Hurray For The Riff Raff I was unable to make it. I was anticipating a 9pm or 9:30pm start and would have missed a lot of the set if I’d gone to Jockstrap. A thumbs up to the promoters On The Wire for always releasing stage times as it makes planning your evening so much easier and I managed to sell my ticket back to DICE in time. Really am enjoying the Jockstrap album.

Hurray For The Riff Raff are a huge personal favourite of mine and didn’t want to miss any of it. Their previous album was in my top 5 of 2017 and the new one was my top pick in February this year.

The Radio 2 brigade were out in force tonight here but didn’t mind it at all and generally prefer it. Perfect silence on songs that really do need the crowd to shut up.

Their big song and finale is Pa’lante but the biggest cheer was for SAGA, the lead singer Alynda Segarra’s song of surviving an abusive relationship. A brilliant track and overall a great live set.

A pint of Brixton Pale was £6.90 at the gig I was at tonight. Prices are definitely going up.

This was totally top.

Not sure venues can do much else, but it doesn’t seem like a positive sign if their sales drop significantly

I’m very thankful that Covid didn’t kill off venues for me. I was expecting some to never reopened. Very glad I was wrong.

I’m hoping I’m very very wrong in thinking that running costs, price of tickets and drinks at venues will cause some venues to close over the next year or so.

Would have loved to have gone to that, one of my albums of the year. Saw them at Primavera and they were great, but no Pa’lante sadly

SAGA, Pa’lante and Precious Cargo got the biggest cheers. You obviously will know the song but for those that may not Precious Cargo was written after her volunteering for an organisation trying to free refugees coming into The USA and highlighting their mistreatment. A lovely warm tune about essentially abuse of people.

Really like that their previous album was a great upbeat protest album. The new one is more calmer and subtler but just as powerful.

The new album is easily in my top 10 of the year and likely top 5.

She’s a great warm lead singer and turned out to be a great gig. 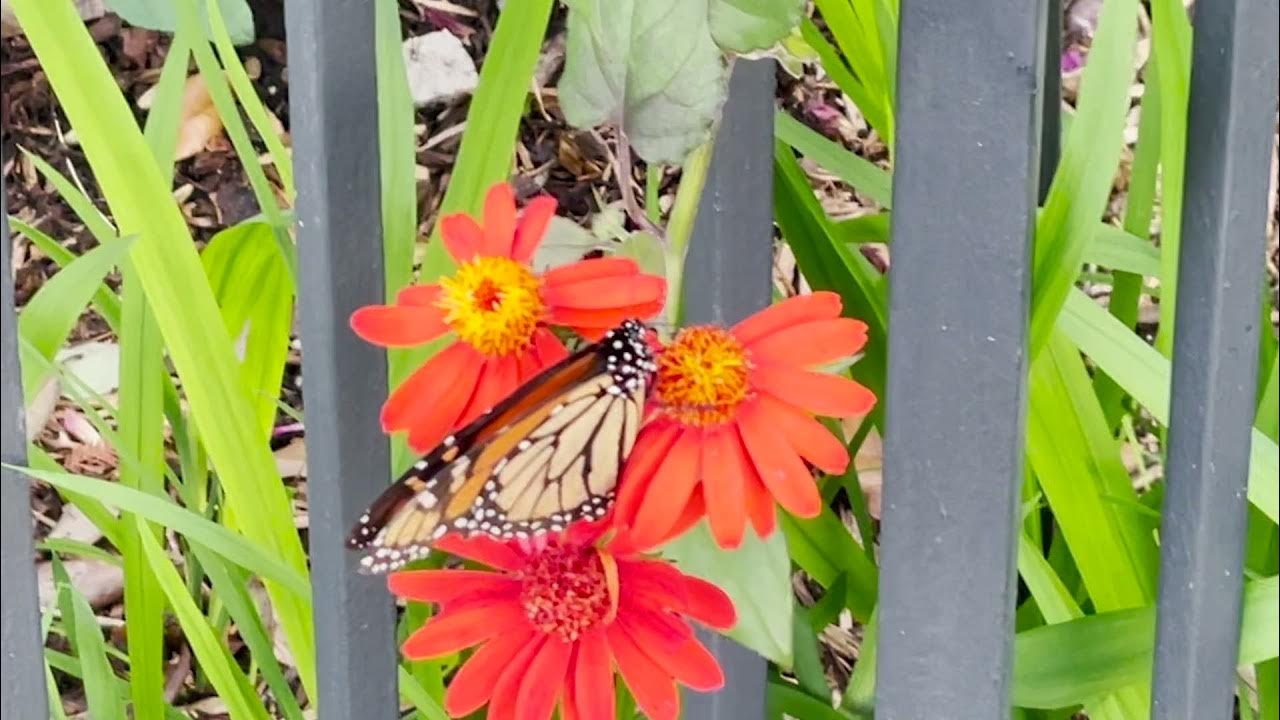 Mudhoney at The Electric Ballroom

A lot of their songs sound the same to me but not in a bad way. Seen them once or twice over the years and another one of my band from when I was a kid. I remember hearing them for the first time in 1994 when I got this compilation

Sub Pop bands that I hadn’t heard of before.

Two separate blokes had some hassle towards two blokes on the sound desk. Not sure what was said but sound desk blokes looked like they can handle themselves and I’m on the side of the sound desk. The sound was fine and would like prick audience members to leave people to do their jobs without hassle.

Decent gig overall and an early finish as expected and so a short walk to my usual pub post gig. 6 months delayed from the mini scottish gig lockdown at the start of the year (which feels like a million years ago now). Very fun gig - just non stop jangly indie gems with some nicely observed lyrics thrown in. Vocals were a bit rawer than on record, but no worse for it - and they clearly seemed happy to be there and a bit baffled to have been caught up in Queen-gate. Got a bonus fuck the monarchy cheer from the crowd too.

Already had the album so got the EP and had the boys sign it. Grabbed the clear version instead of the forest green one. but think I’ll survive that minor annoyance Late to the party but this was so good eh? Think I’m still hungover now mind (I think I bought the band all a pint downstairs after… but I’m sketchy!) They were playing at some random Turning Tides free music festival. I got worried that it would be cancelled, and the festival did post a message saying that they had considered doing so, but decided not to because of the international bands coming over. So they moved it to an indoor location due to “respect to our local neighbours”. I was happy with that!

I first/last saw them at the Barbican in January, just before the war started. They were obviously even more vocal against Putin and the war in their country. It seems like they’ve been pretty much constantly touring Europe and America since then, donating earnings from their gigs and merchandise to help back home. Definitely didn’t mind spending a bit extra (£30 each) for each t-shirt afterwards.

They were absolutely great again, and it was good to be able to dance along to their songs this time. If Bristol wasn’t such a faff to get to and back from on a Sunday then I might have thought about seeing them again tonight. Noticed this place when I was in Falmouth - there wasn’t anything on during my trip but I’ve been noticing more and more bands playing there. Really nice to see!

Last night I had tickets to a sold out Osees & Automatic show (21+, second night was all ages) and we didn’t go because we’re still not comfortable going to crowded places and also we’re not used to going out that much and we just weren’t up for it.

I saw DakhaBrakha open for Океан Ельзи’s Independence Day show at NSC Olimpiyskiy in Kyiv four years ago. Back then, they didn’t quite have the same profile in Ukraine as they had somehow managed abroad, but they were clearly more than comfortable playing to a very big crowd. Independence Days were cherished with the knowledge of what had happened with Maidan, the occupied territories, the nearly occupied territories, and the general few hundred years of being colonised from all sides. They mean a hell of a lot more now.

Anyway, last night’s gig starts with Jakabol, a Bristol-based instrumental five-piece featuring violin and harp. They are a mixture of Mahavishnu Orchestra, Tool and Krobak, and are super tight. Violinist taking solos with a wah pedal. Very pleasant surprise, and very much looking forward to hearing their record, which should be out in a few weeks.

Industrial-hurdy-gurdy-and-beats duo tAngerinecAt are on next. The first song of the night has technical problems where the sound cuts entirely a few times. An older man standing next to me openly heckles them between songs and a young woman behind him openly tells him to keep his disrespect in check. Tracks from Glass translate really well live. Was glad to meet the band pre and post-show; they’re lovely people and they’re doing something that deserves a lot of attention.

DakhaBrakha come on stage to set their instruments up before they’re in their stage clothing and it threw me a bit. They came back onstage post-dress up to a yellow and blue image of No War, Stop Putin. From the off, they are magnificent and the audience receives them rapturously throughout. Marko introduces the band “from free Ukraine” and the response is the loudest thing all night. First half of the set is fairly similar to what I saw four years ago in terms of order, and there’s quite a lot of slow jams, but there’s still a lot of energy and passion at every tempo.

Can’t remember what they played that was to a backdrop of Reuters footage of Mariupol, because I am still going to be fucked up whenever I see what the bastards did to that city and it wiped my mind for the entirety it was on screen.

(A thought - a year ago, the idea of a Ukrainian band coming on stage with footage from the war in Donetsk and Luhansk and asking to donate to help arm Ukraine through charities, or their T-shirt and CD sales, would have pushed a lot of people away. I can imagine a lot of people coming to DakhaBrakha from the hardcore WOMAD or Glastonbury hippy-style crowds and being averse to the idea that maybe some of the money spent at the merch table might end up going to bulletproof vests and army medical kits…and more besides. A year is a very long time indeed.)

Gig would have been incredible on its own outside of the events of recent history. Bittersweet, but brilliant.

They didn’t have their backdrop at my gig, possibly due to it being a last minute change of venue and not being setup. The previous backdrops they had in January were obviously before this war. It must have been pretty hard-hitting with any recent footage they would have used this time.

They had a lot of new, very ominous visuals specially made for a few songs, along with news footage from this year and other things I saw in Kyiv. Whoever was doing stage lighting was doing a 7/10 job, which sometimes hindered things.

If you’re a drone/dark ambient fan then you probably know who this guy is. This was 50 minutes of the absolute best he does, culminating in a massive, body-shaking, reverberating performance of Empire Systems that was such a physically intense experience I almost thought I was going to scream. Followed by an incredibly delicate 10-minute piece with a guest pianist (not sure who it was, the introduction was drowned out by applause) that was an absolutely perfect and moving coda. Incredible.

Here is an exciting picture of Raf fiddling with the dials on the mixing desk in almost complete darkness. Ah, fab. Didn’t realise it was all improvised – fantastic!