Being the only skinny American male in the venue, I think there’s a good chance I spotted him pre-gig. Kind of ruined the mystique for me.

Still a quite awesome gig though. I shall only drink cava from dog bowls now.

Last night’s gig for me was an amazing garage punk band from Madrid called Hollywood Sinners. Great crowd. Lots of Spanish kids - which always makes for a great party. I DJ’sd after the bands until closing time. Packed dance floor mom stop. Not because I’m SO good but the crowd was just up for it. 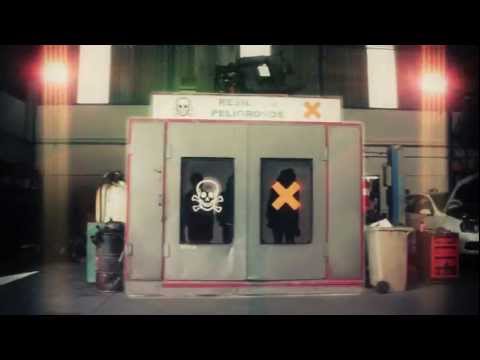 Oops, yeah. That should be non stop of course.

I saw them in Bristol on Saturday. Really enjoyed it.

Despite the frustrations discussed in the Fever Ray thread, good gig.

The stage set, the lighting, the costumes and the performance all hit the spot. That said, for the first three songs I thought it was the greatest thing ever, then for the next three song I found myself finding the whole thing a bit arch (like everything she and The Knife have ever done isn’t super-arch), before finally settling into a groove and just enjoying myself. Chalk and cheese with the super minimalist performance when I saw her on the first album tour, but every bit as good in a different way. Am a sucker for double drummers

Saw this in Manchester last night, thought it was fantastic - really great fun. Loved the amount of care that seemed to be put into track was interpreting the music to a live setting (especially the older stuff).

Yep, they are a good band alright.

Brett Anderson talking about his excellent book, ‘Coal Black Mornings’, at The Mitchell Library in Glasgow. The interview was a bit drab, but he was utterly charming during the Q&A with the audience.

Young Fathers at the Roundhouse - one of the most thrilling sets I’ve seen, well, ever I think. So much to dance to. I was watching it from the upstairs standing bit (PSA: deffo the place if, unlike me, you’re 5 foot 4 but still want to see the stage - view is amazing).

Saw Our Girl at St Pancras Old Church on Monday. They were good. A semi acoustic show. 7/10.

Saw Tune Yards on Tuesday. Fun night. Their gig at The Royal Festival Hall a few years ago was simply amazing. Tuesday’s was fun as expected 7.5/10.

Saw Whenyoung as support for Dream Wife at Heaven last night. Whenyoung are probably my favourite new small band at the moment. Some terrific songs. 7.5/10. (I didn’t bother hanging around for Dream Wife.)

I took a friend of mine to see Public Service Broadcasting for his first visit to The Roundhouse a few years ago and the only tickets left were upstairs standing. Would usually have been my last choice, but they were actually great - good view, space to dance and plenty of room to get in and out. He only ever buys upstairs standing tickets now.

Wish they’d put them on sale from the start, tbh - they only sell upstairs standing when downstairs is (almost) sold out. I was up there for the Chemical Brothers on the tour they filmed for Don’t Think, and it was the best view in the house.

Good to know. One of my favourite venues, but always avoided Upstairs Standing.

Jesus Christ. I’ve done something insanely stupid. I put Fever Ray down in my calendar as next week, just found out it was last night…

Saw Phoenix in Manchester last night and they were on absolutely blistering form, one of the best I’ve seen them.They pretty much played all of Wolfgang in and amongst it, including an incredible Love Like A Sunset Pt 1 & 2. Brilliant light show on the go too. They looked to be having a ball, and for a Sunday night gig the crowd were well up for it which massively added to how good it was.

If you’re at a festival over summer and they’re playing, make sure you catch them

Saw A Certain Ratio last night, and it was incredible. Still as tight as a gnat’s arse, and basically playing a greatest hits / party set these days. Shortly after I got into them in the 90s they went a bit jazz-funk, but they seem to have put that to bed now.

Also, Denise Johnson is possibly the best backing vocalist ever.

Saw them last night at the Barras, was also great. They have so many hits and so much energy!

Seemed a bit quiet though, maybe just cause it was a Monday night?