Silly Boy Blue and UTO at Courtyard Theatre, London
Continuing my rare run of four gigs in a row after November aultra, was this What The French night. I was almost thinking about not going, as I was working from home and felt a bit tired, and so compromised by leaving home later and missing the first support act.

Anyway, the headliner, Silly Boy Blue, is the one I really wanted to see. She released a super catchy debut album of upbeat alt-pop songs last year. There were unfortunately only about 50 people there, but everyone was enjoying it. The support band/duo, UTO, were the big surprise for me. I liked their album earlier this year, although it didn’t grab me that much. But live they were so much fun - great beats, strange giant machine of noise and lights, and great stage craft. Would love to see them again. I had to restrain myself from taking photos all of the time trying to capture it all, but here are a few: Kishi Bashi at Rough Trade East, London
Kishi Bashi was the next night, doing a solo set of playing songs from shout outs in the audience, along with a few he wanted to do. Some fun experimental improvisations from him also. Kishi Bashi and Tall Tall Trees at Earth Theatre, London
And then Kishi Bashi again the following night (last night), with his usual Tall Tall Trees support. Kishi Bashi’s band included Josiah Wolf from Why?, which was pretty cool!
I wasn’t sure how the strange weird sloping seating steps would work for his gig, but after a couple of songs he hasked the audience to come stand down and stand/dance down at the front, which we and a bunch of others did. There was a great party atmosphere dancing along to his songs, especially as it was his biggest gig of his tour/ever.
And then when he came back out for the encore, he invited people to come climb onto and sit on the stage in front of him, which seemed to mildly panic the security guards as 100 or so people clambered on stage to sit down cross legged to watch the encore up close. She had to postpone the previous couple of gigs on this tour due to illness but she made it across the Pennines for this Saturday night show in a little Unitarian church in Sheffield city centre.

My first gig at this venue and I didn’t really rate it as a music space. Hard church bench seating, too many pillars restricting sight lines, lighting set up a bit iffy and a dry venue (with not really enough time in between the support and headliner to nip out to a pub) made it not the most convivial evening.

Having said that, the music was great. Chloe Foy (folk singer-songwriter) on support duties. Jesca Hoop fantastic, with Chloe Foy and somebody else (didn’t catch her name, it sounded like Corona Pete when she was introduced but that can’t be it?!) as her backing band.

The stuff from the new album sounding great live, great vocal harmonies going on, even with lingering illness she hit those tricky high notes, and she has such a good line in oblique chat between songs that sounds like a bunch of unconnected half thoughts, but then turn out to be useful intros to the lyrics/theme of the next song.

I think I read/heard somewhere that she was planning to move back to the US. I hope that doesn’t mean she tours the UK less because she’s great live. Not the kind of gig I would usually go for, but train strikes meant that a mate had a spare ticket so here we were…

Diamond Head were pretty good. I knew a few of their tracks as Metallica are keen on covering them, and it’s easy to see their influence as proto thrashers a la Motorhead. Saxon on the other hand were boring as fuck. I was a teenage metalhead back in the day, and even over 30 years ago this kind of trad metal seemed unbearably naff and dated. Still lots of people seemed to be enjoying it and there was a surprising number of ‘young people’ in the crowd, so I guess they still have a place in 2022 Scalping and Working Men’s Club at Cambridge Junction bold up

Scalping ripped through 30 minutes of belly churning industrial electronic. First time seeing them and hit the spot. Would see again.

Seen WMC a handful of times before and frustratingly they don’t seem to be stepping up in the live environment for me. They sparked at times but don’t think the singers got the verve to go much further with them. Perhaps it was as it was a Sunday and they had to pull a gig last night due to illness. Martha at the Brudenell. Loads of fun and an enthusiastic crowd, I jumped around more than I have in months. Sudan Archives at The Electric Ballroom

This gig was supposed to have been at The Koko last Thursday but “thankfully” rescheduled due to illness to this venue tonight. I’m so glad. My two top hates are anti-vaxxers and Brexiters and third place is The Koko. Fucking hate that place since I first went there around 1994 as The Camden Palace.

I incorrectly placed her new album second behind Suede in the AOTM poll. The album is an absolute stunner. Loved it when it came out and after repeated listens it’s going to be my pick of the year. Love it’s style, brilliantly varied and it’s just rocks for lack of other descriptions.

Live she’s an amazing. I usually hang around at the back at this venue and expect limited atmosphere as a result. She held the audience effortlessly and it was just a huge fun warm party for 90 minutes, even for us as the back and even for grumpy old bastards like me. Smiles all around.

Oh my god, Britt, you fucking rock. Best album of the year for me and a brilliant gig. Thank you. 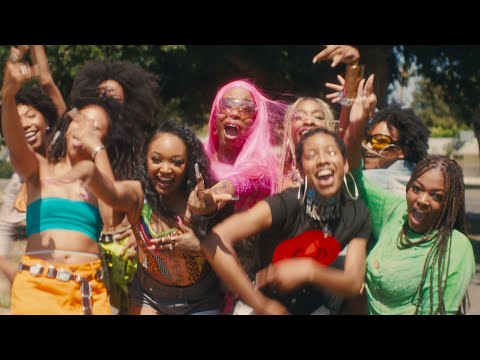 **Stereolab at The Liquid Room Edinburgh A set that redefined the notion of ‘eclectic’ with more deep cuts than a butcher’s leg. They finished with a short punked to fuck up version of ‘Simple Headphone Mind’ with a bassline that literally sucked the air out of your chest.

ugh, having missed out on Fontaines tickets for last night I was hunting around for a Stereolab spare all evening - to no avail.

Glad they were that good! Though I would have only recognised about a third of that I’m a sucker for some well-timed confetti.

First night of the tour and my first time seeing them. They were so, so good. Not quite sure how I’ve made it this far without seeing them live but I’m so glad I have now.

Very tempted to snap up a ticket from Twickets for tonight, but I really need an early night…

Yasss, I’m going to the Glasgow gig tonight. Such a good setlist with loads of the one-chord drone I love best about them. Really really hope they play Low-Fi, and would love to hear Gus the Mynah Bird too

I remember one of the earlier tracks in the setlist having a very strong bassline, really felt that one.

Great thing was that even though lots of the deep cuts weren’t songs I particularly knew, they all sounded great right away, because Stereolab.

Gutted I wasn’t able to make it in the end. Next time! Album is so so good.

I think this was my first post-COVID gig, and that ambiguity alone is a sign of how fried my brain is right now. Anyway, I had no expectations of going to this gig thanks to its midweek date, a shitty job and an even shittier home location when it comes to gigging. But last Friday I ended up getting an unexpected week off thanks to surplus annual leave, and whilst still basking in the glory of that bounty, rembered the Stereolab gig. Yes, it was that week. Yes, tickets were still available. Yes, I could get a room in Glasgow for £45. Yes, the weather was calm for the first time in 8 weeks and thus the ferries were sailing.

I needed that sooooo badly.

Funnily enough, my last Glasgow gig was also Stereolab back in 2019 in the same venue (smaller hall this time round?) Last time we got the crowd pleasing, more melodic side of Stereolab; tonight was unabashed motorik barre-chord and synth drone Stereolab and it was amazing. Particular highlights were Low-Fi (Yessss, they played it!!!), Mountain, Harmonium and the ridiculously fast version of French Disko, but it was all utterly beautiful. Still buzzing now Left: the much loved Stereolab tee i got in 2019 & wore tonight (but kept hidden cos apparently that’s gauche

Right: the 2022 addition to the family Oh, and a shout out to my taxi driver, who when I spilled out of the pub, into the street, into his vehicle and said “SWG3 please pal”, he replied “fuckin hell pal, you’re the first person I’ve picked up tonight who isn’t going to Rod Stewart!”

Delighted to read this report!

After enjoying seeing them free earlier in the year, it felt right to actually buy a ticket this
time. It’s a little venue and they were doing the rounds before coming on, it felt like I was one of the only people there that didn’t know any of them.

An enjoyable, intense set, although a slight shame the crowd felt a bit subdued. The ending run was great, frenetic and noisy. Finally ticked off a minor bucket list item and claimed a setlist for the first time.