Just found this. Not only do Slayer come on to the strains of Black Sabbath in Birmingham, but what a start, what a show. Changed music for me and they pull no punches. Straight in there with the monster hitters. The pit at that gig (I had a front stall seat), the dry ice, the atmosphere, the noise. A moment music changed.

I figured it’d be nice to get some music up in a thread. Pics also would be welcome (if anyone has any), flyers, etc - to archive a time of change and scenes crossing over in ways we didn’t think back then could be possible. 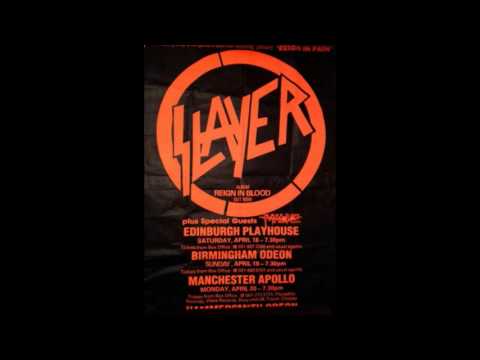 Napalm Death, 1986. Birmingham, so much to answer for. Incredible stuff. 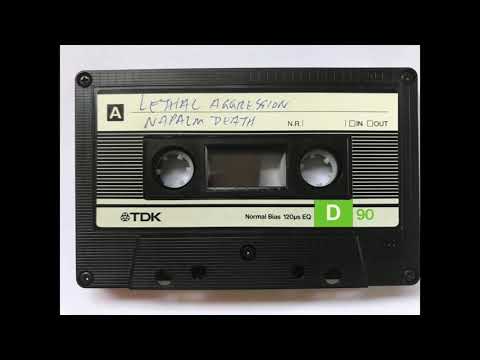 Yes, Easter Sunday Reign In Pain (the Rain In Blood Tour). I’ve never heard this since the actual show and it is striking me right at that point, they, Slayer, are at a definite peak of their powers.

The songs and so precise, the tracks from Reign In Blood particularly sound note for note, second for second, the same as the album. They are playing out of their skin and in unbelievable unison.

They (Slayer) picked up on it being Easter Sunday and were appropriately inappropriate. Once in a lifetime experience.

At 24:20 Tom details that the album was held back and apologises (almost) for fans having to buy the import as the record label wouldn’t release it.

This Briar gig was on 24th Jan was cancelled and The Motherfuckers From Mars replaced them, they have no Internet presence as far as I can see but were a gateway band into real Hardcore / Crossover live experience if you discount Husker Du, who were operating at a higher level in all ways already. However, that earthy real performance was an eye / ear opener.