LC! I Broke Up In Amarante 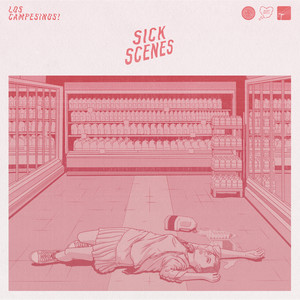 I Broke Up in Amarante

ahhhhhh can’t wait to hear this!

well, that was okay

Solid if a bit unspectacular. Happy to have more Los Campesinos though! Still quite excited to hear the new album.

read this as ‘LC! broke up’. disappointing thread.

If it disappointed you that they haven’t broken up, I’m glad you’re dissapointed!

Yusssss. Will listen to it and in a minute!

that’s my feeling about it after a couple of listens

Did expect this to be a video of an onstage meltdown in wherever Amarante is.

Saw they’re playing the Koko next May. FUCK THAT.

I’ll be going to the Cluny!

Not blown away but it’s a solid tune, excited for the album and will absolutely be at the Stereo show! Last time they played there was one of the highlights of the year for me.

They were so much fun last time they played Queen’s Social Club.

Like the new song. Especially the intro. Looking forward to the December show.