THE ROUTE
Grand depart from dusseldorf. Tony Martin will be absolutely dying to win the prologue on home soil and take the first yellow jersey. Despite being a year or two past his peak, I wouldnt bet against him.

STAGES
BAD - ONLY 3 mountain top finishes
GOOD - they include planches des belles filles and peyragudes (16% in final km) and motherfucking IZOARD for the first time. The stage to serre chevalier, with the ascent of galibier, Croix de fer and telegraphe looks good too.

FROOME - favourite. Again. Everyone’s favourite crazy legs descending, stem staring, uphill sprinter (sans bike). However, not shown amazing form this year, but you could say that about a few of these boys… stupidly strong team around him too. If he finishes, he’ll podium for sure, but got a sneaky suspicion he won’t win this time…

PORTE - coming into this, he’s looking like the form rider. But , much like Thomas, he always has at least one bad day in a 3 week race. Team concerns too? Surprising for bmc, but he was well isolated at dauphine. He’ll be right up there and prob in yellow at some point, but cant see him winning.

QUINTANA - already failed in his giro/tour double. Despite that, and like many contenders this year, not looking to quite have the form of previous years, the lack of tt kms will help him, and there’s enough brutal gradients to keep him interested, but will the lack of mountain Top finishes be his undoing?Reckon he might just win y’know…

CONTADOR - twilight of his gc career now and he’ll do well to podium. He’ll liven the race up no end though - expect lots of attacking from him…

PINOT - another to look decent in the dauphine without actually looking world beating… stands a chance, for sure, but dont think hes got the strength of riders around him he’d need.Will he be the first French winner in 312 years? Don’t think so…

MAYBES
Aru - looked in decent nick at dauphine, after being distraught to miss the giro when it came to his home island. Top 5 for sure, maybe podium. But equally, could end up seeing fuglsang step up to team leader if it all goes pear shaped.
Chaves- rebuilding his season after injury. Short of km, shouldn’t stand a chance. BUT let’s not forget he podiumed (ugh) twice in grand tours last year. And he has a lovely smile
Bardet- just can’t see it happening. Sorry, France.

GREEN JERSEY
Ah Peter. Lovely Peter sagan. Sell me a bora oven why don’t you. Absolutely nailed on for green, if he stays in the race.

SPRINTS
Kittels gotta be favourite for the early sprints at least, whether he makes it through the first 3 weeks, we’ll see
Griepel- will pick up a stage or two
Cav - never ever write him off back too soon from injury - won’t win a stage
Degenkolb/kristoff - both had pretty indifferent seasons, but both capable of hanging in there on a tricky/lumpy stage and sneaking a win
Demare/bouhanni- let’s see who the premier second tier sprinter from France is…

WHITE
Straight fight between meintjes, buchmann and whichever Yates is racing this month. Too hard to call, so I won’t.

POLKA
Hmm. Tough one. Majka will have another go I’m sure. Maybe chaves if he gets knocked out of gc contention early on. Izaguirre looked great at timed in tour de suisse, so I’ll go for him.

First 3 weeks? How many are there??

Usually best to stick with Eurosport for live and itv for highlights.

La course (womens world tour race) will also be on eurosport - first stage up the IZOARD on 20 july from 9am with the top 20 qualifying for a pursuit race in marseille on 22 july. The women pros rarely get a chance to compete in the high mountains, so really looking forward to this. Fascinating format too… 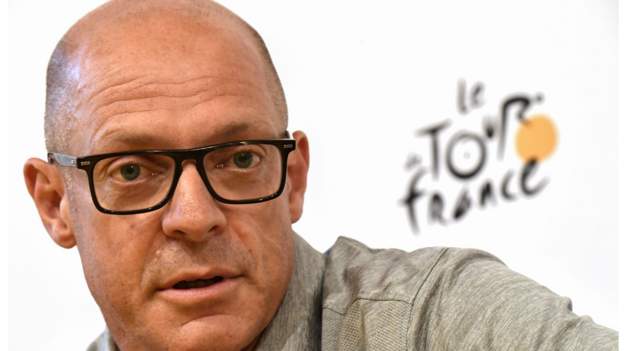 Sir Dave Brailsford defends Team Sky while Chris Froome says he has no trust issues and could extend his contract.

Froome to crash out early on, Thomas to take team leader role and boss the whole race.

Fantasy league deets^ for anyone who missed it in the other thread.

Great write up @anon50098204. Some great stats in there too. Reckon this is Porte’s best shot at a TdF victory in the Froome era, but his consistency is still an issue for me. As long as Froome doesn’t kill the race on the first MTF like in 2015, I’ll he happy.

Have Cannondale actually said both those guys are going for GC? I wish they’d just go all out for stages like at the Giro. It gets them so much more coverage than an 8th on GC, and does a lot to animate the race when there’s one or two WT riders in the break alongside the fodder.

I’m not sure about broadcasting every moment of every stage. Yeah, it’s nice to see the break form, but what about the next 4 hours?

TBF, he is more of a ringer for Nick Robinson.

Especially on sprint stages. I get the idea for a big monument like P-R or RvV, or a big day in the mountains or one of those super short stages, but for a 215km long sprint stage??

am i missing something? just don’t watch the start of it if you don’t want to

Nah, the fact that a pan flat stage is televised in full could be a turn off for new fans. The first part where the breakaway forms, great. The ensuing 4hrs of cat and mouse is boring as fuck on a sprint stage. I might not have described it too well, but this does it better… 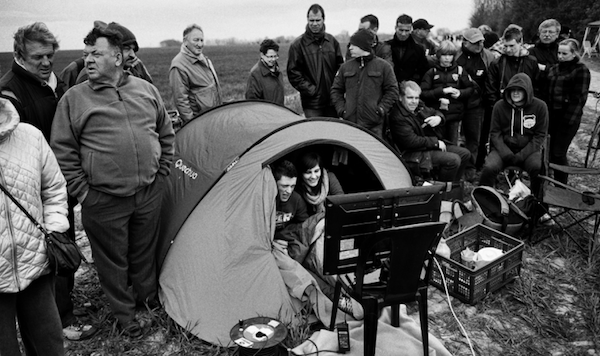 Why Show The Whole Race?

Why was Paris-Roubaix live on TV from start to finish? Pose the question and the answer isn't immediately obvious. It's to do with advertising, the media landscape in France and technology. More and more people are watching normal programs with a...

more importantly - why can I not watch this show?

“in France invariably has some repeat detective series like Kommissar Rex, an Austrian show featuring a crime-solving police pooch:”

Oh yeah, it’s kind of a personal annoyance because I subtitle ITV at work. Obviously watching the Tour as work is great, but the vast majority of my colleagues really don’t like it, so they direct their moaning and confusion at me. Hours of nothing allows David Millar time to go off on tangents about his early career and mentioning French terms, which is hard enough for me to subtitle, let alone people who don’t care or know much.

So much this. I’ve filled a freezer and been shouted at a few times today. Much rather be doing @svenrokk work

That’s only for three weeks of the year. The rest of the year is filled with Piers Morgan, Jeremy Kyle, Love Island and trying to understand Gaelic football.