2005 was the year that on the final night the beer tent was raided and loads more gas canisters were thrown on fires resulting in someone being hospitalised with burns.

Probably the two years with the strongest line-ups that I can remember: This Bring me the Horizon set/stage show is unexpectedly very entertaining.

I’ve actually become a really big fan of them in the last few years. Clearly at the poppier end of metal, but they’ve become one of my favourite metal bands.

Their set in the tent at the end of 1 Big Weekend Middlesbrough in 2019 amidst a sea of tickertape was quite spectacular. Mother Tongue, Parasite Eve, Throne, all massive tunes.

Not so Into this song, hence posting, but yeah, this is fun. They’ve got a lot better from the band I walked out on after 3 songs in 2008

Enjoyed the singer from The 1975 getting the crowd to chant ‘COVID ISN’T REAL’ during the BBC coverage. What a cool guy he seems, yet again!

Apparently followed it up with an “only joking, m9” disclaimer but… hmm. Actions have consequences

Hope the consequence is him getting slapped tbf

He’s a dick but it was clear immediately after he said that, that he was joking. Not that it’s funny.

Halsey was absolutely wonderful tonight. Immeasurably better than the 1975, who were almost as dull as those Arctic Monkeys last night.

It’s kinda funny when you live in Reading and you bump into friends you only ever see at the festival these day because you don’t keep in touch but then you’re there every year having a great time. I really, really love Reading festival, it’s always very fun.

He’s a total goon and his band are awful… just joking!

Do you know if their set was filmed at all?

I’m not sure. There were cameras used as part of the visuals, and I don’t know why it wouldn’t have been, but I have heard it’s not gonna be broadcast, which is annoying.

Who are we talking about here? Halsey, 1975,or Arctic Monkeys?

The latter didn’t want their set broadcast live, but it is, or will be available on iPlayer.

Halsey’s set should be going up on iPlayer too 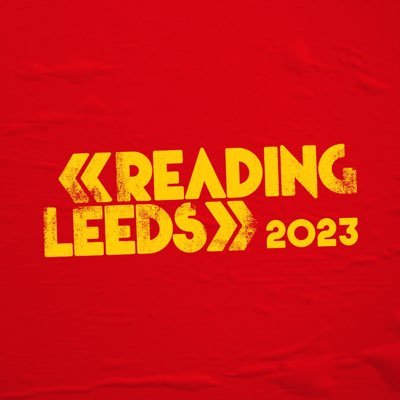 Oh, that’s not what they were saying earlier. Oh well.

She was one of my highlights of Leeds. Never heard a note of hers before but even with a bad case of the shits she gave a great festival show.