they have one song.

I think what Blink 182 does is considerably harder to do than people think. There are thousands of bands who are in their mold or try to be them, and 99% of them are unlistenable. Their talent for writing melodies (and finding the perfect one for the chord progression / song rather than just any one) and not wasting time is criminally underrated and part of why I get so angry every time “pop genius” is thrown at Rivers Cuomo every time he doesn’t manage to fully embarrass himself.

I’m probably in the minority, but I think the 2003 s/t album and 2011’s Neighborhoods are the best things they’ve done and are great albums with no disclaimer needed (other than the two interludes on the former being regrettable).

Chronological order - could probably make it better by playing with the running order a bit.

All total bangers. 10/10 playlist. Come at me bros

A million likes for this xxxx

I really wish Mrs Potter’s Lullaby had made it too! 8 minutes of epic.

Cracking run of tracks that. Good shout on Waggy as well.

I’m going to allow this. Swap it in for What’s My Age Again? It seems that it is possible to improve on perfection after all.

with you on the self-titled, Neighbourhoods, eh, not so much

you mean the end of Enema of the State?

Their best three tracks I reckon. eric ‘they’ve only got one song’ v should blatantly check them out

Who the fuck has been ridiculing everclear?! I’ll fight them.

Here’s my shot at Blink 182. Using the “Long December” rule on Dammit, and unhappily leaving off many Dude Ranch (and all Cheshire Cat / Buddha) classics due to the sense that they’re not going to change anyone’s minds. “Pathetic” and “Apple Shampoo” are the hardest ones. 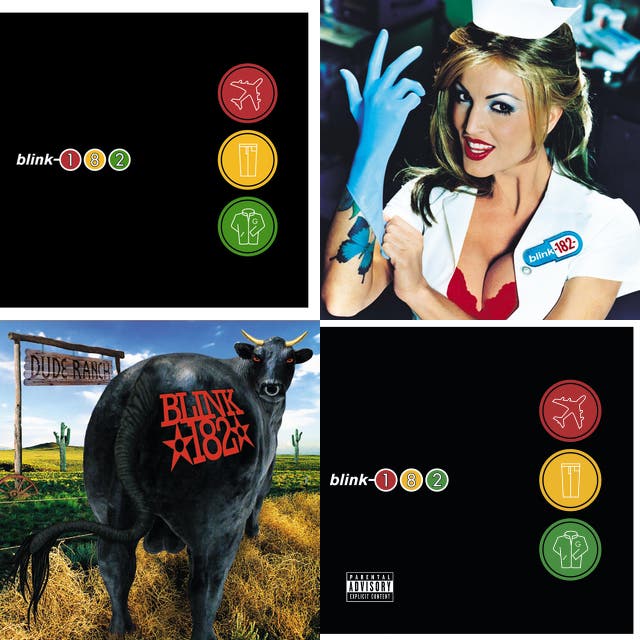 Who the fuck has been ridiculing everclear?! I’ll fight them.

Nearly everyone I know says, “every single Everclear song is exactly the same thing and all he does is sing about his dad.” I’ve lost sleep over this.

I really wish Mrs Potter’s Lullaby had made it too! 8 minutes of epic.

Yeah, it’s a great, great song that fully deserves to be on there. I wish I could have included more of This Desert Life. I always underrate that album, just because I’m so high on the first two and Hard Candy.

Invalid without Dammit, Josie or Always

Tune tbh tbf. Beyond that, I concur - they are terrible…