Especially if you’re a singer or performer or public speaker.

Has your voice ever just…stopped. OK, not stopped hut changed and become limited. Is it just an agingthjng?

About a month ago I suddenly, like overnight, couldn’t raise my voice anymore and I was hoping it’d go away but so far nothing. Can’t find anything online about what it could be but I remember a friend getting something like nodules? On her vocal chords. Is that a thing.

Panicking as I cant run tours anymore if i can’t speak at a louder volume than just conversational. Could corner the market on ASMR tours I guess

Has your voice ever just…stopped. OK, not stopped hut changed and become limited.

Had a bit of a nervous breakdown a few years ago. Work… got on top of me, and I ended up collapsing in the office. Over the next two days I could barely speak, and when I could it was with a very very pronounced stammer. Ended up having to have speech therapy, and my lovely lovely therapist said that it’s common for speech to change in times of stress.

Difficult to say definitively without knowing the ins and outs of your situation, but given that you’re worried about not being able to do tours as a result of this, is it possible that some stress has prompted a change?

Huh, definitely could be linked to something like that.

Interestingly, or not, I also have a stammer that I never had but that’s developed over a few years and only on my tours

Happy to chat over PM if you’d like a few more details, for sure

I have a reoccurring nightmare where I’m being attacked and the power of screaming just leaves me and I’m croaking. It’s terrifying. Vocal nodules is a real thing and is treatable. Also find my voice changing with stress, it gets weak and my throat constricts and feels dry, this only developed recently so stress could be a thing. Also if you haven’t tried, maybe resources for singers might help you

Only kind of related, but a long long time ago I got mugged and grabbed around the throat. I couldn’t speak above a whisper for a fortnight after it happened and my voice had dropped a bit when it did come back. It’s still not what it was thirteen years later

not really what you asked but i’m very bad at modulating my voice, often speak too quietly without realising and sometimes too loud.
find it even harder when i haven’t spoken for ages

the power of screaming just leaves me

This is my reality, as it happens

Are you sure you’re not having sleep paralysis? This is major part of SP for me. Try not to sleep on your back if so. It’s so terrifying

is there anything that voice therapy or doctors could do to help?

I’ve not really tried tbh. I can raise my voice a bit, but thankfully as the years pass by the likelihood of me getting into the sort of peril that might require screaming diminishes. Although that said, Jimbo’s almost at theme park age so I’d need to respond accordingly on the exciting rides…

Yeah I have this with sleep paralysis, completely unable to alert anyone to the situation cos no matter how hard I try, I can’t generate any sound.

It’s the worst bit for me, no matter how horrific what I’m seeing and hearing is, its the trapped voice that sends me into an absolutely terrified state. Stupid brains

Does anyone else get vaguely existential when thinking about what their voice is? Like I’m not really sure what my normal speaking voice sounds like, and I’m conscious of the fact that I oscillate around various “versions” of it and that I pluck mannerisms from people I like and TV shows and videos and stuff 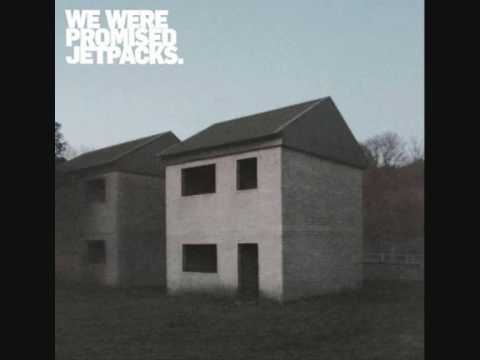 Reminded me of this tune.

Yes. Totally fascinated by this stuff.

Not sure if related but I’m fascinated by how voices can change when speaking a different language. Don’t think it happens for everyone but when I speak Spanish i speak in a lower octave and I’ve definitely noticed it in other people and languages.

Never had this, sounds scary, hope it gets better.

You know how some peoples voice goes husky when they’ve got a bad cold or something, I’ve never had that. Usually sounds cool. I’ve never “lost my voice” ever.

I can’t scream in my nightmares either, and when i try to run away or fight back i find i can’t move properly

@Scout sleep paralysis is supposed to happen when you’re asleep (to stop you sleepwalking etc), it’s only when it happens when you’re awake that it’s unusual.

One recurring dream i had for a while was that i was trying to drive from the back seat of my car for some reason but i couldn’t move the wheel properly because i didn’t have the coordination (no idea how i was reaching the pedals anyway, dream logic is weird)