Captured Tracks: “We are no longer working with Alex moving forward”

i guess in some ways it’s good that more of these are coming to light, as it means we’re probably collectively making some progress, but when a load come to light at once it does just feel really depressing, like the whole industry is broken.

Just gonna start listening to music only made by women, cos apparently all men are just awful.

Even where’s there’s not fame and fortune at stake, even when it’s just small local band scenes, this stuff is rife. I know so many people who have had those kind of traumatic experiences, and then had it brushed away when the perpetrator only has a small amount of clout in something as small-time as bands who play gigs in pubs.

As I said in the Harvey Weinstein thread:

The sad fact is that a lot of men will say all the right things when it’s some celebrity who is essentially abstract to them, but when it’s their pal? They close ranks.

“You’re making too big a deal out of this”

“I really like his band, and I want to continue putting on their gigs”

“Are you not making things difficult for everyone”

There are plenty of women who will do this too. Making the bargain with the devil so they can convince themselves that it won’t happen to them. Only those other women.

To give this a boost:

Last year a group of women came forwards to share stories of serious abuse at the hands of a musician. That guy is now using his money to try to sue them into silence. There’s no legal aid available (thanks Tories!) so they’re having to do a crowdfunder to raise money to afford legal representation.

I won’t write who the “irritating” litigant is, because it’s not allowed for legal reasons. Please help these women out. 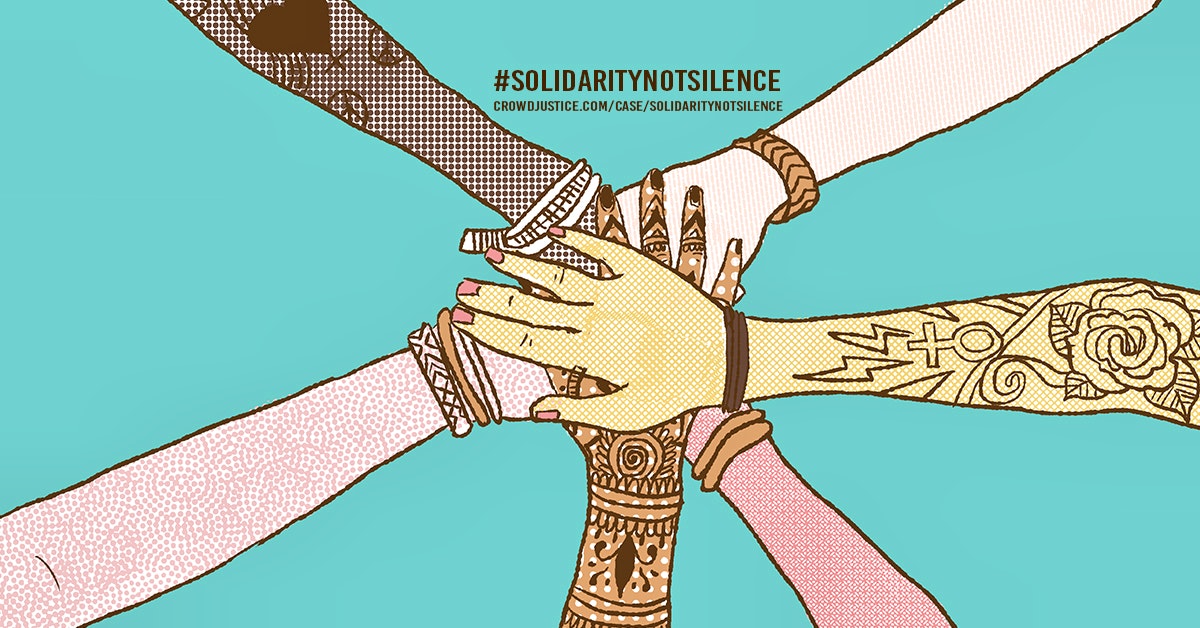