Inspired by the An American Wants to Know thread.

Little France is a suburb of Edinburgh, the capital of Scotland. It is on the A7, approximately 4 miles (6.4 km) south of the city centre. The area falls within the parish of Liberton in the south-east of the city. It acquired its name from members of the entourage brought to Scotland from France by Mary, Queen of Scots, who took up residence at nearby Craigmillar Castle. The French left the city following the siege of Leith, under the terms of the Treaty of Edinburgh. Little France is the lo...

Little Germany is an area of particular historical and architectural interest in central Bradford, West Yorkshire, England. The architecture is predominantly neoclassical in style with an Italian influence. Many individual buildings are listed, and Little Germany is also protected as a Conservation Area. The buildings within Little Germany date back to the 19th century, developing from 1855. Most of the buildings were constructed for the use of textile businesses, although are also a few non-...

Little Portugal is the nickname for the large Portuguese community in the South Lambeth area in South London, which is between Vauxhall, Stockwell and Brixton. Its central South Lambeth Road and connecting streets are home to many Portuguese cafes, bars and food shops. 7.6% of Lambeth are Portuguese-speakers, equating to roughly 25,000 people. Many families from Portugal first settled in the area during the 1960s and 1970s. Many worked in the catering and hospitality trade, with some women ga... Little Ireland was a slum district of Manchester, Lancashire, England, in the early 19th century. It was inhabited from about 1827 to 1847 by poor Irish immigrants, and was south of Oxford Road railway station, enclosed by the railway line and the loop in the river. The area was demolished to make way for the Manchester South Junction Railway line. In his book The Condition of the Working Class in England in 1844, Friedrich Engels wrote about Little Ireland, calling it a "horrid little slum". ...

Little London is a residential area of Leeds in England, north of the city centre and Leeds Inner Ring Road. It is so called because in the 19th century it had fashionable housing and interesting architecture comparable with London. In the 1950s and '60s it became largely council housing and now consists of a mixture of high-rise and low rise flats and houses. The area falls within the Little London and Woodhouse ward of the City of Leeds Council. The area is divided into four estates; Love The...

Little Britain is a road in the City of London, just behind Bart’s Hospital.

Little Venice is a district in West London, England, around the junction of the Paddington Arm of the Grand Union Canal, the Regent's Canal, and the entrance to Paddington Basin. The junction forms a triangular shape basin. Many of the buildings in the vicinity are Regency white painted stucco terraced town houses and taller blocks (mansions) in the same style. The area is 2.5 miles (4.0 km) west-north-west of Charing Cross and immediately north-west of Paddington. The Little Venice ward of th...

I used to live a stone’s throw from here. Can’t believe I forgot that TBH.

Not officially a ‘little’ place but WCYD

Solvang (/ˈsɒlvæŋ/; Danish for '"sunny field"') is a city in Santa Barbara County, California. It is located in the Santa Ynez Valley. The population was 6,126 at the 2020 census, up from 5,245 at the 2010 census. Solvang was founded in 1911 and incorporated as a city on May 1, 1985. Solvang is often dubbed "The Danish Capital of America". Solvang's origins date back to 1804, when Mission Santa Inés was founded by the Spanish under Esteban Tápis. A small community grew up around the mission ca... 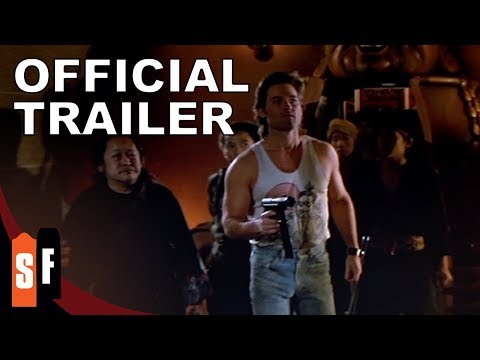 Newtown was a residential area of Cardiff, Wales that was also known as 'Little Ireland' because of its population of Irish families. Its six streets and 200 houses existed from the mid-nineteenth century until they were demolished in 1970. It was known as one of the "5 towns of Cardiff", the others being Butetown, Crockherbtown, Grangetown and Temperance Town. The areas later known as Newtown and Adamsdown were the first significant areas of housing that developed outside of Cardiff's old ...

Another Little Ireland, but it’s now not called that I grew up in ‘Little Portugal’. Really friendly part of London, used to sit in the Portugese bar with my dad watching the football. Funny to think that I never really noticed anything when I was a kid but it would be so immediate to me now how strong the diaspora community is there.

Oldham /ˈoʊldəm/ is a large town in Greater Manchester, England, amid the Pennines and between the rivers Irk and Medlock, 5.3 miles (8.5 km) southeast of Rochdale and 6.9 miles (11.1 km) northeast of Manchester. It is the administrative centre of the Metropolitan Borough of Oldham, which had a population of 237,110 in 2019. Within the boundaries of the historic county of Lancashire, and with little early history to speak of, Oldham rose to prominence in the 19th century as an international c... I did not know that. Fascinating stuff. Mentions the Boxer Jim Driscoll who my best mate is related to.

Mentions the Boxer Jim Driscoll who my best mate is related to. LittleBigPlanet (stylized as LittleBIGPlanet; abbreviated LBP) is a puzzle platform video game series created by British developer Media Molecule and published by Sony Interactive Entertainment. Most games in the series put a strong emphasis on user-generated content and are based on the series' tagline "Play, Create, Share". The tagline represents the three core elements of the series: playing alone or with others locally (on the same console) or online, creating new content using the in-game ...