Got anything to say about lorry drivers? I just read this and found it strangely moving (no pun intended!) 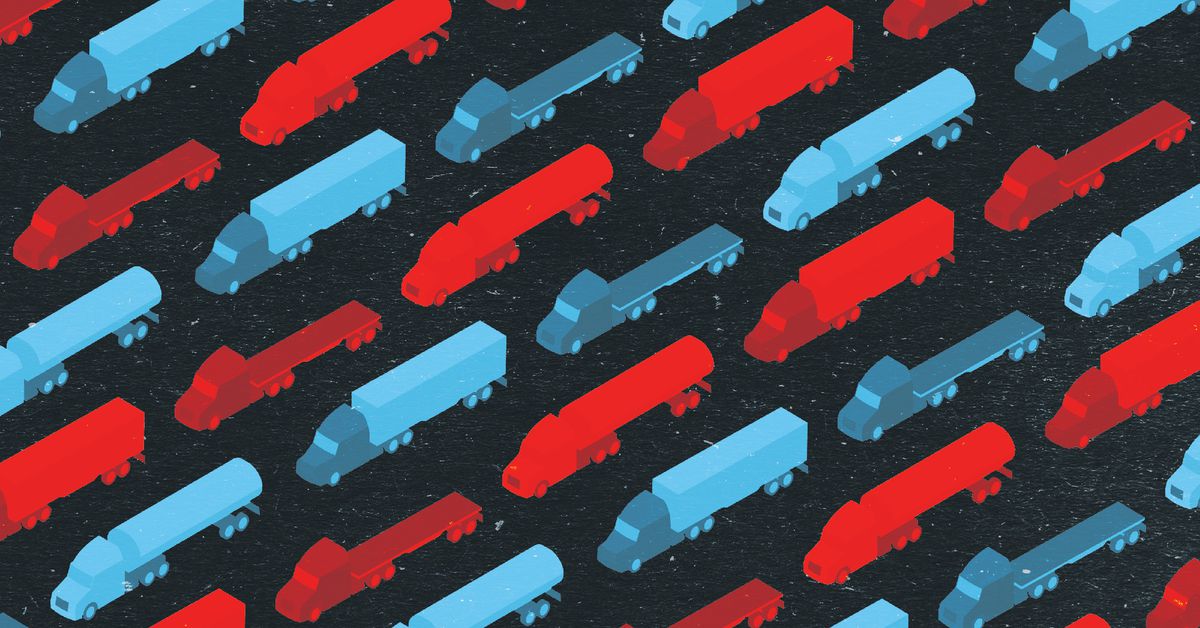 The Siren Song of the American Truck Driver

Truck drivers are the lifeblood of the American economy. And the skill it takes to do their job—which is annually tested at a little-known competition—is greater than most people know.

Every now and then I have a little consider of becoming one, seems like quite a good job for a misanthropic loner like me

dad used to be a lorry driver. fucking loved it.

I really fancy kipping in the cab.

Well it’s something to pass the time, I’m sure.

I think lorry driver is the most commonly held profession that I’ve never met anyone who does (that I know of). So there you go

I think that you should get a vehicle that is one bigger than the last vehicle you drove as a job every 3 years of your employment.

They will all be automated within 20 years

As long as you don’t mind working ridiculous hours then yes, it is.

I was going to do it a couple of years back, got my Class 2 (rigid lorry) licence but before I got round to doing the one to drive artics I got a job in a transport office instead, so just have to deal with 100 of the miserable bastards on a daily basis instead. Might still do it at some point in the future.

No idea how so many of them manage to do a 15 hour day, have 9 hours off and repeat 4 or 5 times a week though.

Not sure we can trust smee with a tank

They seem to kill a lot of people don’t they.

Unless it’s a Tommy Tank that is!

The space shuttle was smaller than many planes, so maybe spaceship first, then planes

Thanks for the input. With collaboration like this I’m confident we can get this process nailed.

Good article that. I thought that it was a bit surprising that they didn’t mention automation and the impending obsolescence of the occupation though.