Lou Ottens, inventor of the cassette has died 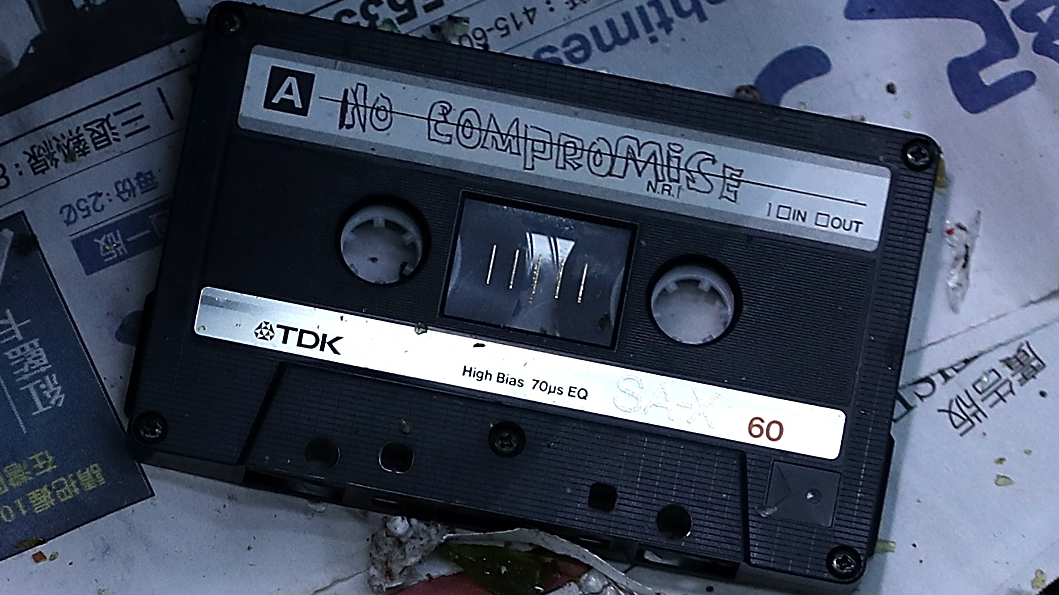 Lou Ottens, Inventor Of The Cassette Tape, Has Died

"Next time you make that perfect playlist on Spotify or send a link to share a song, you can thank Lou Ottens," documentary filmmaker Zack Taylor told NPR.

I feel the same way about tapes as he did, TBH, but obviously a wildly important format of my youth.

What a guy, to invent something that I imagine was pretty revolutionary (someone correct me) and to just say ‘it was actually not great’. RIP, tapes have genuinely brought me a lot of joy in my life

Agree. It is a flawed format but when I discovered taping music at the age of about 10 it totally blew my mind that pressing record and play captured either your voice, etc or the music you were listening to. I used to look at the reel on the cassette thinking how is it now on there?

Contextually it seems like his issue with it were how good it sounded which is a reasonable thing to have against it. Possibly he spent a long time trying to improve the sound and never could so he felt like it was a failure?

Shame that I’d never heard of him until he died.

I’ll echo you guys where tapes were a huge part of your life. From taping your own voice and being daft to making mix tapes to taping your favourite songs during the Sunday Top 40 chart to playground swapping of copied albums which you’d hope your mates didn’t do using high speed dubbing.

And remember…computer games were on cassettes too when growing up. I remember telling a mid-20 year old this at work a few years ago and he thought I was bullshitting.

Even the stickers and label cards you’d get with tapes allowed you a little fun in how you labelled the tape and the case and gave you some individuality in a small way.

I don’t miss the fact that they’re now obsolete and have been improved upon but their versatility and simplicity was amazing.

RIP Lou Ottens, a huge amount of my childhood was centred around your invention.

The sheer number of hours I used to spend making tapes for my walkman (okay, my Dad’s) between the ages of 8-15. RIP sir.

This is like a top ten cool thing to have invented

What an impact he had.

Similar to others have said, massively important part of my youth and getting into music in general for me. Still remember my first radio cassette recorder and the… freedom it gave to make my own tapes of songs I liked! Felt incredible at the time.

First song you taped off the radio?
Milltown bros - which way should I jump? Was mine.

Bought a Sanyo Walkman with paper round money, tdk c90 tapes and records borrowed from the library. Only way I had of listening to music for 4 or 5 years. Priceless.

I also used my paper round money to buy a Walkman, a sentence that probably makes zero sense to anyone under 20.

Still proud of when I worked out that Argos’s return scheme meant that every few weeks I could return the walkman I’d been using for a for a full refund, and the use the money I’d saved in that time to buy a slightly better model. Took me months but I eventually worked up to something really fancy. Dolby noise reduction! Automatically playing the other side of the tape! Such luxury.

Found my first stereo in a market recently, what a cool and stylish piece of kit (which I bought from Boots): At least he managed to see 90…

At some point I got a really similar double cassette player, can’t remember the brand though. Taping a tape seemed like magic.

Edit - actually the machine I had was so similar to the one pictured I wonder if was just the same thing rebranded.

I still buy cassettes now. Which sounds ludicrous I know, but cassette labels are often the ones putting out the music I like the most.

Obviously like everyone here, a big part of my childhood/teenage years too. Hours spent taping stuff, making mixtapes, drawing covers.

This documentary, which features a lot of Lou is worth a watch btw. 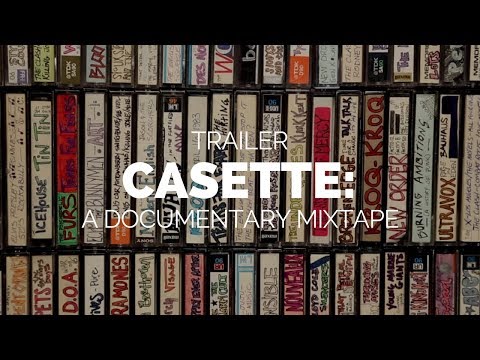 I’ve bought a few via Bandcamp in the last 2 or 3 years. Just a way of supporting the artist isn’t it and quite fun having a few tapes around.

Like a lot of you, tapes were such a hugely important part of my musical upbringing. From taping myself and my sister dicking around, to my dad’s car tapes, the [TW] Jacksons/Michael Jackson c120 tape I wore out through playing it over and over, and then to all the many mixtapes I made myself from the ages of 12-18. Minidisc took over for me for a while, but it was never the same.

I found a box of all my mixtapes in my parents’ loft a year or so ago, and decided to recreate them all on Spotify and listen to them. It’s been a bit painful going through basically the entirety of the Seahorses album across four volumes of “The Best Of 90s Britpop”, but it’s been really interesting to see how my tastes developed. The fourth volume included Mercury Rev - not sure they’d be too happy being labelled Britpop, and I think that’s when I realised I needed to move onto a new series, which I decided to call “Damn Good Stuff”. Another misnomer because it had Travis’s Britney Spears cover on it.

Anyway, I’ve loved all the photos of Lou Ottens posing with cassette tapes over the last few days. Rest in peace Lou, and thank you for your invention! When I lived in Bologna I used to occasionally go to this cafe where they have hundreds of mixtapes that people have made them. Really fun looking through the tapes and the notes people have made for them.

Buying a tape/CD, copying it, returning it because ‘my Aunt bought me a second copy and I don’t need this one now’

unacceptable! Borrowing from the library and taping it: fine.