Thought I’d start an M83 thread. I’ve been a fan of the band since their debut but especially liked Saturdays = Youth and Before the dawn heals us.
Wasn’t so bothered by Hurry up we’re dreaming and I kinda dismissed their album Junk from last year after hearing it once and reading a few bad reviews.
But here’s the thing I’ve listened to Junk a few times this week and I really like the retro feel to it. It really deserved a second chance. Don’t expect the same sound as the mid 00’s M83 but this is a great album in its own right highlights for me have to be Go!, For th kids with a stunning vocal by Susanne Sundfør, Road Blaster and Atlantique Sud which sounds like some lost 70’s easy listening classic.
It’s not M83’s best but it’s a perfectly good album which deserved better praise.

Junk had loads of fine moments, I dismissed it a bit first of all too. This is an underrated classic and one of their best tunes -

Live versions of We Own The Sky always give me goosebumps. 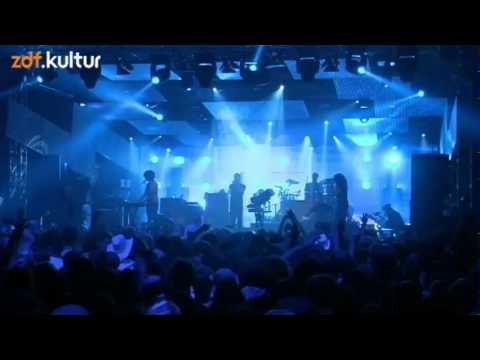 The debut is astonishingly good. Personally, my enjoyment of his albums has been on a strong exponential decay curve ever since. Seems lots of folk like them, so ascii shrug.

Junk was a bit disappointing, but does have a few great tracks on it. I even warmed to Do It, Try It after a while.

Dead Cities is their best by a significant margin.

I admire Junk for being a more honest look at 80s nostalgia. Laser Gun is much better than anything on the last few albums.

I actually prefer this version, but it’s not a pro shot.

Had a massive crush on Morgan Kibby for a while after seeing M83 live a few years ago.

Arriving more than 12 years after the first installment, DSVII will be released on September 20th and is available to pre-order here now. At first there…

Excited by this. DiS got me into M83, Dead Cities an early DiS LP of the year. Junk was so far from what I wanted from him.

This though has the potential to be great.

I’ve loved all his work but prefer the earlier stuff. Despite its failings Junk still has some damn good songs. The problem is though it doesn’t sound like the earlier stuff. With the new album it sounds like he wants to create a sound closer to his earlier work. I’m excited!

I posted the above clips by searching m83 then videos on Apple Music. The whole videos are there. For some reason it only wants to give 30 seconds on here. I really like the first video. It’s a lot closer to his earlier stuff.