Inspired by maoam’s thread from yesterday, looking to gather intelligence from the DiS collective on an upcoming trip to Madrid. I’m heading there this week for a couple of days and know nothing about the place, or Spain in general, and can’t see a previous thread.

@profk to the thread, etc.

I’ve only ever been to Barcelona for a couple of nights. It seemed very nice.

also, anywhere I can get a coffee and get my laptop out to read for an hour or two would be appreciated. in some places that’s really easy to find (Berlin, the US), but in other places it just doesn’t seem to be the done thing (France, in my experience).

Usera for the area with different communities. Also lots of great Chinese and Central American cuisine. Also try Mercado de Maravillas for more of the latter.

There’s a place called Proper Sound that might be what you’re looking for when you say an audiophile bar but I’m not entirely sure. It’s near a venue I went to for a gig.

Malasana and chuecha are the gentrified hipster bits

Lots of cafes and chill bars

Lovely city. Much prefer it to overrated Barcelona (much cheaper also).

Great city for urban walking. Parque de Retiro is the main city centre one. Casa De Campo you can do some actual proper hiking in should you wish - can be a bit sketchy after dark though. The whole city is amazing for walking and stopping off places - every side street will have multiple bars/cafes/restaurants. To your question, pretty much everywhere will be fine with you stopping off and reading/internetting/whatever - places are designed to be more like chilled out living rooms rather than in/out businesses.

Could do with a good bookshop as well 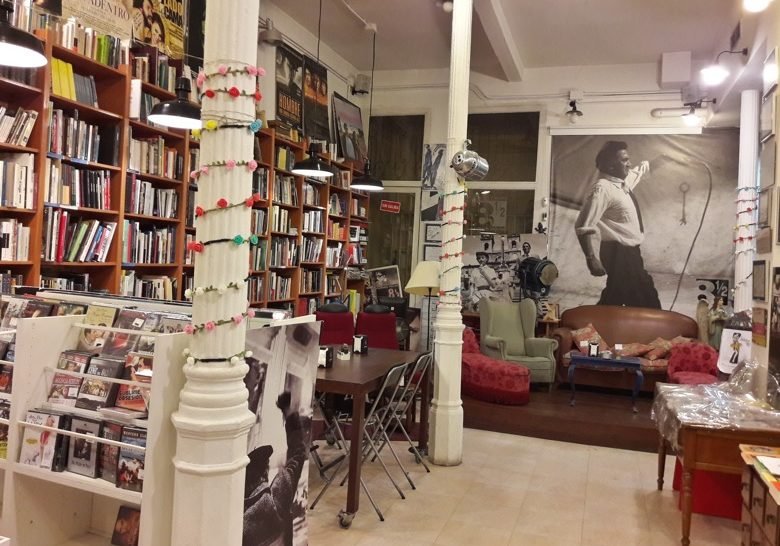 "Ocho y Medio Bookstore" is entirely dedicated to (not just Spanish) movies & movie lovers. It even has a coffee shop and Madrid's very own Walk of Fame!

When I went to Madrid I accidentally joined a fascist pro-Franco rally, don’t do that.

Quite liked this little bookshop when I went. Sometimes have some interesting events on with new writers etc.

I went a few years back, but found out about this place only after I’d been- 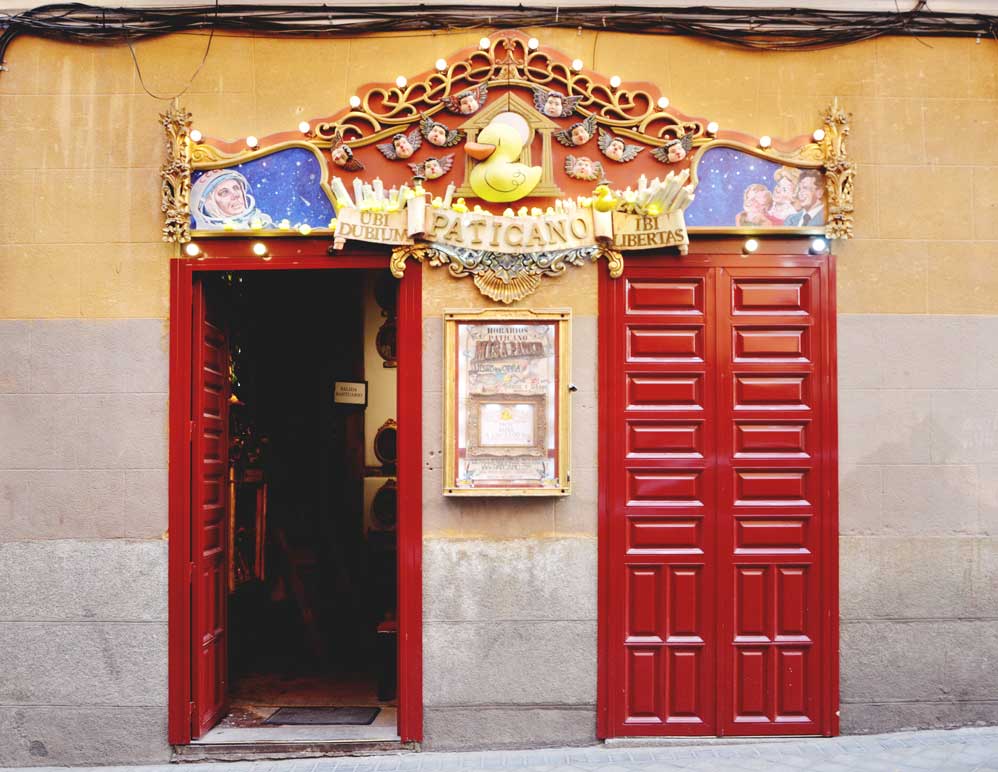 The Duck Church of Lavapiés

Unless you live on this quiet, narrow street in Lavapiés, there's almost no reason for you to walk down it – that is, unless you're going to the Duck Church. Nestled into the ground floor of a centenarian building lives a tiny temple devoted to the...

Would definitely have gone to see the Duck Mass had I known about it.

Parque el Retiro is probably my favourite place in Madrid. There’s a small art gallery inside.

Last time I went to Madrid was nearly 20 years ago, so a lot of my info is out of date. We took the sleeper train from Barcelona, which was cool - the scenery along the way was amazing.

I’m pretty sure that Guernica by Picasso is still at the Prado Gallery though, which is an absolute must see. I’d seen pictures of it, but nothing prepares you for seeing it in real life.

It’s at the Reina Sofia

20 years is a long time, and my memory isn’t what it was. Aren’t the two galleries opposite each other? At least I wouldn’t have sent them to the wrong end of the city

Aren’t the two galleries opposite each other?

They are very close to each other

thankyou. i will check that out. surprised i didn’t list ‘are there any duck churches’ in the original post

that’s very close to what i was after, a nice place with a good soundsystem where i can drink and listen to some tunes. thanks, never would have found that otherwise. thanks also for the tip on Usera, I’ll make a beeline for that

i had it in my head that the Prado was all old renaissancey stuff that i get nothing out of - if it’s more ‘modern’ then that will be right up my street. thanks for all the info

Looks like there are trains that take 3, 6 or 9 hours: