This is lovely. His commitment to clearing it is pretty amazing. He even got a sit on mower up there! 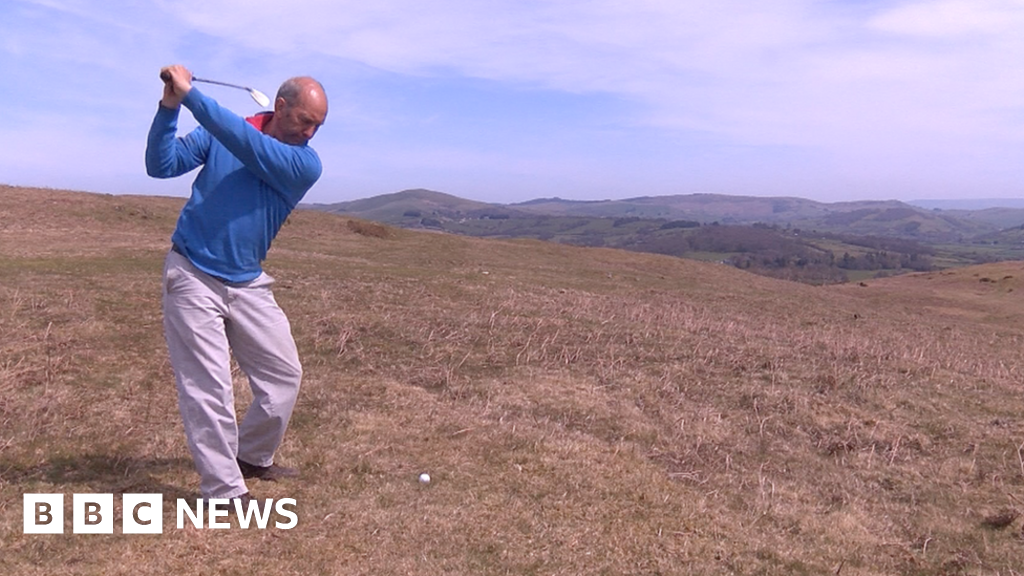 The course was designed by the man that created the famous Augusta and Pebble Beach courses.

Well it only sounds like old bracken he’s cleared and it’s a small area in a very very large open space so doesn’t seem that bad to me.

Yeah - there’s talk of rewilding one of Brighton’s council owned golf courses (although not the one with an iron age fort on it, which you’d have thought might be the one you’d want to open up to more than just golfers)

Sorry, I’m just anti golf courses, or the amount of them at least.

Just what we need, another golf course!

that’s fine. I’m not a golfer, but this seems like a nice thing to do and obviously got him through lockdown.

Yeah I didn’t to be such a cynic, it’s a great undertaking and must be so fulfilling for him to see what he’s achieved.

I love when you get one person do something on this scale, can’t remember the other things I’ve seen like this but they’ve been mind-blowing!

Could say the same for your threads to be fair.

True, but I wouldn’t expect the BBC to do a feature on me finding an old thread

No that would be shit.

Quite like the fact that he’s not intending to actually make it into a ‘proper’ modern golf course, but is more interested in the idea of it being like how golf originated (which I believe was Scottish people lumping a ball around in the heathlands and coasts etc), plus he’s doing a thing for charideeee so it can’t be all bad.

Also I get no impression that he’s ever going to make it into something commercial, he’s just dorking about on a hill

None of it is bad, he’s just cleared some bracken and found a few old holes. Gonna nominate him for a pride of Britain award I think.

Yeah, he’s just dicking about on a hill, and it’s nice. There’s a crapload of bracken around there, and there’s no way what he’s done isn’t going to succumb to nature soon anyway because he isn’t going to keep it up forever and isn’t putting the infrastructure in place to do so. He’s just having a nice time.

I say this as someone who, if I ever ran for public office, would do so on a platform of making all golf courses public parks at the very least, and maybe reintroducing bears to them

True, but I wouldn’t expect the BBC to do a feature on me finding an old thread

wouldn’t be that surprised tbh

No need, it’s very pervasive in that region