I’m heading to Manila in October for around a week for work and was thinking of heading over a few days early to combat the jet lag before my contract starts. Anyone have any ideas of things to do in the area and what the city’s like? I’ve never been that far east so I’m excited but also have no idea what to expect tbh

I was only there for 24 hours as part of a layover but I didn’t get a great impression of there being loads to do tbh. I think if you have time to get there a week early I’d catch a flight out to Palawan if you like beaches/nature.

I’d heard from a colleague who’s done this work trip before that it’s not a great city to visit, doubt I’ll be allowed to travel elsewhere as the organisation I’m working for is paying for my flights and accommodation. Ah well

Maybe there’s good day trip options from there? The island of Luzon looks like it’s got loads going on. If that’s an option.

Looks like there are some interesting tours of the old walled city, so that should be fun, maybe a day trip to the countryside outside the city too

Manila is a complete assault on the senses, not least because it’s so big. I had probably the wildest night of my life there. More than any other city I’ve been to it has a feeling of ‘how on earth can anyone run this place in any kind of meangful sense?’

I found it really welcoming for the most part and never felt unsafe at any point, but it does have a really seedy side you have to be careful with. For example, Mall of Asia is the world’s third biggest shopping mall but we walked into this large food court area in it one evening and every table had a single, young female sitting patiently at it.

A day tour to Correigidor Island is absolutely fascinating if you’re interested in WWII/Pacific War history. It’s a long day (and we were all really hungover), but well worth it. Definitely one to consider. 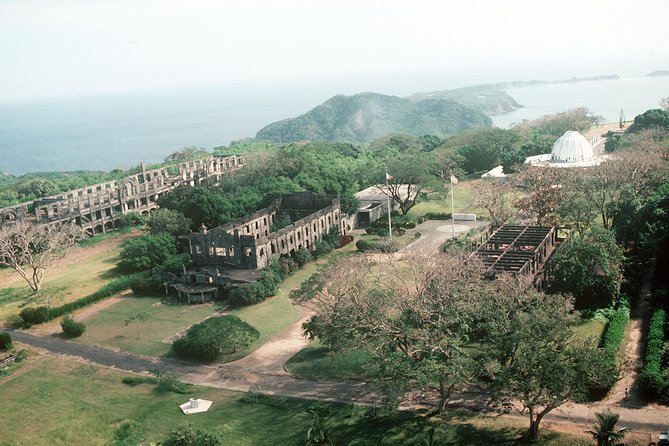 Learn all about the history of World War II, and the Philippines’ role in it, on this convenient full-day tour to Corregidor Island. Hop on a boat from Manila to travel out to the island. Receive a guided tour of the island, which is like an open-air...

I’ll see if I can remember anything else.