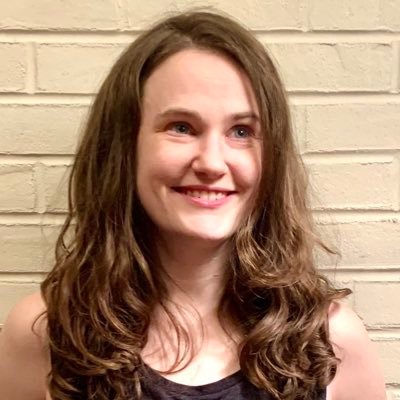 @itsPKav
what’s the dumbest thing that’s ever been mansplained to you? mine is one time I was driving and my husband let me know our home was “up ahead on the left.”

Really made me laugh. Had so many over the years, so very many.

Highlights include a customer in the pub telling me in GREAT DETAIL how to pour a pint to Guiness, with his reasoning being his great grandad was Irish. Sound, I’m descended from pirates but I’m not claiming to know how to sail a boat.

Men explaining to me why the band who’s T-shirt I’m wearing are good. I… I know? Obviously?

Oh and the stone cold classic of a man explaining why mansplaining doesn’t actually exist. Assumed he was doing a bit, but he wasn’t doing a bit. At all.

Kermit your avatar is some sort of animal eating an egg

I was driving and my husband let me know our home was “up ahead on the left.”

Obviously not the same but i absolutely adore the ‘talking to a friend or loved one like a taxi driver when you’re a passenger in their car’ bit. One of the best bits.

I’ve encountered a few instances where I’ve seen someone mansplain something, interrupt themselves to make a comment along the lines of “oh god, this is me mansplaining isn’t it” and then continue to do so anyway.

Oh yeah, when they start they can’t stop in my experience.
Or when you say “you’re mansplaining this a bit mate” and they say “yeah, but…”
I quite enjoy staring through them and slowly blinking as if I’m falling asleep hyacinth is one of my idols, can do no wrong IMO. I try to emulate her every day.

i absolutely adore the ‘talking to a friend or loved one like a taxi driver when you’re a passenger in their car’ bit.

“what time you on to tonight mate?“

Not the dumbest, but the most infuriating:

when chatting to a deeply obnoxious guy who had years earlier introduced me to the idea of Britpop, I said to him that I’d done my (first class) dissertation on Cool Britannia with particular focus on Britpop, and he tried to mansplain the basics of Britpop to me…

I remember explaining to a friend (who was a man tbf) that he’d need to turn the bread over on the grill. Yeah I think he knew that.

I had a mansplaining success the other day - was talking to my colleague about a touchscreen device our staff have to use and using it with gloves. He started explaining to me how touchscreens work and how some gloves have wire in them to conduct electricity and then interrupted himself with “I’m so sorry, I’m mansplaining, I’ve just remembered you’ve got a physics degree”

Oh OH OH OH the one I’ve had the most is men coming up to me in bars and saying “that tattoo on your arm is a character from Futurama.”
HOLY SHIT PAUL IS IT?! I HAD NO IDEA

Which character is it?

Slurms McKenzie, but wearing a suit

His partying days are long behind him now