I just wanted to create a new one with a rubs title. Enjoy

Is it me or has Nicola Sturgeon done absolutely nothing wrong?

I don’t think she has. The news guy was practically jizzing himself on camera at the prospect of her being turfed out. Westminster and the press have got their angle and they won’t stop until she’s gone.

Salmond claiming there’s a plot against him from a woman leader who was investigating sexual assault just seems like the absolute worst kind of toxic patriarchy, proper old school shithousery.

Laura K absolutely tweeting and retweeting herself into a frenzy about this yesterday, very normal, very zen.

They’ve wanted something like this on her for so, so long and the fact it’s nothing doesn’t matter. Ticks in human form

Is it me or has Nicola Sturgeon done absolutely nothing wrong? 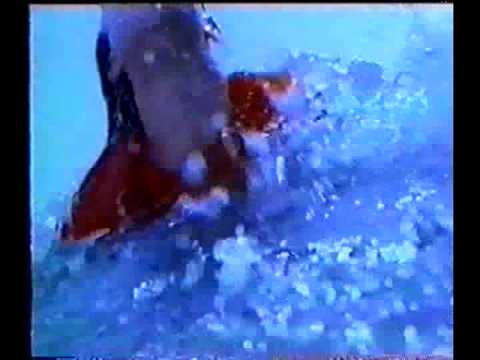 Find the degree that English people absolutely despise the SNP a bit weird. Remember the absolute hysteria at the idea Miliband might go into coalition with them

Conversely find the reverence they get with large sections of the English left deeply weird. They’re basically New Labour, but loads of people act like they’re proper social democrats and Scotland is some kind of socialist haven.

think it pertains to the above, there’s some on the left that realise the uk is a very dodgy concept at its core, so they give the snp a break

They’re basically New Labour, but loads of people act like they’re proper social democrats and Scotland is some kind of socialist haven.

As ever, you make a fair point about the… let’s say timidity of the SNP in many ways. Scotland is deep not, currently, a socialist haven. And probably wouldn’t be as an SNP-led dependent country. But without full financial control its a bit unfair to make any definitive call. And whilst rhetoric points in the direction of SD rather than, say, pandering to the libertarian kipper types, we’re hopefully headed in a better direction.

Which is not to deny that things could flip after independence and we could descend into a Tory hell. But seeing as we’ve already had half a century of that as part of the UK anyway…

I’m not sure this is the case to be honest. Correct me if I’m wrong, I have only been following it through Playbook, but it sounds like they were advised that the legal case against Salmond was not going to succeed and they pursued it anyway which ended up in a half a million pound payout to Salmond which taxpayers paid for, not to mention going against legal advice is a breach of ministerial code. It also sounds like Sturgeon has dubiously ‘forgotten’ a bunch of meetings and conversations which sounds very dodgy too. I’ve seen something about there being an estimated 30 breaches of ministerial code by her?

I don’t think whatabouting the situation by comparing it to the UK government is a good idea and completely dismissing it as nothing feels really odd. if she’s lied/deliberately misled then I would think it’s extremely hypocritical for DiS to be fine with that. I really disapprove of people’s claimed principles going out the window when it pertains to someone they like/approve of. No fucking way would this not be framed on DiS as ‘TORIES GOT A RAPIST HALF A MIL IN LEGAL FEES’ if it was the Scottish Tories ffs.

That said, I find it absolutely tedious to read about. I do think she’s an impressive leader (at least part of it is branding and opportunism), I would much prefer for everything to be in order so she can keep her job and see off the scourge of TERFery infecting the SNP, and much better than the UK government, but I’m not really going to buy any moral superiority off her if she’s found of serious wrongdoing and keeps her job (and everyone else involved does)

So, I don’t think I have and wouldn’t want to be whataboutering with the UK gov here and yeah if they def knew they’d lose that’s irresponsible. But surely the investigation did think they had a reasonable chance to win, and in fact it seems to me Sturgeon’s just wanted as full an investigation as they could get.

When it boils down to the pair of them just going you mislead parliament, no you mislead parliament, it just seems to be really personal which I guess helps nobody. But as far as there being 30 breaches of code (incidentally that doesn’t seem to be coming up at all in the holyrood inquiry atm so remains to be seen), that’s probably more objective so if it comes out then I’d change my mind about it, but I really dont think it’s just my personal bias here beyond supporting a party for investigating historical offenses.

Like if the case was unlawful mainly because a civil servant contacted the witnesses, that’s bad but it doesn’t actually exonerate salmond at all does it.
Actually really resent the idea it’s hypocritical.

if the case was unlawful mainly because a civil servant contacted the witnesses, that’s bad but it doesn’t actually exonerate salmond at all does it.

I dont think anyone in this thread has said it does?