Films are good aren’t they?

Seems like Jordan Peele’s new film has come round really quickly. Can’t wait to see that.

What They Had?
Serenity.
(Everybody Knows.)

Under the Silver Lake?
Us,
Dumbo,
Captain Marvel.

. Its going to suck isnt it? 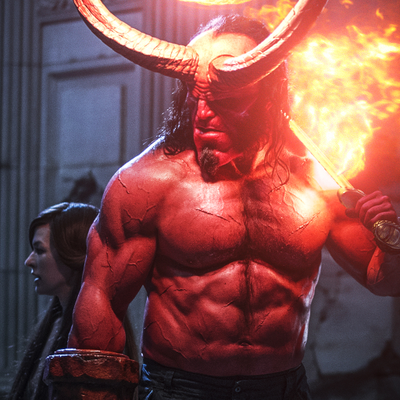 Beale Street in probably any other month of the last five or so. Burning though…

Would be surprised if burning doesn’t end up being my film of the year. (seem to be less hot on beale street than everyone else, I thought it was ‘good’)

Went to foxtrot in the end as Capernaum was a late showing. It was very good

Watched Amadeus for the first time today. On a pretty hot streak of home film watching at the moment. Absolutely fucking loved it. What a mad idea for a 3 hour film. Glad it won all the Oscars tbh.

Did you see the director’s cut? Must be the only PG rated film I’ve ever seen to have a topless woman and references to coprophilia

Haha yep. Apparently the director’s cut went from a PG to an R. Definitely glad I watched that version - added even more darkness to F Murray Abraham’s character.

Saw it as a kid in GCSE music class. The bit where Mozart’s gf brings his sheet music to Salieri and as he looks at each piece of paper, the tune he’s reading plays in his head and he almost collapses with the amazingness of it all… that’s a scene that has never left me and that i think of often.

saw Peterloo
guess it falls short of being a masterpiece as there are some weird bits that don’t quite land, i found it so compelling tho. everyone should watch it for the subject matter alone. don’t remember even learning about the Peterloo Massacre at school and it’s something everybody should know about

Would rather rewatch Cold Pursuit than Burning tbh