Nice although, given Nebula and Rocket are there, it feels a bit small fry to talk about protecting/avenging the Earth when Thanos thwacked the entire universe, no? Yeah with the exception of Silvestri’s Avengers theme thing which is almost just a quick motif, Marvel have really fucked up with this.

I actually lay the blame firmly at them putting the credits at the end (possibly the video says this). The credits are often really cool too. I’d probably say all the movies would be better with all the credits moved to the start and then I’d put a short black screen before each of those ‘mid-credits’ teasers. 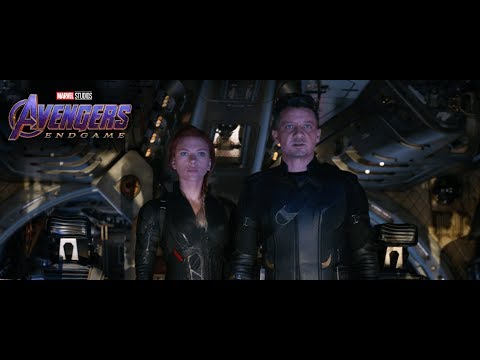 Fully agree with this, pending the following amends:

Now want to punch the shit out of everything

Started doing Kung fu haven’t I, at one point I made the trainer stumble and he jokingly went “ooh we got a superhero in training here!”

Right, The Avengers theme is the most memorable, but I try to recall it myself randomly (like right now) I can’t for the life of me. I’m sure the lack of credits hurts, that’s a good point. Some of the most memorable themes happen during the opening credits where there’s plenty of space to focus on them.

Star Wars is the most obvious example, but I can even remember some of the opening of The Shining, which is just kind of an ominous trombone bit. Hell, I don’t think I’ve seen an episode of the old X-Men cartoon for 15 years but I can recall that one instantly (though TV benefits from the repetition).

In the NEW Spiderman far from home there is an orchestra version of the old animation spiderman theme song. Pretty good.

Yeah! I think that’s smart. It’s kind of cheesy and fun but they make it more grand and suits what Marvel’s been doing.

Michael Giacchino put that in Homeland too, it’s right at the start.

@kris do feel like Toprak’s Captain Marvel is the first one that’s really doing a good job, but again she’s hampered by having no opening sequence to really hang her theme off. If you check the first track on the album though you’ll see what I mean I think. It’s an opening theme that has no credits to go with.

Black Panther has a great inventive score but aside from Kilmonger’s bit it doesn’t stick particularly.

I’ll try to dig it out on Spotify.

The issues raised in the video are still true for do much of this stuff though. They can be good to listen to but they don’t seem to hook in like say Zimmer’s Batman trilogy do.

And what’s weirder is Silvestri, Elfman etc have all written really memorable stuff of their own before…

5 stars in Empire, 5 stars in Graun. AV Club sniffy but they usually are. Just did a little search on Twitter to see if we need to wait around for mid / end credits scenes tonight and got something(s) semi spoiled. Smh.

Just assume you do TBH.

Also assume it will be disappointing and/or meaningless if you’re not a Marvel comics reader.