MAY the Association Football be with you ⚽ ⚽ ⚽ Goals & Polls

We almost certainly will rest players, Mcginn wont play as he is a booking away from suspension

Wow this ref. Like 3 major decisions in Spurs’ favour.

Not that kind of player

Probably get a 4 year extension tbh

Excellent season really. The way the Cup semi final panned out was a massive disappointment. Form against the bottom teams obviously a bit of a negative too, but looking at the bigger picture things couldn’t really have gone much better.

9/10 - again, only losing a mark for the wheels falling off at Wembley and the results against yer Brightons and Huddersfields.

Big fan of Joao Moutinho quietly and reliably getting on with it. Doesn’t ever stand out, but rarely puts a foot wrong. Can’t really look beyond Raúl though, aside from the goals he’s scored, his work rate is excellent. Doesn’t stop running all game.

Hard to say really, with everyone having generally done so well. Could probably do with another centre back maybe. Another right winger, can’t really fault Doherty, but Traore is shit as backup.

Although it ended how it did, the Cup semi final was a good day out. Beating United twice, along with the other results against the ‘big teams’ are other high points. Finishing 7th (probably) in our first season is obviously a highlight.

Like how Dier points to the direction of the ball, which is exactly the same direction it was going in

What are your thoughts on Traore?

Anyway, enough of that.

Who do we reckon is going to win the Royal Rumble at Molineux this afternoon? Hard to look beyond Willy Boly tbh.

He’s quick, he’s tricky, but ultimately he does fuck all with the ball. Really frustrating to watch.

Stupid from Spurs. Don’t wanna ever hear the suggestion we’re better without Kane again, we’d have been 3 up after half hour with some of those chances. Stupid from Son and we’ve probably ruined a great chance of sealing top 4. Pretty furious with the end of that half.

Pawson has bottled it. They should be down to 9.
Remember the Name Mark Traver…Travers? What’s his name again? 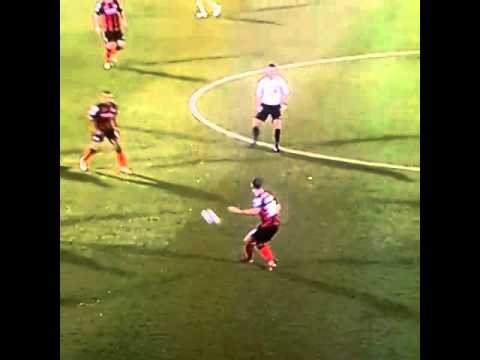 Probably down to 10 and should be Dier. Son’s reacted but you see that every game and it’s a yellow, it’s just cos Lerma goes down holding his face/Pawson maybe feeling he needs to even it up imo

Simon Francis is quite a good pundit tbf