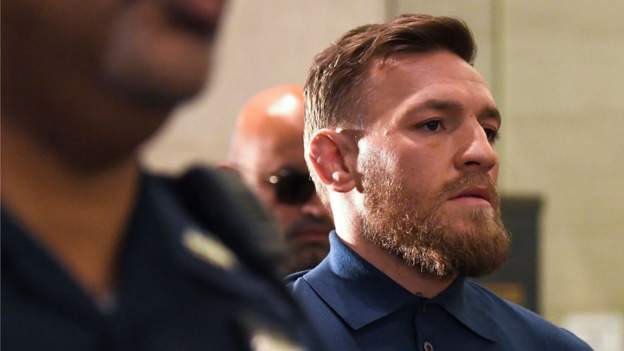 Mixed martial arts fighter Conor McGregor is released on bail after being charged with assault and criminal mischief.

3 fights off UFC223 now including the main event. 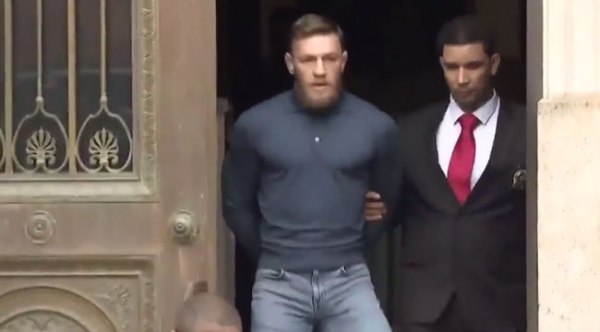 Take a look at Conor McGregor’s mugshot following his arrest and arraignment in New York for attacking a bus full of UFC 223 fighters.

Take a look at Conor McGregor’s mugshot following his arrest and arraignment in New York for attacking a bus full of UFC 223 fighters.

this has done me a bit.

misread as ‘attacked a bus of 223 fighters’.

i reckon this was all a stunt to hype up him v khabib, either that or he was just fulla coke

also entirely possible, didn’t he crack someone in a dublin boozer a few months back too?

He’s such a fucking tedious bellend.

Al Laquinta is now fighting Khabib in the main event after Max Holloway is now also deemed unfit to fight, don’t really know much about Laquinta but it seems like a lot of hardcore fans really rate him and believe he could potentially cause an upset.

Shame, I was hoping it would be competitive at least. I’m surprised Holloway had trouble cutting weight considering he usually fights at featherweight, guess its probably the one week notice.

What sort of chance has this Darren Till lad got?

There should just be a flat rule that people can’t fight if they’re, say, 5% over weight, surely?

Thought Till maybe edged it, but not really sure what i’m watching to be fair.

Bisping’s accent cracks me up.

He slips into some sort of weird L.A telly accent now and again and then remembers he’s from LANCASHIRE.