I remember, in a previous job, a 20 minute debate between several members of staff regarding the correct way to use a bike rack.

pretty sure we could get a 100 replyer out of that

just had a meeting about other meetings, and my suggestion that we should all just come together every quarter to ‘jazz it’ for an hour on updates from each department didn’t go down too well. (was leaning back in my chair with arms splayed across two other chairs whilst coming out with this). 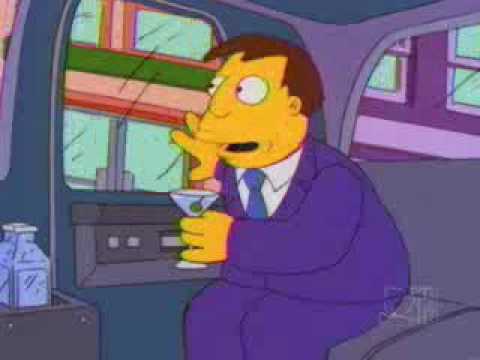 Seriously though, there’s not much worse in a working week than a poorly-chaired meeting. Sitting there, waiting for the chair to tell two bickering coworkers to shut the fuck up.

An email came round saying there are chocolates in the kitchen. Nipped out to get a tea and a mini Twix. Don’t think anybody noticed.

Ive eaten my twix and my kit kat chunky

Actually this has reminded me of the meeting I was in where a specific person was asked for something over the phone and didn’t reply. They tried again every so often for about twenty minutes, then when he finally replied he said “sorry, I’d just popped to the loo”, inadvertently disclosing that he’d been off doing a twenty minute poo.

And THIS has reminded me about the time I participated in a conference call while on the toilet with awful bumwee because Germany poison me with cheese every time I’m there.

Someone commented that I “sounded a bit echoey”.

Last Skype meeting I had, most people’s webcams were ‘broken’, mine included. One of the people who was on webcam was the dickhead who insisted on having the meeting (we all had to stay late on a Friday for it) . He was working from home and was wearing a gym vest while basically lying sprawled out on his sofa with his iPad up as a ‘whiteboard’. My boss had a right go at him, told him he was a slob and that he’d better not have his cock out and ordered him to put a proper shirt on, which he did. It was like a school boy getting told off.

I was never involved in phone call meetings in my old job but would be in the room whilst one was going on and I always found it funny when everyone had to say their name out loud before the meeting.

Once sat through an hour phone conference meeting as a representative of our department, everyone else wittering on about stuff I had no idea about. Blip in the VPN halfway through but I stayed connected. They came to me and asked about issue xyz, I started speaking then they started saying “hello? Hello? Oops looks like we’ve lost him” and they moved on as they had lost my audio.

My wife told me a story about a committee meeting at the Glasgow African Community Centre which was scheduled to last two hours.

After an hour and three quarters of quite difficult negotiations between different communities, a woman arrived and insisted they go through the agenda again for her benefit, which she insisted on peppering with questions and observations. The meeting lasted five hours in the end.

Currently in minute 16 of people griping about their various IT issues.

Somebody has now sat in front of the camera in the meeting room. I can hear some thick cunt who hasn’t muted themselves breathing.

Meeting was scheduled to start 23 minutes ago. Still not started.

I’ve got two 90 minute meetings back to back from 8am tomorrow morning.

The real sweetener? I’m minuting both of them

I have 4 different conference calls on Fridays.

It’s started, but the connection’s so poor it sounds like Kanye in his autotune abusing days.