alright listening again cos why not.

insane how every single intro to every track on this album absolutely rips. take no prisoners might take the cake (excluding the opener cos it cant be topped)

I listened to So Far… today on the drive home. Couldn’t believe there was a Sex Pistols cover, and jammed in so early in the tracklist. Highlights were Mary Jane and Hook in Mouth. Quite a lot of the album is really plodding. Will scrape for my playlist and then probably shelf it

Yessss! Megadeth were my boys as a 15 year old quiet-ish dweebo. Always been more of a Peace Sells head but have a lot of love for Rust.
Great thread.

Anthrax and Metallica have always been my go-to thrash bands – Anthrax in particular – and as a result I’ve never really listened to much Megadeth apart from Countdown and Youthanasia. Had this on twice today and whilst it’s pretty great it doesn’t give me quite the same feeling that Anthrax do. It’s obviously a lot more intricate than anything Anthrax have ever done and perhaps that’s it – it’s more cerebral. I listened to Persistence of Time immediately afterwards and the difference is quite stark I think. Both albums were released around the same time so it’s a pretty good comparison. Persistence has a “grinding” quality to it that I really love which comes from simpler riffs and composition. The gutiar tone is also pretty nasty throughout. Thanks to @theShipment for this thread though, and @TVDenimChap. I’ve really enjoyed Rust In Peace and will no doubt listen to it again. Nice to be able to talk about metal/thrash on here after that Metallica thread!

good that we got a couple of converts out of this. we’ll get the rest of them yet, or die trying

Whenever i go away and get this suitcase down i sing this to the tune of five magics, can never forget

Holy Wars - That riff just stirs something up in me and makes me hate that I was a 90s wiener kid instead of an 80s metal kid who walked around school shirtless like Dave in the music video. Could be imagining it but I think I’m hearing what he brought to Metallica. That mid-section has a similar night skiing feel that Fade to Black and other melodic Metallica passages have. Few things are better than a well done multi-segmented metal song. The faces he makes while singing are preposterous.

Hangar 18 - There’s a great steady, ascending chug to the first half of this, love the twist too where they suddenly become a bizarro good metal version of Aerosmith. Those solos are great. The music video is absolutely insane and I love it.

Take No Prisoners - Sounds like they’re kicking up a whole lot of dirt at a carnival here, imagining a fight spilling out next to The Scrambler as the band plays. My wife just accused me of listening to bad boy music.

Poison Was the Cure - Oh good, that’s a fake out intro, they’re back at the carnival and people are fist fighting on Tilt a Whirl and getting tossed around. Great riff and/or perpetual solo, there’s a real lift to it.

Lucretia - Good spiraling riff. Really like those crunching bits around the 1 and 2 minute marks. Guitar solo brings a nice melodic twist in the second half, really like how it has a second part over the original progression.

Tornado of Souls - Seems like this could be a good grower too. The last minute seems especially good with that spiraling riff.

Dawn Patrol - Not my favorite vocal style but it works as a transition setting up the finale.

Rust in Peace…Polaris - That intro really sounds like System of a Down, doesn’t it? That voice for the stomping bit is a bit silly, but you know what, it all works, it’s got personality and adds a sense of drama. Really like the “I spread disease like a dog” section and that spiraling riff that shoots out of it. Great surprise second half too. Again, multi-segmented metal songs.

So yeah, good thread, I’m officially in. No idea why I’d never listened to them before.

the poll needs your vote taf

That mid-section has a similar night skiing feel

Love how you write about music sometimes man

the poll needs your vote taf

Going to wait until the weekend if that’s ok to fully process it. Holy Wars is of course a lock.

Love how you write about music sometimes man

Thank you, I hate everything I say so you’ve granted me ten minutes of peace.

Going to wait until the weekend if that’s ok to fully process it.

theres no date on the poll so vote as you see fit. interested to see where you land for the other two

Thank you, I hate everything I say so you’ve granted me ten minutes of peace.

@MonstersOfRock
On this day in 1990, @Megadeth release Rust In Peace. https://t.co/BrNnprhx9x 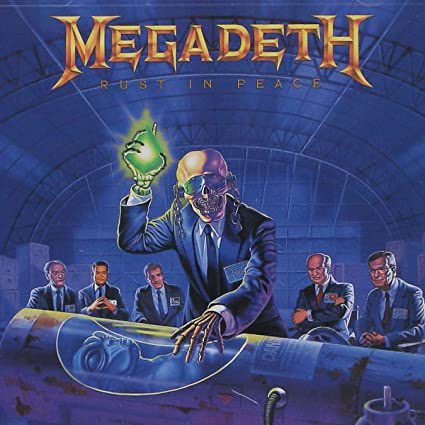 hbd rust in peace i love you

But, it’s no Reign In Blood.

Call an album “#RIPBozo Rust in piss you won’t be missed”, then I might listen it.

If I may digress from Rust In Peace for a moment, I reckon the last minute of this is actually the best thing they’ve ever done 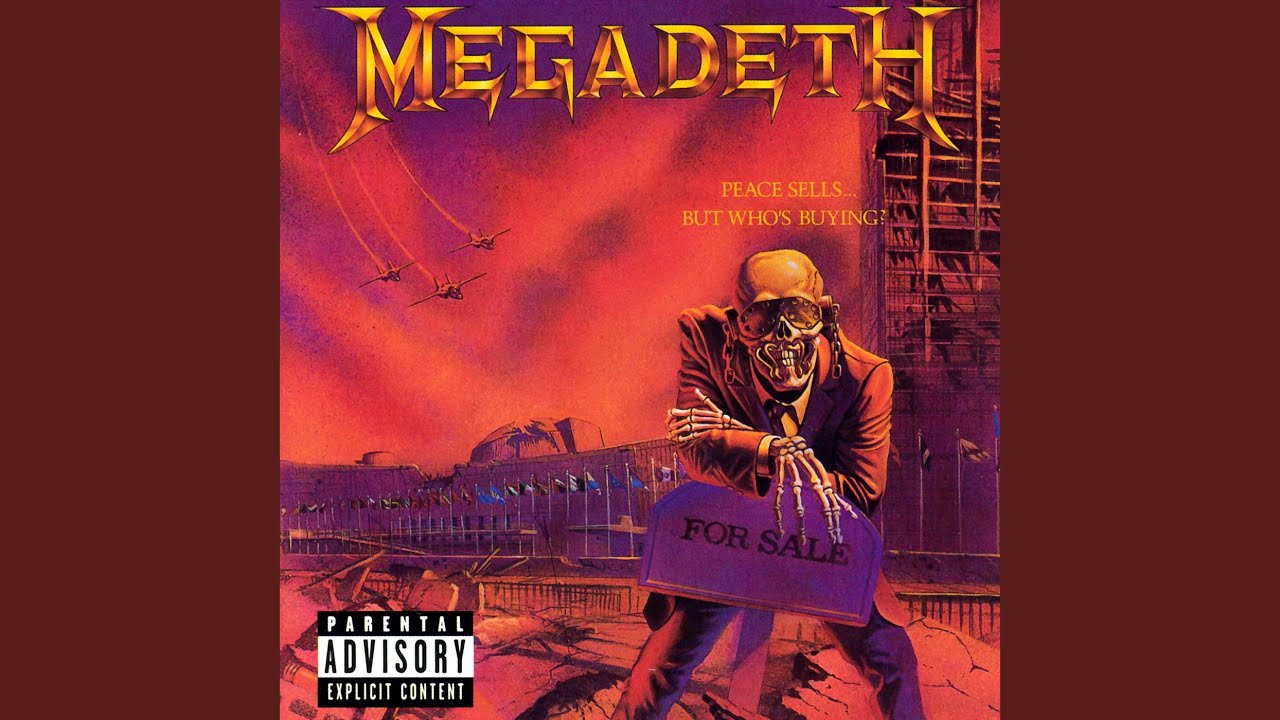 I think I’m further away from confidently voting after today’s listen than I’ve been all week, it could really go to almost any 3. I don’t even know if Holy Wars is going to make it anymore.

Think I’m already able to put it at my number 2 album of 1990 though, behind only The Afghan Whigs’ Up In It which I’ve been listening to for 20 years.