Anyone else not realize how much of a dick Buzz Osbourne was?

Today I became aware that King Buzzo did an interview with Piss Boy founder Gavin McInnes. In this interview he complains about "liberal weirdo lesbians," "racial diversity in films," and explains that all socialists are the real Nazis (something he's asserted before.) https://t.co/pwhprApw86 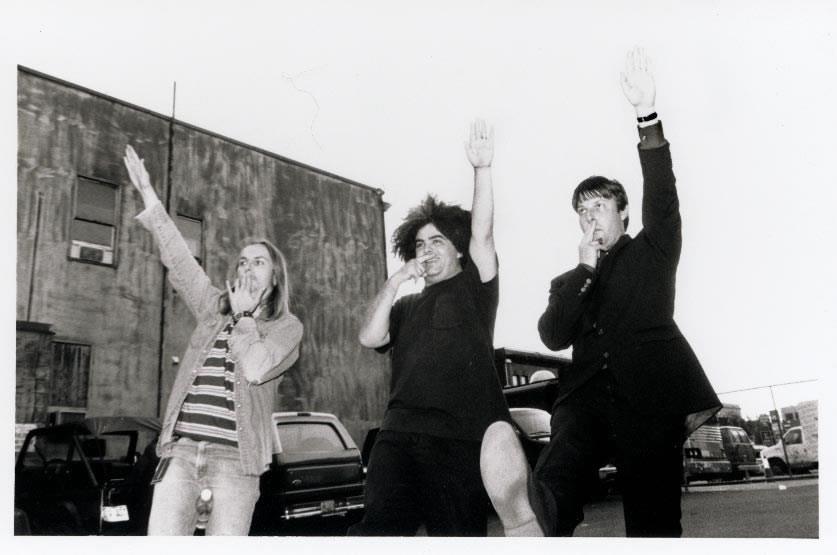 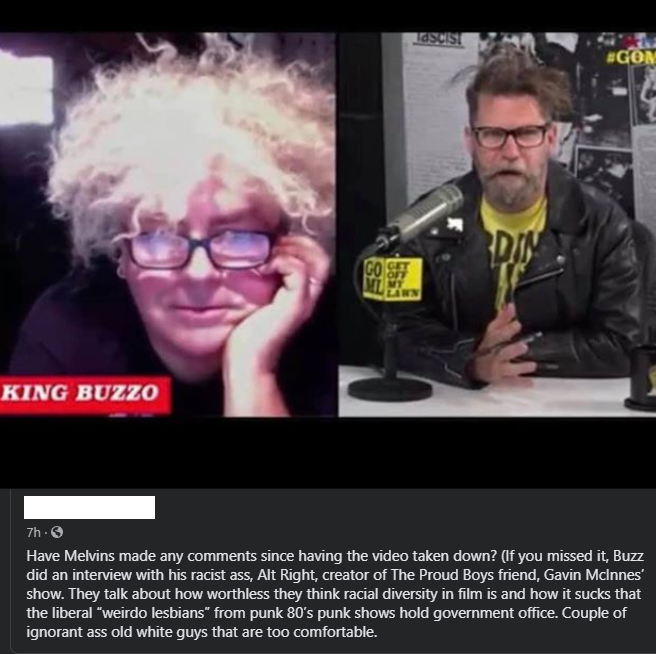 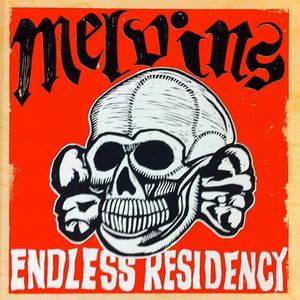 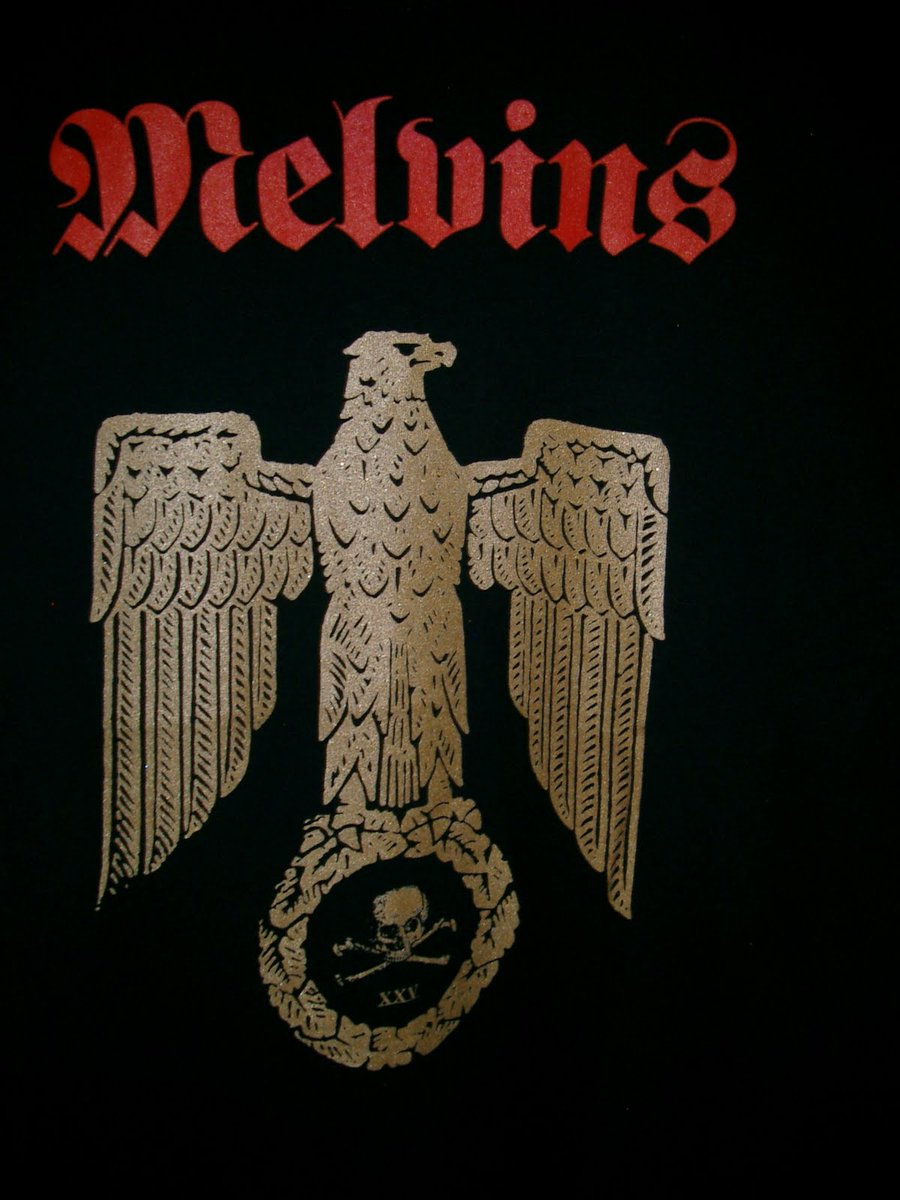 Never heard of this band other than Alexa plays their version of “99 bottles of beer” when my 4 year old asks it to play that song. Seeing your post, I resent that they would have received any minor fractions of streaming royalties for that.

I knew he was a libertarian edgelordy type

Well that fucking sucks. I love Melvins music. Also thoroughly enjoyed it when he turned up in the game Sunset Overdrive.

I’m terrible and it won’t stop me listening to their music, but he’s not in my book of ‘good eggs’.

Yeah the only stuff I’d really seen was that kind of Jim Rose freak show style 90s edginess. Not the palling up with the real alt right.

Hard disagree, the two drummer stuff with Big Business was

King Buzzo is no stranger to being so adjacent to the far right. The Melvins have frequently used Nazi imagery as a "joke" or "means to shock." It seems to me that Buzzo is the one actually confused about his history not Woody Guthrie. https://t.co/RkkRBLQ0AM 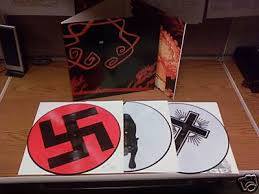 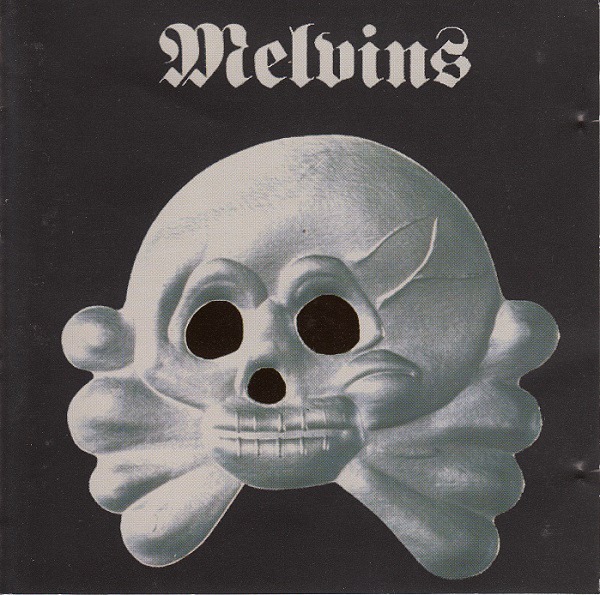 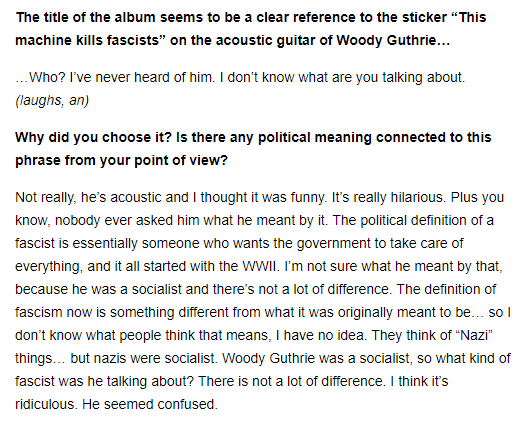 Argh, big fan of their music and in all the interviews I’ve seen where he talks about music and other bands it’s really engaging and someone who really comes across as a lover of all sorts of music with brilliant taste.

Never knew anything of their political affiliations before, or even the edgelord type stuff. Fuck sake.

Pleasing crossover with the social media thread today though

Everybody Loves Sausages is an album of cover songs by the Melvins, released on April 30, 2013. In similar fashion to The Crybaby it features guests on most of the tracks and even features the Melvins Lite on three tracks. Three of the tracks had been previously released in splits. Black Betty previously appeared on a split 7" with the Jon Spencer Blues Explosion covering the same track. Female Trouble and Carpe Diem are featured on a split 12" with Redd Kross. A nine-part 7" Tribute series wa...

Not exactly the thread for it but their album with Jello Biafra (2004?) is amazing.

Biafra could be accused of being ‘edgy’ himself but his is a more sophisticated approach in advocating for social causes rather than saying ignorant offensive shit.

Oh, Buzzo. Always a bit of an edgelord but he seemed mostly harmless with it. I’d hoped he was content to spend his days playing golf and releasing riffs of varyiable quality for the foreseeable but of course this is 2020 and every jackass with a terrible opinion absolutely has to show you their arse sooner or later.

Gah! None of ‘em are very right on really are they?

Disagree. Melvins have done some v good albums in that time.

And all this time I thought the edginess was tongue-in-cheek/for shock value. Sad.

I’m hoping that I don’t end up reading a tweet like this about Steve Albini any time soon, always hoped/assumed his was the same kinda deal, not sincere at all.

Steve Albini Analyzes His Career From a Feminist Perspective

"I have tried to cultivate an enlightened perspective, and I try to be an ally to women both in my life and in music."