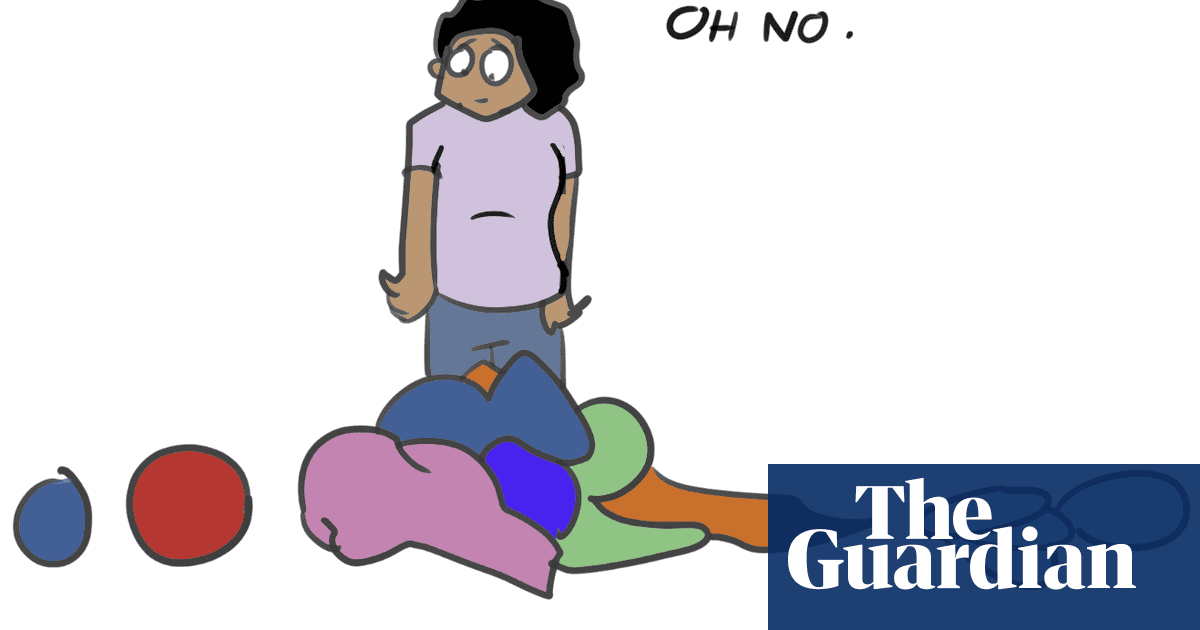 The gender wars of household chores: a feminist comic

French comic artist Emma introduces the concept of the mental load. When a man expects his partner to ask him to do things, he is viewing her as the manager of their household chores

What percentage of housework etc do you think you do compared to other adults in your household? Do you need to be asked/need to ask them to do things?

My partner expects to be asked if I want him to do stuff, which drives me nuts if I’m honest.

I do absolutely everything in terms of household chores. Every single one of em.

and i live by myself

Neither of us do a great deal really but I intend on doing more and making the place look a bit nicer.

I do the bins every week which I feel very pleased with myself for.

Partner does the considerable majority when it comes to cooking, because she loves it and says it helps her brain out a lot. Also she’s incredible at it and everything is delicious so we all win. Maybe 60-40 split with everything else with me doing slightly more.

Have a thing where the second she’s doing any sort of household thing and I am not I am filled with guilt, even if I’d done loads while she was out or something

My partner expects to be asked if I want him to do stuff, which drives me nuts if I’m honest.

Actually had a really good conversation with 'er indoors recently about how she felt that she takes on a disproportionate amount of the mental load for house stuff, and it turns out she assumed that if I’m not talking about something then I’m not thinking about it, because she’s not like that at all.

But I think she does take on more mental load than me, because she likes to think of everything to a schedule whereas I do things more ad hoc.

I reckon if you asked each of us who does the most housework they’d say themselves. Normally this would mean that the man is doing next to nothing, but I think it would be defensible.

Frankly I think I’m being mugged off, if anything

Did around 60% pre-Covid just because I got home from work before she did, think it’s probably swung the other way now that I’m office based again and she’s still WFH.

I used to be in this situation so I just… stopped doing them to prove a point.

She didn’t even notice.

I live alone, so all of it, but was used to sharing chores equally in my old flat (1 other boy and 1 girl but we more or less looked after our own bits)
Can’t really imagine expecting another human being to clean up after me, but remember my Dad doing less than 5% of the housework so think it was maybe generational, like they were used to their Mum doing everything then their wife. Would think if you add kids and work into the mix a fair split is even more important.

Used to do all the housework when I lived in a flatshare because otherwise it just wouldn’t get done. If I stopped doing it to make a point it still wouldn’t get done and there’d probably be fur growing on all of the plates. Some people’s thresholds for being gross are truly astonishing.

In all honesty, I definitely carry residual gendered guilt about this so I literally will never complain about what is, a complete imbalance that would be absurd if the roles were reversed.

This is my life and the more i moan about it the less affect it has to be honest.

he does:
Putting out bins
Mowing lawn
Car stuff
Stacking washer after dinner (not any other meal)

It comes from me being at home with the kids when they were little when it made sense for me to do stuff and I could fit it around them. However now I work longer hours than him with double the commute, but nothing has changed.
It’s exhausting.

There used to be straw on our floors if I didn’t sort it out. Straw. Like we lived in a stable.

I had exactly the same. Didn’t clean for like 6 months to see how long it would take for him to realise that everything was disgusting and do something about it (this was while I was only here at weekends so not living in filth full time). The answer was, more than 6 months.

sounds like men are getting away with an awful lot by taking the ‘putting out the bins’ chore, it takes maybe 15 seconds

right now about 40/60 on cooking and cleaning. used to be a solid 50/50 or more of than than not me doing slightly more, but then corona hit, her work slowed down to a halt and i took on extra work to cover the shortfall, so she reciprocated by taking on more at home. any second now she can start up full work again, and when that happens i can drop the side hustles and we can resume.

i think a lot of couples my age and younger are way better at keeping things equal BUT that’s obv from my very limited social circle. certainly my mum did everything for my dad, to the point of madness, and it’s odd to me to think that’s going on with say 30-something-old people these days

that’s still less than a minute, even if it’s everyday, which it won’t be will it