Champs League MATCHDAY ONE tonight, including (but not limited to):

The wolf vs United

Blind tribal loyalty means that I shall watch Qarabag tonight, but that Celtic/PSG mash up looks like it could go to maybe 45 minutes before we get to the ‘stop hitting him, he’s dead’ phase.

I’m confident that plucky underdogs PSG can hold out slightly longer than that.

My housemate is a Celtic fan and as Chelsea weren’t in Europe last year tonight is the first time we have to FIGHT to use the TV. Think I might cede defeat early as actually quite excited to watch that PSG team.

Unreasonably excited about a Tuesday evening clash with Basel

gonna listen to this on repeat all day (and then pull on my Man City shirt and boo it): 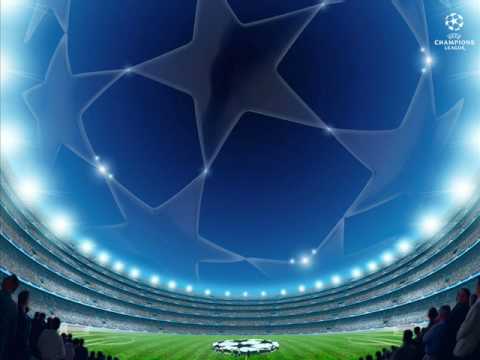 and then pull on my Man City shirt and boo it

I fucking knew it!

Going to Charlton tonight. Not been there for years, always liked that place. #UpTheTics

Away to bugduv’s spirit animal Preston North End. Should be a relatively easy win. SHOULD BE.

Did anyone listen to this week’s Football Weekly? Ronay properly laid into Richardson, don’t know how much of it was in jest but was pretty funny (and more than a little bit awkward too)

Beyond the bantz there seems to be a lot of genuine bad blood over it. Which isn’t surprising, given Jimbo pushed off with apparently very little notice to… set up an almost identical podcast.

I don’t really like the new one at all, it’s definitely last in priority in the old podcast feed list. Can’t explain why

Looking forward to hearing this on my commute later.

Apart from the music and the name are definitely both shit

there seems to be a lot of genuine bad blood over it. Which isn’t surprising, given Jimbo pushed off with apparently very little notice

Yeah, it’s definitely bothering them if it’s still being mentioned a month afterwards. Although I got the impression they never particularly got on anyway. At some point it will probably start seeming petty, but I still had a big lol this week.

I can’t quite click with the new one either. Just feels similar but inferior, and the guests haven’t really been up great - they’ve got Honigstein seemingly, but I can’t say I’m gutted by the absence of Horncastle or McIntosh. Like that Wilson’s become more regular this season on FW, and Ronay was great fun yesterday.

Hey guys, mates, chaps, lads, blokes, mane’s too tight to mention. I’m standing at work watching the weather forecast, tonight looks like a stinker. I was meant to be cycling tonight, last off-road training session before the season starts on Sunday but I forgot to bring my bibshorts with me, I’ve got everything else. What a melon! What am I like eh? So I’m going to the Charlton game after all. It got me thinking about which Premier League footballer probably forgot his shin pads at the weekend and had to buy some from the club shop lol! You all know who it probably was don’t you?!