Misc. sports thread (covering NHL, MLB, anything else anyone wants to talk about)

I always thought when people went on about the ‘Mayo curse’ and all that that it was just a boring figure of speech. Seemingly not

I went to the Irish bit of my granny’s funeral, and afterwards we went the pub, including the priest

I have never heard anyone use as much bad language (very loudly, in a pub with lots of kids) as he did when shouting at the Mayo vs Dublin final

The Cleveland Baseball team are dropping the Indians nickname (about time)

One of the new names mooted is the Cleveland Spiders which was a baseball team there in the 19th century. Their roster is a thing of beauty

That’s fantastic, some absolute dugnutts there and not a bad name in the bunch. Can’t fail at sport if your name is Sport but I think Louis Sockalexis is a dark horse for best name there.

This isn’t self-important or anything…

“The weight of history in your hands is heavy.” Tom Verducci takes you through his @baseballhall ballot… and the honor and responsibility that comes with it. https://t.co/U6bnUfDiiE
stupidsexyflanders 30 July 2021 10:05 #106

The Cubs are selling off the core of perhaps the greatest team they ever had. Absolutely gutted

Of course Rizzo hits a home run wearing Chicago gloves and Cleats in his first match.

Him Bryant and Baez gone in the space of 48 hours

@BCB_Sara
There is only one active MLB field where Jackie Robinson played baseball. In 1972 Mike Royko wrote about the day Robinson played his first game at Wrigley Field. It is a poignant piece of baseball writing. Take a moment to read it today. press.uchicago.edu/Misc/Chicago/7… https://t.co/06jyCaR2H5 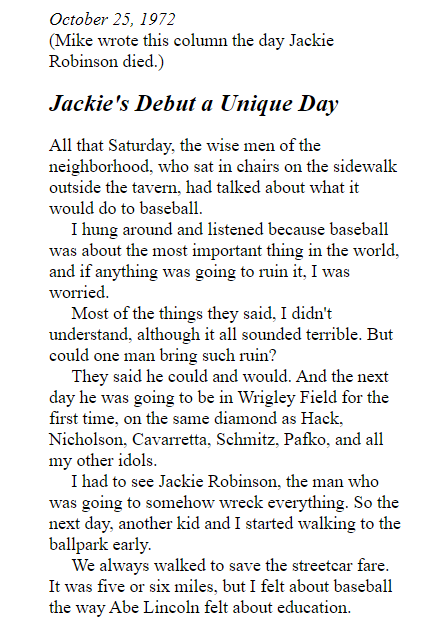 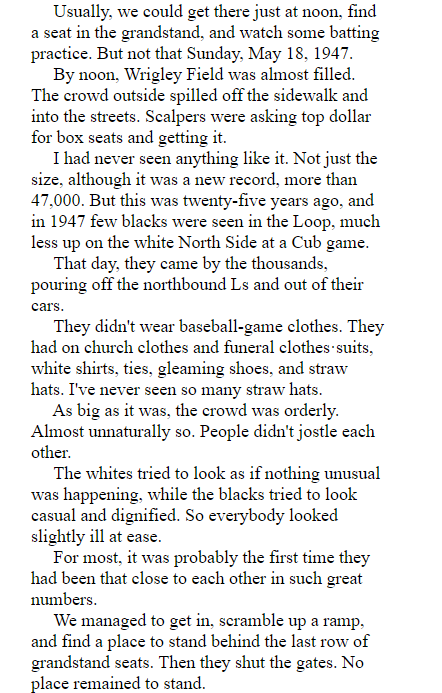 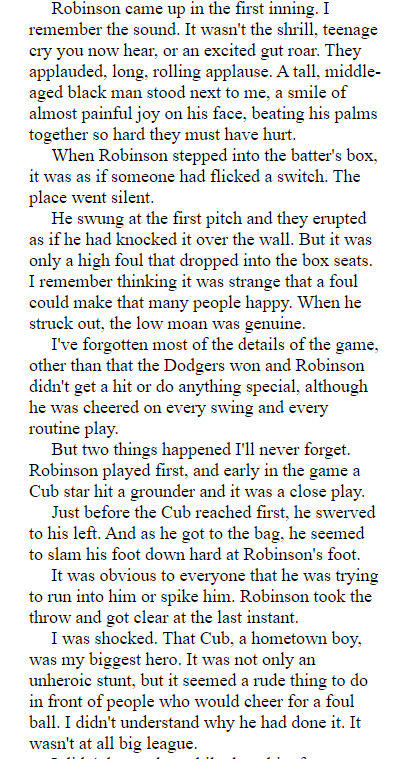 Thanks for sharing! My son learnt about him at school this week.

I’m going to watch Mariners tonight and it’s Ken Griffey Jr (wearing 42 instead of 24) bobble head giveaway. I’m getting there super early to snag one for my son.

MLB on the BBC! Judge going for 61! Love baseball as a bit of background watching so I’m happy about this. 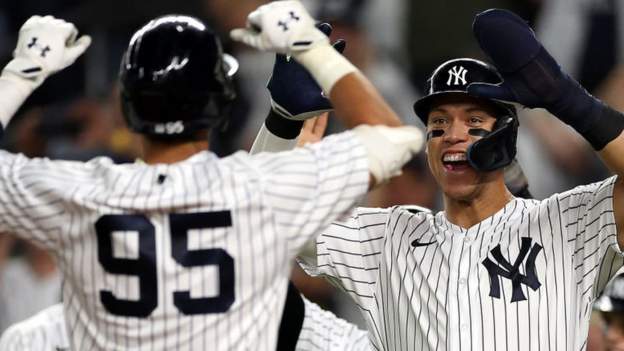 That’s great, I’m watching tonight’s in Apple TV ( the baseball on Friday night is free without a subscription) so looking forward to some at a more sensible time