Halfway through watching this for the second time and it’s pretty good isn’t it. Slightly hit and miss in places but then most things are over 11 seasons, still plenty of decent stuff. Don’t see it talked about much so here’s a thread.

Kris Marshall was good in it

Yeah there’s an episode where they’re in Vegas going between different hotel rooms which is genuinely brilliant for this high-farce type thing.

Early seasons are v enjoyable, about as good as a mainstream family comedy can get

Love whatshisface, the dad. The side plot with him and Sam the Eagle in Muppets Most Wanted is glorious

loved it back in the day

Thought we were buds ‘Jeremy Hunt will do a good job actually’

Wrong programme! What a mistake-a to Wanamaker!

Phil easily the best thing about the show. Obviously it was too successful to stop but really should have ended after S5 when Mitch and Cam got married (also after that point Luke and Manny went from sweet kids to annoying teenagers)

Watched a lot with TV during the sleepless days & nights of early parenthood. Not sure exactly when, but there was a point between two seasons (either s5-s6 or s7-s8) where I suddenly stopped enjoying it. It just suddenly felt different, like there were new writers who didn’t quite understand the rhythm of the characters. The good bits are really quite great though - far better than an accessible American family comedy had any right to be.

We’re halfway through S7 now and I think that’s it. They seem to lose any idea of how to handle the transition of the younger characters to becoming older. Like kiyone said, Manny & Luke are the two most obvious examples. And they kind of run out of ideas for Mitchell and Cam too. Still some gold in there though.

Didn’t help that they couldn’t bear to write out Haley/Alex/Luke as they got to university age so they had to come up with increasingly strained ways to keep them in every episode (Haley gets thrown out of uni and just drifts about aimlessly thereafter, Alex goes to a uni not far away so she can keep appearing, Luke is made very stupid so he keeps failing to get in in the final few seasons).

This is the funniest scene in the show: 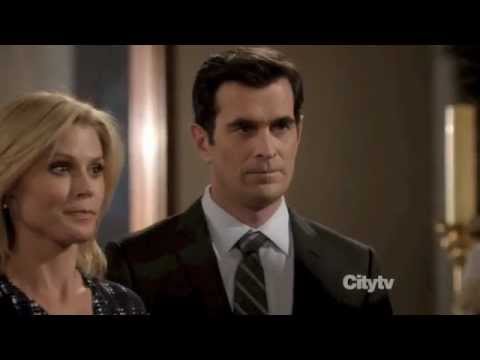 Quite glad I never bothered watching then

Think it suffers from the thing nearly all modern sitcoms seem to have (US Office, Parks & Rec, Superstore, Schitts Creek for examples) that writers haven’t quite figured out how to work social media and new technology into comedy properly yet. One of the best easy-watching TV shows of all time, I reckon