Talking of fake or not campaigns what’s the deal with that Maggie’s Mates video going round? It looks suitably 80’s enough but can it be real?

Sure. Odd things happen all the time. Don’t think you can rule out a Rees-Mogg led Government but at the same time at time of writing there is absolutely no data you can read across from ‘how 18-24 year olds voted’ at the General Election which indicates any potential support from them for who and what Rees-Mogg is.

no way this is real

Not sure old Liz or Charlie want a PAPIST at no.10 though eh?

That’s what I think but I’d love it to be.

It does look more authentically 80’s than most 80’s throwback shows.

Sure. I haven’t followed Rees-Mogg that much because I consider him odious but Boris was able to pull off a trick where he appeals as a modern liberal Tory and an old school plummy Tory at the same time. Doesn’t seem to be anything indicating that Rees-Mogg can pull off the former in any shape or form - his ‘thing’ is basically that he’s basically an old Tory with Victorian values in the 21st Century ain’t it?

In any case the lad might one day get the top job. Anything can happen these days. But my point specifically is about Tories looking at Rees-Mogg and going “oooh he can appeal to those youngsters!” and completely missing the point.

It’s not just that one - the VicTORY and OurConViction twitter accounts are just as weird.

The Tories are basically following a Batman villain origin story with this one. No one cared who I was until…Activate I guess?

Boris appealed to liberal Tories within the party but also apolitical voters outside of it, especially young ones, because he was a LEGERND!

JRM could very easily appeal to the latter. It would take a few complementary columns from Jeremy Clarkson and media appearances, and he’d have the home counties LADS voting for him.

Is Boris even that popular with the party? He plays well in the sticks cos of that time he said buffoon on Have I got News for You but isn’t be quite divisive in the party?

And as an aside it really annoys me when tories go on about Victorian values. Whatever there faults (and of course there were many) there was a massive theme of philanthropy and social betterment for the average person. Look at when parks, libraries, museums, town halls, hospitals, social housing was built in your average town, and that’s the stuff the tories want to take apart.

but also apolitical voters outside of it, especially young ones,

Thing is both the EU Referendum and subsequently the 2017 GE brought this demographic of voters more into the electorate. Therefore Rees-Mogg’s got fewer apolitical voters to ‘add’ to the tent, for want to a better phrase, in the way Boris was able to, to counter the growing caucus Jeremy Corbyn has attracted.

We’ll see mind. I’m not ruling anything out re: Mogg. Think it’s more obvious to me that if you’re a Tory and you’re troubled by Labour’s present incarnation getting 40% of the vote then the answer lies more in a David Cameron type figure than a Jacob Rees-Mogg one. Problem is, the former isn’t really available.

He actually really interests me. I’m going to fess up here, Before I knew who he was I saw him in a brexit commentary show and he said something that made me think, ‘ooh, who’s that, I think I like him!’ Let me just tell you what he said…

The host was talking about the EU punishing us for leaving and he said something like why would we want to be part of an institution that thinks like that, that thinks it’s right be punitive instead of collaborative for a country making this choice and within the context of the conversation I honestly thought, that’s a fair point. I just like the way he said it.

Look at when parks, libraries, museums, town halls, hospitals, social housing was built in your average town, and that’s the stuff the tories want to take apart.

And this is why general taxation came about as a means of paying for it, rather than relying on the whims of individual wealthy benefactors to pay for it. No greater document of the failings of this system than a Dickens novel.

isn’t be quite divisive in the party?

He is, but before he destroyed his public reputation last year he was tolerated by those against him due to his general popularity amongst the electorate.

why would we want to be part of an institution that thinks like that, that thinks it’s right be punitive instead of collaborative for a country making this choice

Because every word of that is disingenuous bollocks.

But the EU isn’t punishing us for leaving. They’re finalising debts and commitments, so he’s wrong on that. The EU is collaborative and gave us loads of concessions. Reese-Mogg and his ilk just want the UK to be a tax haven/low regulation country. Like when he said our building and environment standards could be the same as in India after Brexit. 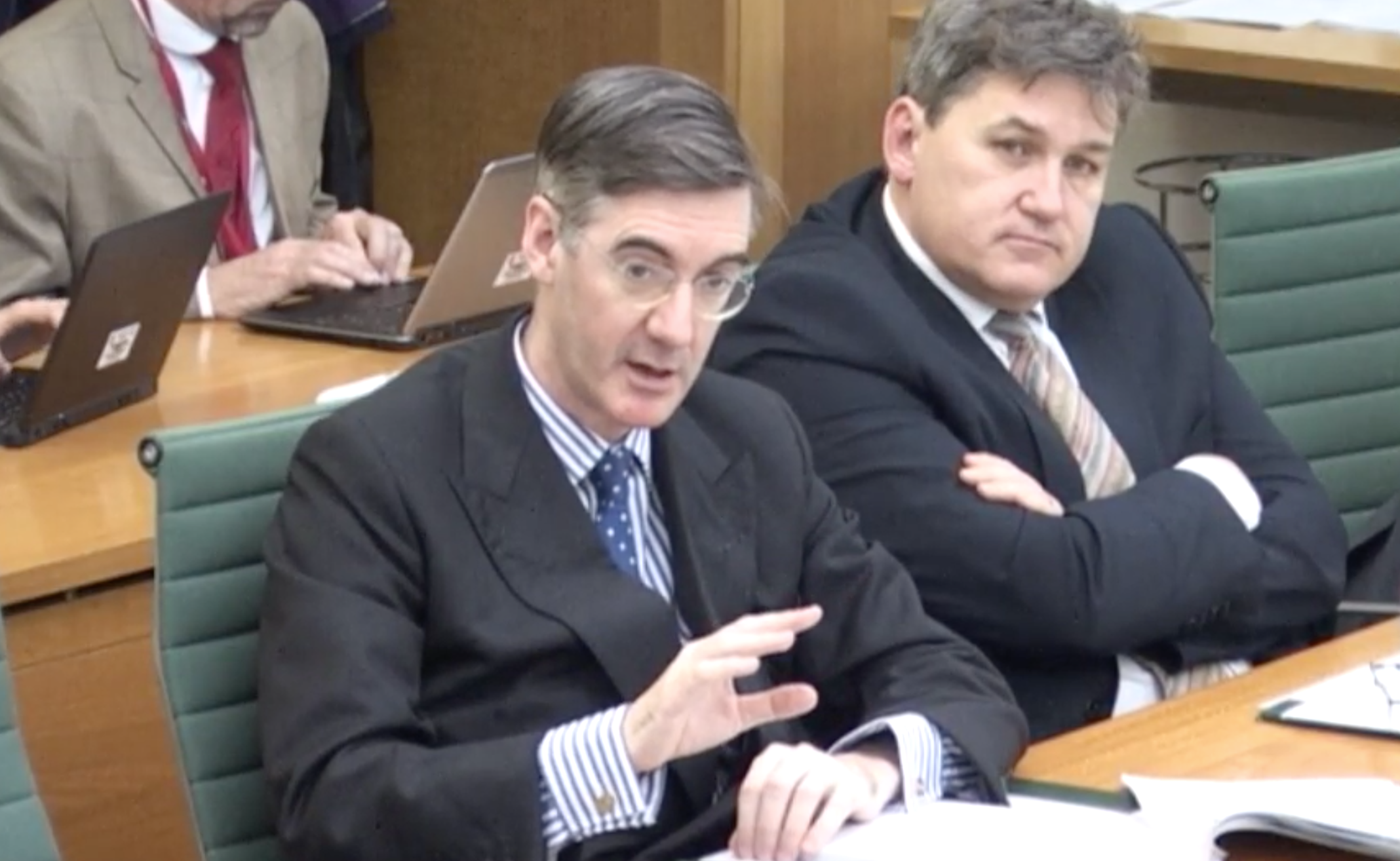 Britain could slash environmental and safety standards 'a very long way' after...

Britain could slash environmental and safety regulations on imported products after it leaves the EU, a Tory MP has suggested. Jacob Rees-Mogg said regulations that were “good enough for India” could be good enough for the UK – arguing that the UK...