Banquet seems to be the cheapest place to order the CD online, if anyone else is thinking of getting it, only 80p postage

Gave it a listen in the car last night. First impressions are that it’s another perfectly competent Mogwai album, but nothing special. Enjoyed the first track, then things tailed off quite badly for a bit. Still don’t see the point in Dry Fantasy; possibly the most anodyne lead single they’ve released. Drive The Nail was kinda trying to do classic Mogwai, but plodded a little bit. Ceiling Granny made me smile a lot, and things picked up from there - Midnight Flit was excellent and overall the second half of the album was stronger than the first. Still got no idea why so many folk are hailing this as ‘their best ever’ or close to it, but

Will give it another go on the way to work tonight.

I think what I miss most about ‘old’ Mogwai is the really propulsive drumming they’ve mostly given up on. Their earlier material had so much more momentum than their newer stuff. Also miss the loud and brutal guitars, quite frankly. I get that they can only record so much in that early vein without getting bored or repeating themselves, but replacing what was their ‘calling card’ with more anonymous, interchangeable synth instrumentation has been to their detriment for me.

finding this album sounds a bit better with each listen

Also miss the loud and brutal guitars, quite frankly.

I didn’t notice that many, so I’ll need to give it another listen.

tbf I read earlier that you have to stream an album 100 times before it counts the same as 1 purchase in the charts, probably still a ways off

I think 10 streams a day of the same song is the max they allow to count too.

Spotify count a stream as being 30 seconds or more so just going to play the first minute of each track 10 times today.

Same here. Bought it from Banquet at your suggestion - anyone but Amazon.

Play first 30 secs of each song in a dif tab, refresh tab, change ip using vpn after 10 plays or login to another account.

I’ll get my army of rats on it

Excited to announce a record store show with @BanquetRecords on 20th July. It's been 25 yrs since we played Kingston & with news of the roadmap & excitement of our new album we're looking forward to a live show! Tickets go on sale Thu 25 Feb @ 11am via bit.ly/gwaiBanquet https://t.co/ZUeRsnUeCS 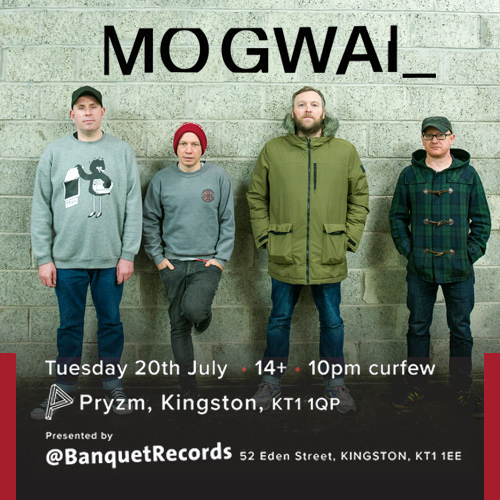 Team Rats of the capital

Hope they remember NI exists on this album/potential tour cycle.

True, it’s been 10 years since they played here, after always coming here pretty regularly before that

I’ve only seen em once but would like to see them over here.
If that’s the show I’m thinking it was (lanterns on the lake supporting?) it was meant to have been a real shitshow of a crowd tho

I’ve always found that about Mandela in its day tbh. At least during term times.

Bit off-topic, but related to both NI and charts, I’ve just been reading that Ricky Warwick is also due to go into the album charts this week, and that he has been the frontman for both Thin Lizzy and Stiff Little Fingers since the last time I heard his name mentioned. Have to admit a bit of a soft spot for The Almighty when I was a youngster.