Here we go then. By popular demand in the Mogwai thread, here’s a chance for us all to listen to Mogwai records together. We’ll do the albums, soundtracks and important compilations chronologically - one per week - and we’ll touch on EPs and other bits and bobs as we go. We can see how we feel about live and remix albums as we go on.

I’m no Mogwai expert at all, but have enjoyed everything I’ve heard by them, so really looking forward to hearing more of their stuff and discussing it with you. And I’ll make sure there’s lots of polls too, because we all love polls.

Just had a relisten a few days ago actually. Really enjoy how primitive it is compared to later stuff, I’d say only Helicon 1 could fit comfortably on a later album in the same form it appears here.

In fact it’s impressive how much they’d developed by the time of Young Team such a short time later, but there’s a youthful innocence to these tracks that’s very charming and I like how short and digestible it is, as an antidote to the epic scope of the first couple of albums. The vocals almost sound a little bit 90s emo at times.

Was surprised when I first heard it how well these stray tracks flow together as an album but it makes more sense after reading that they re-recorded some of them for this. The version of Summer is also far better than the Priority version on Young Team (think Stuart has said reworking it was a terrible idea)

I wonder why Lower missed the cut. I read the other day that the new album’s release date was the exact 25th anniversary of the Tuner/Lower single, which is nice.

Lower is on youtube actually, think this is only my second time ever hearing it 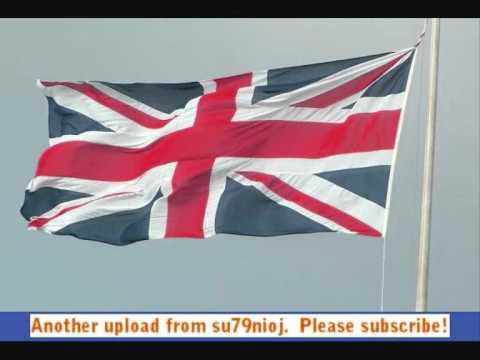 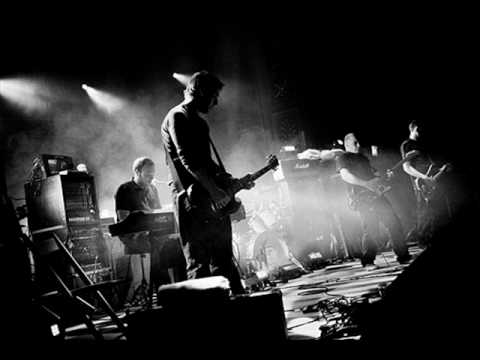 I’m currently listening to this all the way through for what must be the first time in 15+ years. I think the remastering really makes the tracks hold up better than I imagine the original album does, but since I gave all my Mogwai CDs to my dad when I left the UK, I don’t know when I’ll hear that version again.

Ridiculous how even before their debut album came out, they were already this good.

This is the ony Mogwai album that I bought out of sequence (like many people, I bought this after Young Team came out, and before Come On Die Young - every album since then I’ve bought on the day of release). I bought it around November / December 1998 when I was 15, in year 11 at secondary school in Winchster. Funny, given what it sounds like, this album is a Christmas album for me. I remember recording it onto two sides of a C90 cassette (with Young Team stuff filling up the gaps on each side) and listening to it while buying Christmas presents for my family. I had a 5-hour-a-week £4-an-hour cleaning job at a Montessori nursery school, hence why I had enough money to buy this album (from MVC in Winchester, I believe). Especially ‘Summer’ reminds me of Christmas, walking up and down the high street desperately trying to find inspiration for my parents presents.

Stuart said in an interview that they thought of including some of this stuff on Young Team but wanted to go the Joy Division/New Order route of only including completely new material. Shame really as Young Team has a couple of filler tracks.

Not sure if it’s the same person all the time, but there’s a lot of this-era music on Youtube with this picture as the thumbnail / static imagine / whatever it’s called. For years, the only version of Porchlight by Seafood had this, as well as a ton of Six By Seven videos.

I wanted to be a completist around this time. I had a friend who was (in hindsight) hilariously obsessed with Supergrass, and had literally everything they ever did. I tried doing the same with Idlewild, and managed to get everything up to 100 Broken Windows, apart from Queen of the Troubled Teens.

With Mogwai, I realised pretty early how impossible it would be. I think apart from the original 4 Satin Ep on CD (if that counts), and the ridiculous Black Sabbath 7" split single with Magoo that Fierce Panda put out, I don’t think I ever owned any of the early singles, so it’s a godsend that this album exists

Especially ‘Summer’ reminds me of Christmas

Helicon 1 (or is it ‘New Paths to Helicon part 1’?) I’ve never known exactly how to name these two tracks

As far as I can tell, they were New Paths to Helicon Parts 1 and 2 on the original single and then shortened to just Helicon 1 and 2 for Ten Rapid, and then on live albums/compilations it seems to vary. I tend to stick to saying it the short way.

Sorry I’m not good at knowing how to quote messages etc but I think it’s the ‘chimes’ of ‘Summer’ which are glockenspeil (I think, everyone correct me if I’m wrong) remind me of the bells of Winchester Cathedral at Christmas time. It’s probably a good thing I’ve never been left in charge of compiling a Christmas compilation, as I’m sure the dead good blast of noise that comes up in the middle of ‘Summer’ might not gel with The Pogues, Mariah Carey etc.

I’m trying to remember exactly which tracks they spoke about, I remember reading Mogwai interviews in the past where they shit on some of their old songs. I vaguely remember either this version of Summer, or the Young Team version being looked on unfavourably. and I’m Stuart said something negative about ‘Stereodee’ at one point. I wonder if Lower was one the early songs they loathed so maybe that’s why it didn’t make the cut.

Ok, I can’t edit it now because the post was created ‘too long ago’ but the number 5 song on my list should be A Place for Parks

The guitarist for the band that Pavement’s Stephen Malkmus once called “the best band of the 21st century" puts his own albums in order.

I vaguely remember either this version of Summer, or the Young Team version being looked on unfavourably.

Definitely the Priority version he dislikes and says they “must have been on drugs when we made that”. They still play the Ten Rapid version live (or did as recently as 2015 at least) 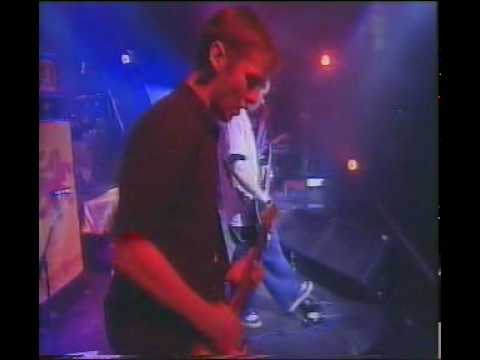 Since people are talking about Summer.

I would love a bootleg of that whole show. I doubt it was the first time they played it, but the first time I heard Ex-Cowboy was on a CD that came free with NME, from the same show.

I love the versions that ended up on Come on Die Young, but I can only imagine how intense that triple-whammy run of Ex Cowboy - Chocky - Xmas’ would be if they’d used the Ep version of Xmas Steps and the tempo of this version of Ex-Cowboy.

Have they ever performed Chocky live? 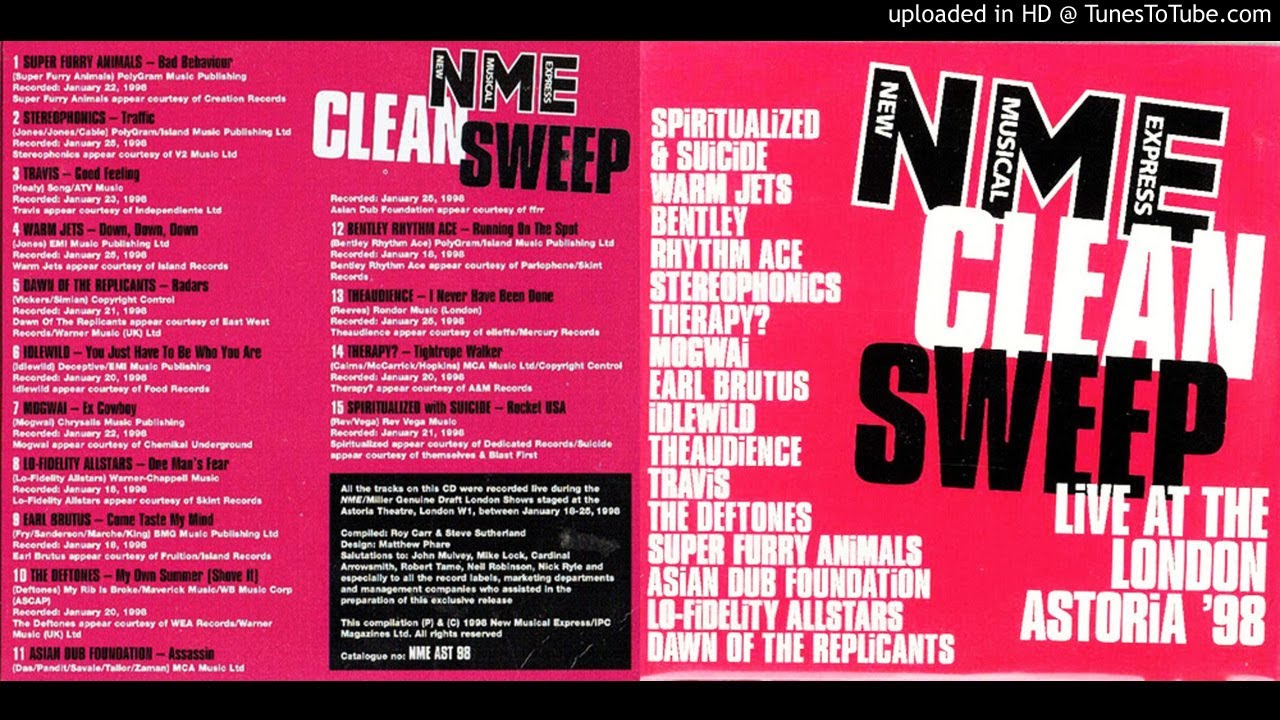 Have they ever performed Chocky live

Twice. The same number of times as Ceiling Granny

Twice! I guess with a band who do a lot of long songs, you can’t play all the long ones every time, but weird that they maligned that one. But I guess I’ll wait for the Come on Die Young era to mull over it. I’m sure there are other tracks on that album they haven’t played much either

What’s wrong with the yt version of Summer? Think it sounds fab although it was the first version I heard so I guess it sounds normal to me if that makes sense.

even though i heard YT long before Ten Rapid i don’t think i ever digested the more ‘throwaway’ tracks that much so never paid much attention to Summer Priority, whereas on Ten Rapid it’s a standout so i ended up becoming much more familiar with that before it even occurred to me that they were the same song. now the YT version sounds all wrong and weird to my ears. also think i just don’t really like the keys on it and i think the song structure is much better on the original

it’s fine, but not as good

Maybe I should keep my powder dry for when we do YT but I’d never considered any of the tracks throwaway! It’s an album I’d give 10/10 to and when I had a university radio programme, summer was the track off YT I played! Partly that’s to do with it’s length being more suited to the format but I loved that song!

Surprised at the lack of love for Ithica which does quiet/loud and the build up almost perfectly. It pretty much encapsulates everything that makes them what they are in around 3 minutes. The low churn and scorching noise of Like Herod was the next best thing they did.

I only got round to listening to Ten Rapid when they reissued it in 2018.

Short and pretty much a perfect introduction to the band imo. Lots of Slint-esque moments. Maybe it sounds a bit like a band finding their sound and it doesn’t always quite come off but I think the odd raw moment adds to it’s charm.